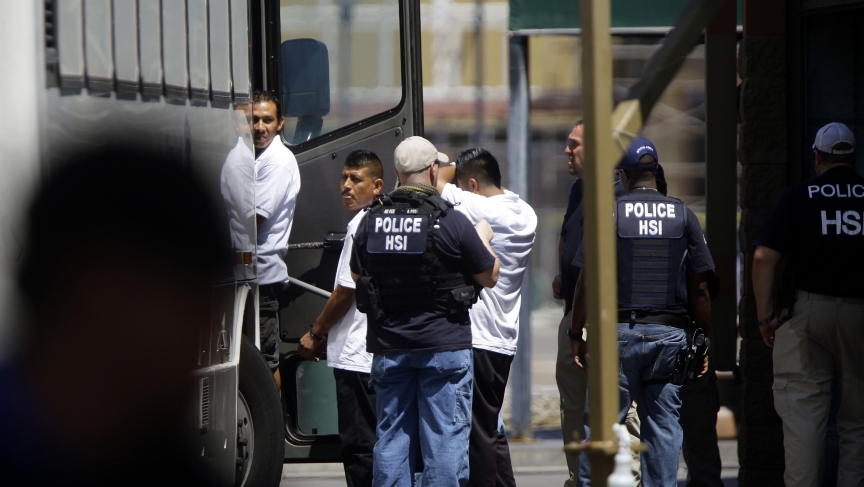 In the debate on immigration reform, data about what government agencies are actually doing isn’t always easy to obtain.

Enter TRAC, the Transactional Records Access Clearinghouse at Syracuse University. TRAC is a research center created in 1989 to publicize federal data on everything from enforcement to spending, and a common reference for scholars and news media.

TRAC co-directors Susan B. Long and David Burnham have filed a lawsuit alleging that the Department of Homeland Security (DHS) and Immigration and Customs Enforcement (ICE) violated the Freedom of Information Act (FOIA) by blocking their access to data. Long and Burnham say ICE unfairly classified the research organization as a commercial entity, thus subjecting them to fees associated with gathering and sharing the requested data.

A second lawsuit filed in January alleges that ICE and Customs and Border Protection (CBP) are violating FOIA by not providing comprehensive data about immigration investigations and enforcement that was first requested in 2010.

Long, a statistician who has been co-director of TRAC for 25 years, says they’re seeking underlying data, the “case-by-case anonymous information” about how immigration laws are enforced.

TRAC has been seeking data on immigration since 2005; Long says they routinely make six requests per month. But this is the first time ICE has classified TRAC as a commercial entity.

An ICE spokesperson declined to comment on pending litigation but pointed out the agency’s FOIA policy, which states commercial requests for information “are charged for search time, document review, and duplication.”

Margaret Kwoka, an assistant professor at the University of Denver’s Sturm College of Law who researches FOIA requests, says that ICE labeling TRAC as a commercial entity is “a big stretch.”

“I think that there are legitimate problems that government agencies face,” Kwoka says, “but there’s also a natural tendency to err on the side of caution, which is non-disclosure. If it’s a matter of not wanting to produce these records, I think that’s a real problem.”

Long says that TRAC is a nonprofit, like other departments at Syracuse University, and makes immigration data freely available on its website. They charge fees to use some of the tools and server space required to analyze data to cover a portion of their operating costs.

While there are many hurdles to complying with FOIA — from limited resources within an agency to process requests, to scrubbing data to remove information related to national security or ongoing investigations — Kwoka says this particular claim raises questions about whether ICE is trying to obstruct access.

For Long, these lawsuits are about making immigration enforcement more transparent. She has requested that ICE provide an index of the data they are tracking, so researchers like her can make more focused requests for information. Right now, she says, researchers might have clues about what data is available from reports and statements, but they don’t have a full picture of what government agencies are doing to enforce immigration laws.

“It’s like a mystery, trying to put the pieces together,” Long says. “It’s the blind man feeling the elephant.”

Long offers this example of the kind of data they would like to access: Local police use “ICE detainers” to hold individuals slated for deportation proceedings. Many people, she says, would like to know how often these detainers are used in their communities and how often they result in deportations, but that data simply is not available. “There is no way to trace what happens, even in a statistical way,” she says.

“Information is power. If you can withhold information, you can more successfully move things in the direction that you want. If we don’t know what’s going on, we aren’t going to be contesting it,” says Long.

Have you ever tried to get information from the government? How did it go?