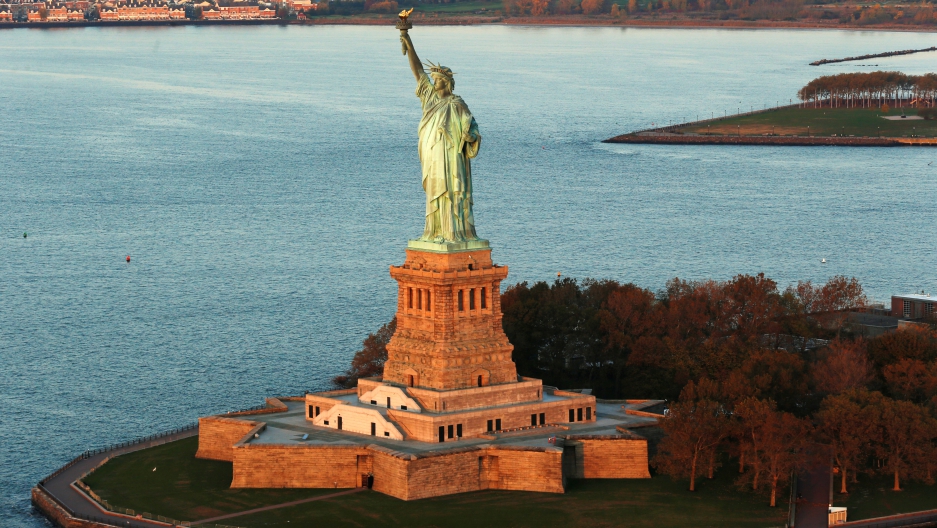 The sun lights the Statue of Liberty in New York, November 2016

New Yorker Kelly Yzique is currently protected from deportation from the US by the DACA program, created by the Obama Administration in 2012. But she thinks President Trump will cancel it, making her and more than 750,000 other immigrants eligible, immediately, for deportation.

"I feel like he will," Yzique says, despite signs that Donald Trump presidency may not revoke or cancel the program within the first weeks of his presidency as he pledged to do numerous times on the campaign trail. This weekend, White House Chief of Staff Reince Priebus told Fox News Sunday, "I think we're going to work with House and Senate leadership ... to get a long-term solution on that issue."

"Nothing is stopping [Trump] from just signing an executive order and overturning everything," says Yzique, whose parents brought her from Peru to the US illegally as a child. Now 25 and a college graduate, Yzique has made good use of Obama's Deferred Action for Childhood Arrivals program to start working and building a career. She's employed now by a non-profit organization that seeks to help women internationally and protect women's rights.

The day after Trump was elected, Yzique spoke with PRI's The World on the condition that her identity not be revealed. At the time she said she was frightened by an atmosphere of intolerance and immigrant bashing. No more. 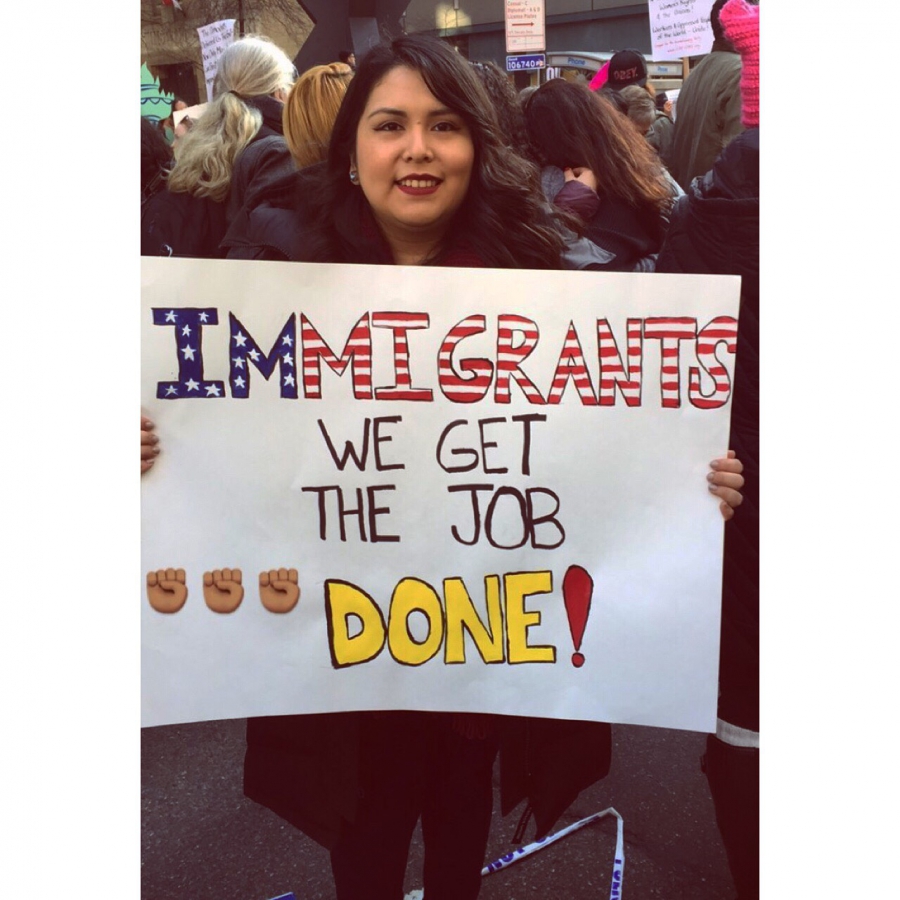 "After thinking about it and seeing a lot of people coming out and sharing their stories, and a lot of support, I feel like giving my complete name and my face to the problem actually brings awareness," Yzique says. "It's like a weight off your shoulders, and it lets you tell a better story without having to lie constantly or make up things."

Yzique is taking a courageous stand. After all, if DACA is revoked, there will be consequences. While few observers believe the 750,000-plus DACA recipients would be the first to face deportation, their change in immigration status will mean that undocumented Americans like Yzique could no longer legally work.

"At first I was very scared, but now I feel a lot more powerful," she says. "Even though there is this looming threat, I feel like I just need to remain calm and seek other ways and try to tell my story."

"We're not here to mooch off government assistance. We're really here to try to be part of the society, and a lot of us have accomplished that in [the] four years [of DACA], entering the work force and contributing so much already."

Yzique's family is a mix of undocumented immigrants, US citizens and immigrants like her parents, who have permanent resident status. Yzique foresees a scenario where her parents are allowed to stay in the US, while she, without protection of DACA, could be forced to leave.

Yzique has overcome the fear she felt after Election Day last November and is taking action.

She says it's important now to be an activist, "to create networks and connect with people and share our stories, and continue fighting. Because even though we are undocumented doesn't mean that we don't have rights — which we do — and we are demanding that our rights are upheld. And even if I am not able to work legally, I will continue to let the administration know that I am here, and that I'm ready to take on anything."