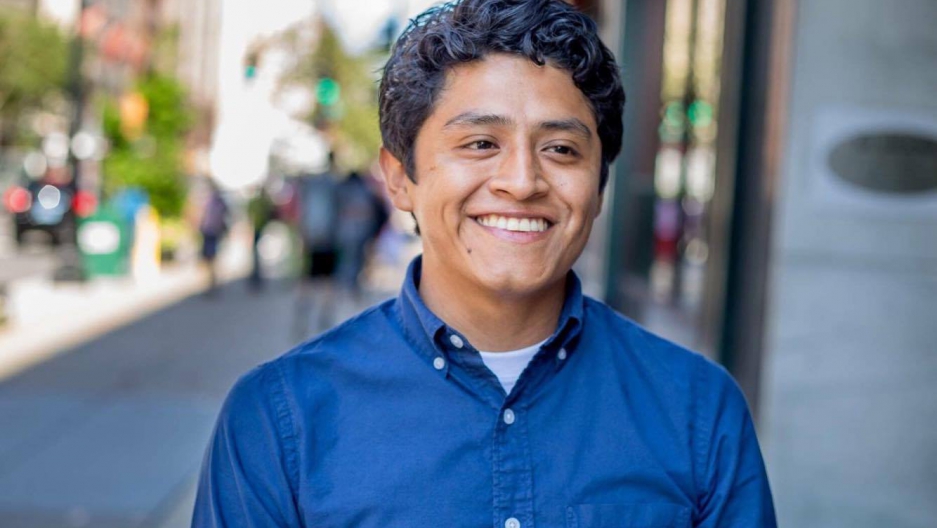 Oliver Merino is a museum educator and an activist for the rights of Dreamers — people brought to this country at a young age, without documents.

No matter how hard he studied, Oliver Merino knew he could only aspire to a low-end job.

"I was mostly working restaurants, retail stores, places where you didn't really need a college degree. But because I couldn't get into certain jobs — I couldn't even apply, because I didn't have a valid social security number."

Merino's parents brought him to the US from Mexico, when he was 10. He and his family crossed the border without papers. They joined more than 11 million people who are undocumented in the US. In 2012, President Barack Obama signed an executive order giving people who were brought to the US as minors, like Merino, a temporary reprieve — DACA, deferred action for childhood arrivals. Under DACA, Merino, now 27, didn't get legal status, but he did receive a temporary reprieve from deportation, a chance to come out in the open and get a better job. As a museum educator in South Carolina.

But he's always known it's a shaky solution. Immigration was one of the contested issues in this presidential campaign and President-elect Donald Trump has said he is staunchly opposed to DACA and would get rid of it.

Kelly, 25, also has DACA status. She asked us not to use her last name because she's worried about how she may be treated after this entire election. "I feel that I'm being disrespected. I'm being disrespected in that I'm the 'other,' in terms of not being what they considered a citizen, or somebody that should be in the United States. And I'm also a woman. And I'm a woman of color."

Kelly was brought to the US from Peru when she was a child. She and her parents overstayed their visa. She says DACA gave her a temporary sense of ease, but she's never been sure about the future. And now, even less so.

"Usually I get asked these question, 'What are your long-term plans?' And I always say, 'I don't have any.' Because I don't know what's going to happen. So, now it's like I'm worried. I'm very scared." Kelly breaks down, asks for a second to catch her breath before continuing. "What's going to happen next if the program ends. Then where do I stand?"

Merino says he's not scared about his own future. He's more worried about those around him, who don't have any legal protection. "People like my mom and my dad. Friends that did not qualify for deferred action, and now I think they are in jeopardy."

Wednesday night, he'll be meeting with friends and family to discuss what their options are, if indeed, the Trump administration cancels DACA.