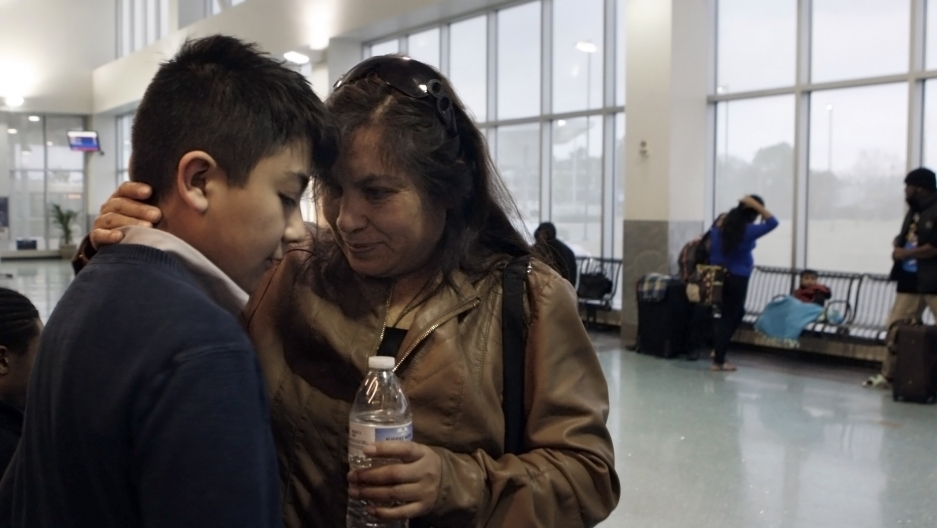 Dustin Ramos, left, waits with his parents at a Memphis bus station. Dustin was born in America. His parents crossed the desert to come to America from Mexico. In 2015, they decided to leave their sons in Memphis and return to their native country.

In December 2015, a family arrived at Memphis' Greyhound bus terminal, a modern, spacious new building near the airport. The parents, Mexican immigrants, were about to say goodbye to their three Mexican American sons.

The parents planned to board a bus that would carry them from Tennessee to Dallas, where they would take a plane to Mexico, a country they hadn't seen for almost 13 years.

The sons seemed tense. A few days earlier, Dennis, the oldest at 25, said he felt emotionally and financially ready to act as co-leader of the household with Isaias, the middle son who was then 21. Isaias said he sometimes felt scared, but thought they could handle the responsibility.

Dustin, the 12-year-old, spoke up. "Just like Isaias, I'm scared about change," he said. "Like, it's not going to be the same when I wake up, seeing my parents standing there in the kitchen. Or something like that. It'll just be sad, to me.

"But the good thing is I'll still have my brothers to guide me."

The mother and father had entered the country illegally, and once they left, would have no right to return to the US. Years might pass before the whole family sees each other again. In the meantime, the two older sons would take care of Dustin.

But Mario Ramos and his wife Cristina Vargas weren't being deported. Like many Mexican immigrants, they were simply choosing to go home. They told me it had nothing to do with President-elect Donald Trump, a mere candidate at the time of their departure in 2015. 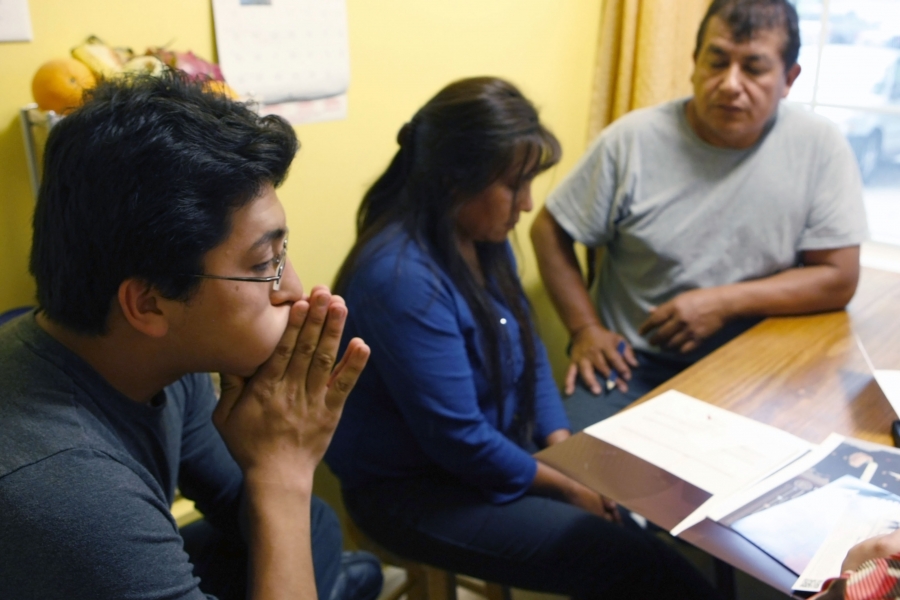 Isaias and his parents listened as visitors from school, not pictured, outlined his options for college in 2013. For Christina Vargas, it was difficult to think of separation from her children. She imagined Isaias becoming a father to a grandchild that she couldn't see. “That’s the feeling that kills me,” she said once, and began to cry.

Not only did fewer Mexicans come to this country, many Mexicans went home. Between 2009 and 2014, slightly more than one million Mexicans and their US-born children left the US for Mexico.

Also: What it's like to return to Mexico, from the perspectives of three kids who grew up north of the border 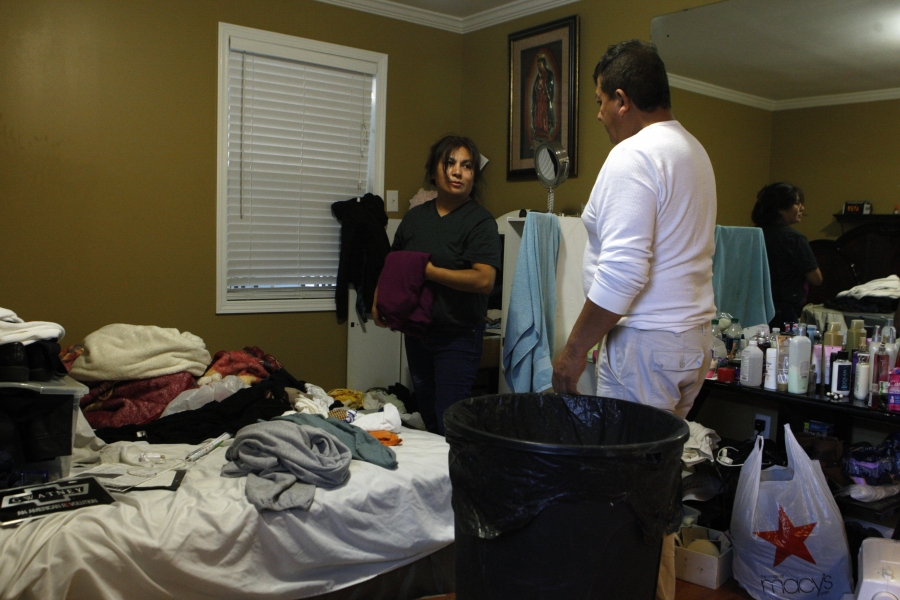 Mario Ramos and Cristina Vargas packing to leave the US. They returned to Mexico in 2015, after living in Memphis for 12 years.

In the years I have spent interviewing the Ramos family and other Mexican immigrants and their children, I've seen that many children of immigrants have much stronger cultural, economic, linguistic and social ties to this country than their parents do — and they're often native-born US citizens. It's easy for me to imagine that a Trump presidency might encourage more Mexican adults to return to their country of origin and, in some cases, the children might choose to stay behind. In that sense, the Ramos parents' return in 2015 might serve as a preview for what is to come.

Mario and Cristina's sojourn in America began in a busy migration year, 2003, when they walked through the Arizona desert with their two oldest sons. Their youngest son was born in Memphis.

The parents said later that they came for simple reasons: Cristina wanted funds to renovate their house in Mexico; Mario wanted better education for their boys.

They planned to stay in the US for three years, earn money, and go back. But their sons settled into American life, doing well in school and learning English. Mario and Cristina never learned to speak English well, but earned a solid income running their own painting and remodeling business. Their oldest sons received social security cards through DACA, President Barack Obama's 2012 Deferred Action for Childhood Arrivals program.

It offers relief, two years at a time, from deportation and work authorization to young immigrants who were brought to the US as children and have shown that they pose no threat to public safety. The oldest two sons finished high school and gradually began leading the small family company.

At the end of 2015, Mario and Cristina felt ready to return to Mexico.

Trump and other candidates were already making anti-immigration statements, but Mario and Cristina said they didn't care about politics. Rather, they said they feared losing the house and other parcels of land they still owned in Hidalgo.

Other Mexican immigrants left for other reasons. According to a survey, 61 percent of departing Mexicans said they had returned to their home country to reunite with family or start a new family. That result surprised Ana Gonzalez-Barrera, the researcher who authored the report on Mexicans leaving the US. She said she'd expected to see more departures due to deportations or losing a job. She didn't have any data on cases of immigrant parents leaving children in the US.

Some of Mario and Cristina's friends questioned their decision to return. But what had brought them to America in the first place wasn't purely economics, but also a sense of exploration. Now they talked about moving to a beach town in Mexico, or perhaps even another country, like Germany or Chile.

Mario and Cristina packed up their belongings and celebrated a final Christmas with family and friends in Memphis. At the Greyhound station on December 30, 2015, they hugged their sons goodbye, then walked through a portal to a waiting bus.

It was over in an instant, the sons on one side, the parents on the other, only a few feet away but somehow already gone. 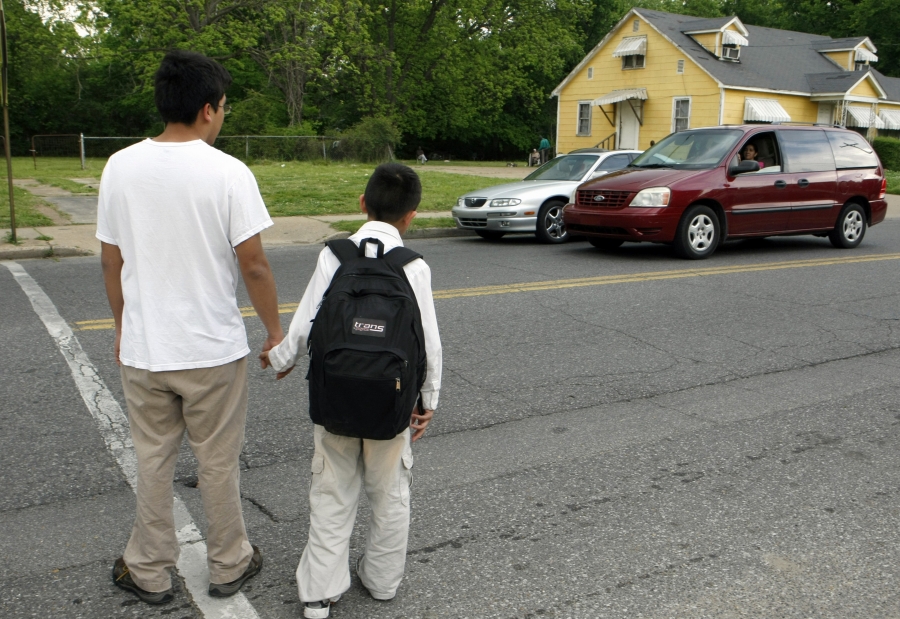 Isaias Ramos takes care of his younger brother, Dustin. Their parents taught their older sons how to care for their younger brother as they planned to go back to Mexico, leaving their children in Memphis, Tennessee.

In the months that followed, Dennis and Isaias continued painting and remodeling work and made sure their little brother went to school. They earned enough money, Dennis said, and were otherwise dealing with the challenges of life on their own.

Almost every night, the Ramos sons in Memphis used video chat to talk with their parents in Mexico. When I spoke with Mario and Cristina by video this summer, the screen showed them in a gleaming white kitchen with modern appliances, the result of their renovations on their old house in Mexico.

They talked about having their youngest son come visit them, maybe next summer. Because he was born in Memphis, he is a US citizen and can cross borders easily.

"He needs us, of course," Mario said. Cristina said, "We want him to come."

They weren't sure of future plans. "We live well," the father said. "But we miss our children."

A few months after we chatted by video, Trump was elected.

Now the Ramos family's prospects are up in the air again. On New Year's Day, Dennis told me he and Isaias were considering leaving the country with Dustin, probably to Canada. They had even spoken with a local realtor about selling their house and two rental properties.

During the campaign, Trump said he would end DACA, which gave Dennis, Isaias and some 740,000 other young immigrants the ability to work and live in the US temporarily, without fear of deportation. Trump has since suggested he might not end the program after all — he told TIME magazine in December, "We're going to work something out that's going to make people happy and proud" — but Dennis has his doubts.

"I think that's a very likely possibility and that would mean we will become undocumented again. And that would mean life would get harder again." In a worst-case scenario, the government would come after them, he said. 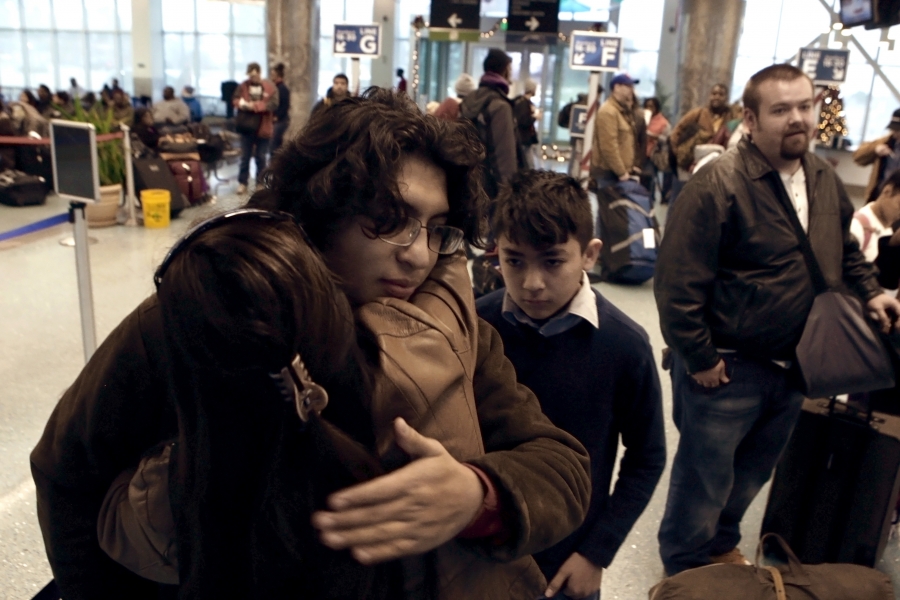 Cristina Vargas hugs her son Isaias moments before boarding a bus to leave Memphis and return to Mexico. She and her husband were undocumented and and decided to return voluntarily. They still owned property in their hometown, and they wanted to sell it.

Large-scale deportations strike Dennis as unlikely, but he also said it's unlikely that he and Isaias will gain the permanent residency or citizenship that would give them a stronger foothold in the US, where they have lived for 14 years, where they finished high school and where they played in a punk rock band called Los Psychosis.

"We have ideas and we have dreams and they're not likely to happen anytime soon in this country. So now we're looking at our options. Whether it's here, or in Europe, or even back in Mexico."

They're particularly interested in Canada because it's a developed country. They could transport their vehicles and equipment overland. And Dennis had also seen discussion on Facebook about Canada's recent decision to lift its visa requirement for Mexicans, making it easier for them to enter the country. If they earned legal status in Canada, they could travel easily to Mexico to visit their parents, something that's hard for them to do today without special permission.

Many other families likewise have mixed immigration status, with parents here without proper documentation, older siblings who may have DACA, and younger children who are citizens. A 2016 Migration Policy Institute report estimates that 5.1 million children — that's 7 percent of children in the US — have at least one parent who is undocumented. Most are US citizens themselves.

I asked Dennis what he thought: Would Trump's election mean more parents return to Mexico while their children remain in the United States?

"I'm not sure, to be honest," he said. "So far, I don't know of anybody who's just said ‘Ok, I'm leaving back to Mexico because of this.' But I'm sure there are some people who have, who are planning on leaving."

Read more about the Ramos family in Daniel Connolly's The Book of Isaias: A child of Hispanic immigrants seeks his own America, published in fall 2016 by St. Martin's Press of New York.