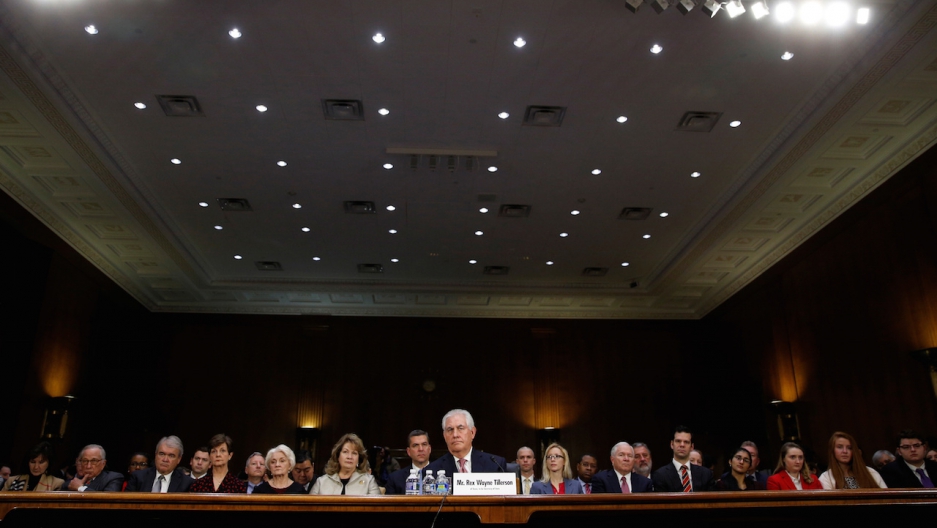 President-elect Donald Trump's nominee to be secretary of state, Rex Tillerson, acknowledged Wednesday that Russia poses an international danger and that its recent actions had "disregarded" US interests, as he faced a Senate grilling.

The former ExxonMobil chief executive's remark in his opening statement came against a backdrop of controversy over alleged Russian interference in the US presidential election and his own close ties to President Vladimir Putin.

Tillerson, whose entire professional career has been in the energy industry, has faced criticism for negotiating with several authoritarian leaders around the globe in his decades with Exxon.

But he stressed that as Washington's top diplomat, he will conduct a more robust US foreign policy than in recent years.

"To achieve the stability that is foundational to peace and security in the 21st century, American leadership must not only be renewed, it must be asserted," he said.

Trump has publicly stated he would like closer US ties with Russia and Putin, but Tillerson appeared keen to assure lawmakers, including some skeptical Republicans, that he will hold a tough line on Moscow.

"Our NATO allies are right to be alarmed at a resurgent Russia," he said, adding that the United States "must also be clear-eyed about our relationship with Russia."

"Russia today poses a danger, but it is not unpredictable in advancing its own interests," he said.

He also hit out at China, warning that the Asian power pursues its "own goals" and has not sufficiently helped rein in a nuclear-armed North Korea.

"China has proven a willingness to act with abandon in the pursuit of its own goals which at times has put it in conflict with American interests. We have to deal with what we see, not what we hope," Tillerson said.

"It has not been a reliable partner in using its full influence to curb North Korea," he added.

Beijing is a close Pyongyang ally and is seen as critical in helping contain the pariah state's nuclear activities.

But the former oil executive said disagreements with Beijing on some issues should not preclude "productive partnership" on other matters.

Republican former secretary of state Condoleezza Rice and secretary of defense Robert Gates — whose consulting firm has worked for ExxonMobil — recommended the 64-year-old Tillerson to Trump.

And Trump, himself a billionaire businessman with property interests around the world, was impressed.

"The thing I like best about Rex Tillerson is that he has vast experience at dealing successfully with all types of foreign governments," Trump tweeted.

The Democratic minority in the Senate will try to make life difficult for Trump's cabinet nominees, and a handful of Republicans have raised concerns about Tillerson's candidacy.

If just three Republicans jump ship, Tillerson could be among the first and most high-profile victims of the spat, despite heavyweight players mobilizing in his support.

Until he stepped down from ExxonMobil on New Year's Eve, Tillerson was also director of Exxon Neftegas, an affiliate that operates the Sakhalin-1 field in Russia's Far East.

The US parent firm was chasing greater investments in Russia, including Arctic fields, and Tillerson was a familiar and popular figure in Moscow, winning his medal from Putin in 2012.

This made ExxonMobil under Tillerson a staunch opponent of US and international sanctions against Russia for its aggressive behavior in Ukraine, where it annexed the Crimea region.

But on Wednesday, Tillerson admitted Russia had taken "illegal action" with respect to Crimea.