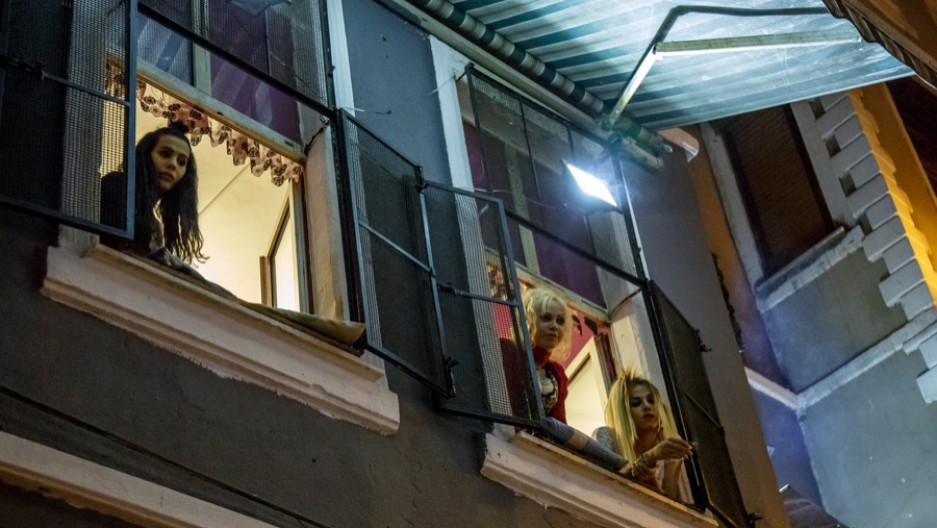 Only last year, Beste was at high school, dreaming of going to university to become a vet. But after a series of attacks from her family, who beat her, destroyed her clothes and locked her in her room, she left home.

Now the 18-year-old sits at the window of a transgender brothel in Istanbul’s run-down Tarlabasi neighborhood. Wary and standoffish, she doesn’t do the big hair and false eyelashes ubiquitous among her co-workers. She prefers the sort of punk princess look typical of many girls her age.

She has only been working at the brothel for a few weeks. Before that, she tried working on the streets, but left after the police roughed her up and threw her in a cell for a night. She earns less here, 50 Turkish lira (US$14) per client, but feels safer, even though police regularly wait at the door so they can extort money from the sex workers.

Unable to talk at the window, she tells her story via WhatsApp, a phone texting app. She says her experience of sex work has been a “disaster.” Just recently, she tried to kill herself. She doesn't want to sell her body any more, but feels “obliged.”

There is literally nowhere else for her to go.

It's a typical tale. “In Turkey, around 95 percent of transgender women end up doing sex work,” says Celik Ozdemir, 40, spokesperson for the Istanbul LGBTI Solidarity Association. “Nobody gives them a job, nobody allows them to access education, nobody's family accepts them.” Few survive beyond the age of 60, he says.

The statistics make for grim reading. Turkey has the highest known number of trans killings in Europe — 43 between 2008 and April 2016, according to rights group Transgender Europe. Most go unreported, but, in August, the brutal killing of Hande Kader, a 23-year-old sex worker and activist, shocked the nation. She had last been seen entering a client’s car. Her body was found burned in a forest.

“Dying a natural death is a wish of all trans people,” says Deniz Tunc, 33, a friend of Kader’s. In a country where being gay is heavily stigmatized, men often gang up to attack and rape transgender sex workers, she says. It’s a means of channeling self-hatred.

“I cannot cry when one of my friends is murdered because I have gotten used to living with that. You get your feelings under control,” Tunc says.

Huzun Coskun, a transgender 30-year-old, is a bar tender at a bar called No Name.

On Tarlabasi Boulevard, transgender sex workers openly ply their trade. There is no shortage of demand. Arzu, 28, sees five or six clients a night, receiving 100 lira ($28) an hour “for all services.”

“I hate this work,” she says. “One month ago, I was raped by five guys. They stole my bag and my money.”

She went to the police, who told her it was her fault. Not that their response surprised her. The police are also her tormentors, regularly threatening violence or imprisonment unless she shells out payments. Such cases of systematic police harassment have been widely reported by human rights groups like Amnesty International.

“The police are a problem. The criminal gangs are a problem. I give money to everyone,” says Arzu. She also pays 120 lira ($34) a night for accommodations, because she says no conventional landlord will rent out their property to a transgender woman.

It’s a battle for survival. “This is the problem of all transgender people,” she says. “Hande Kader could happen to me or another friend.” 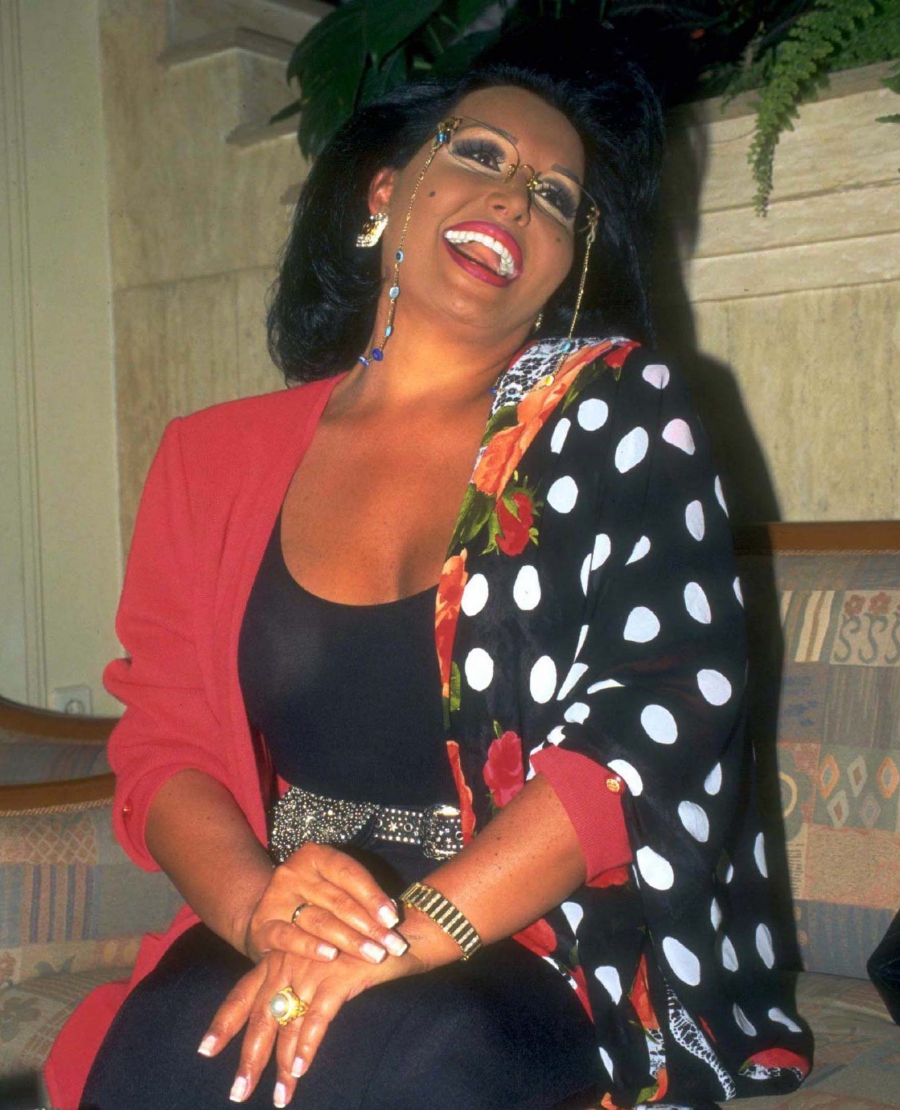 One of Turkey's best-loved singers, Bulent Ersoy was banned from singing for several years after a Turkish military coup in 1980.

The conspicuous nature of Istanbul’s transgender sex trade seems remarkable in a predominantly Muslim country, one of the many paradoxes of a society at the meeting point between East and West. But, while homosexuality was decriminalized in the dying days of the Ottoman Empire, way before most European countries, there are no laws protecting LGBTI people from hate crimes.

In present-day Turkey, double standards prevail. Gender-bending stars like Bulent Ersoy are showered with public affection, while transgender people on the ground face a daily struggle to stay alive. Under the leadership of President Recep Tayyip Erdogan, who has been steering the country away from its secular traditions toward a religiously conservative mindset, homophobia is on the rise.

Any hopes of legal progress have evaporated since the 2013 Gezi Park riots, in which LGBTI activists took a front-line stand against the increasingly authoritarian regime of the Justice and Development Party, or AKP.

This year's gay pride march — the largest in any predominantly Muslim country, drawing tens of thousands of participants — was banned by Istanbul city authorities after hardline religious groups threatened violence.

LGBT rights activists hold a rainbow flag during a transgender pride parade that was banned by the authorities in Istanbul on June 19. Listen to The World's report here.

Officials imposed the ban on security grounds. And while it’s true that the country has undergone a series of attacks blamed on ISIS and armed Kurdish groups over the past two years, critics believe that the timing of the event, which coincided with Ramadan, was the more likely reason. 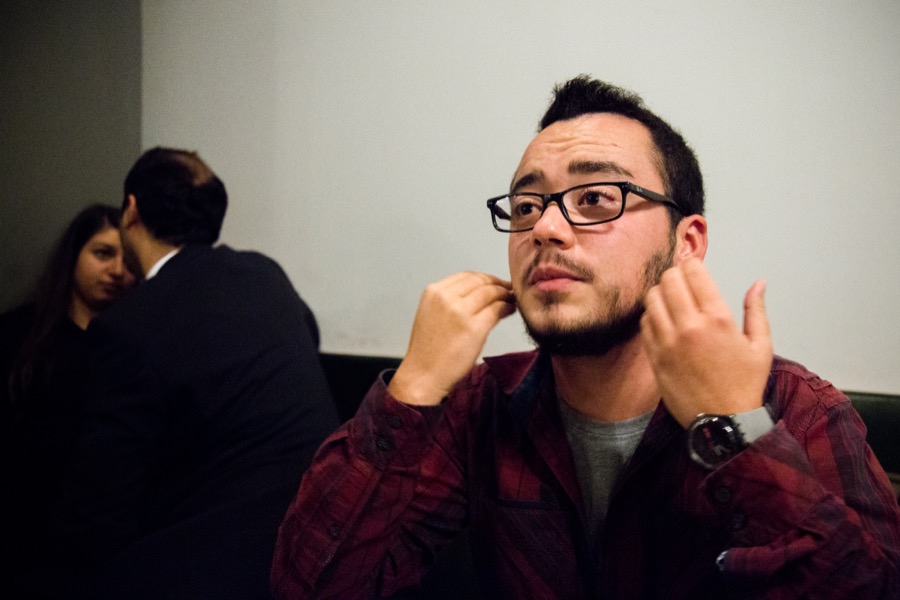 Emirhan Deniz Celebi, 26, a transgender man who leads a rights group in Istanbul.

“They don't attack terrorists like they attack us,” says Emirhan Deniz Celebi, 26, a transgender man heading up rights group SPoD. On the one hand, Hande Kader was a turning point for people becoming interested in trans issues, he says. On the other, hate crimes are becoming more frequent in the current political climate. Last year, the Anatolia Muslim Youth Association, one of the most extreme religious groups in the country, hung posters on the city streets, calling for LGBTI people to be killed.

But Esmeray, 43, a former sex worker turned journalist and playwright (known in the media world by her first name only) believes things have not really gotten worse. She has vivid memories of the police’s violent crackdown on transgender people on Ulker Street, close to Tarlabasi, in the early ’90s.

“They rounded them up, stripped them naked, cut off their hair and beat them before expelling them from the city,” she says. The affair earned the district chief of police, Suleyman Ulusoy, the nickname Suleyman “the Hose” (Hortum Suleyman), because he used hoses to beat victims. 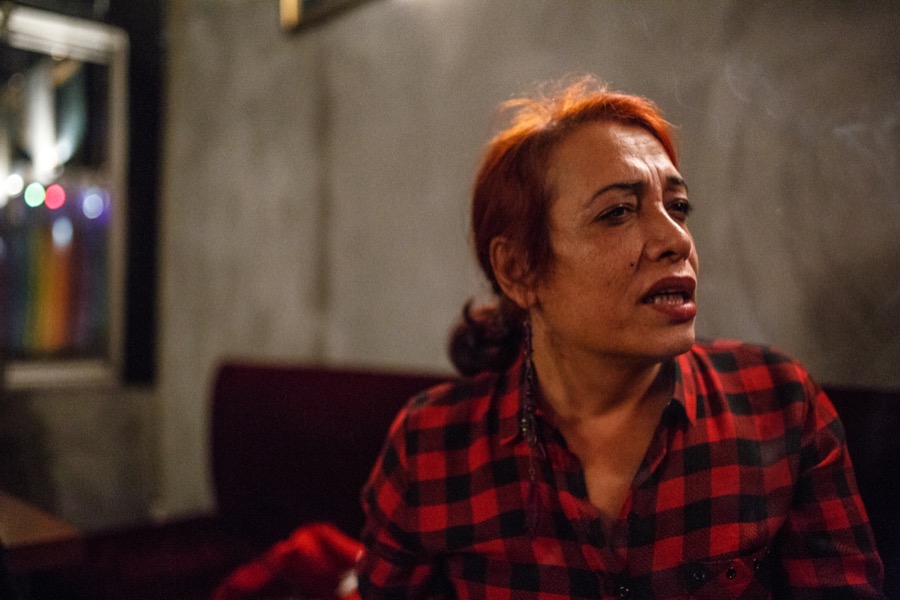 The danger right now is that Erdogan feels legitimate in the current crackdown because he won a majority in the last elections, Esmeray says.

In the No Name bar on Tarlabasi Boulevard, transgender women chat with potential clients against a backdrop of strobe lights and banging techno beats. The atmosphere here seems more relaxed. Unlike the streets and the brothel, the bar staff and sex workers talk without looking over their shoulders.

Arya Tan, the 30-year-old manager, watches over a “family” of 11 or 12 trans sex workers, keeping tabs on their safety when they head off to a local hotel with clients. With her bobbed hair and glasses, she resembles a beady-eyed school teacher, noting every interaction between the workers and the men who seek out their services.

“I protect them. They trust me. They know that I see everything at the bar,” she says. 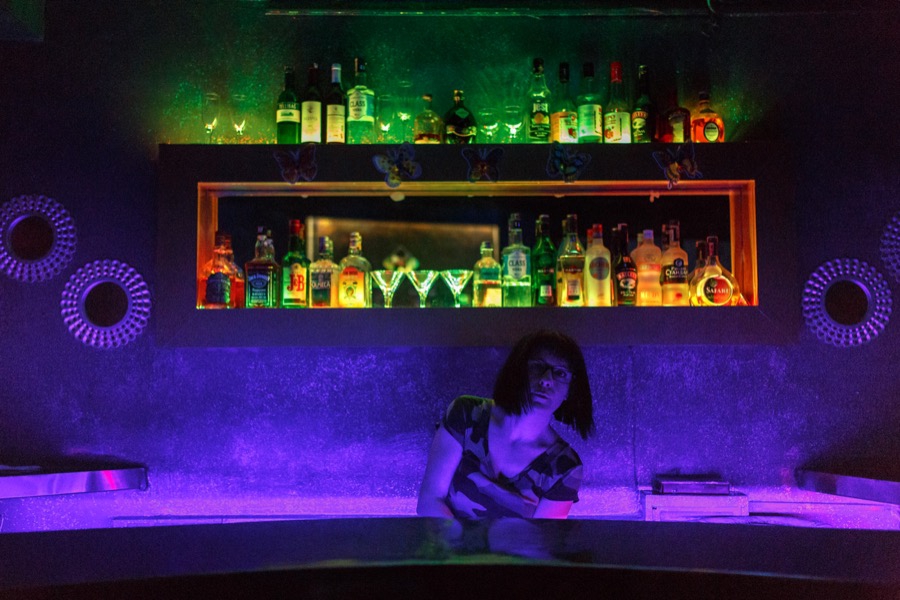 Arya Tan, the 30-year-old manager of the No Name bar in Istanbul.

Three clients are bunched in a little group, dancing bare-chested under disco balls in front of a mirror, seemingly oblivious to the presence of the trans women around them. They are not up for talking. “Many are married with children. When you ask them, they say they are not gay. They are in denial,” says Tan.

Last summer, part of Turkey’s military attempted, and failed, to overthrow the president. As the government retaliates, rounding up suspected coup participants and cementing its power, the outlook is darkening for the country’s transgender people.

But Beste is determined to fight for her basic human rights. “I wish for a new life, a new school and a home,” she says.

“I will never give up living the way I feel. I will be who I am eventually.”

Beste and Arzu’s names were changed to protect their identities. Beste feared further attacks from her family. Arzu feared reprisals from the criminal gangs that control the streets where she works.

Listen: The World in Words podcast on the secret language of Turkey's LGBT community