Sevval Kilic is a couple of inches shy of six feet. Her hair, various shades of light brown, rests at the middle of her back, and her eyes, outlined by long lashes, look like perfectly drawn almonds.

She has one of the biggest smiles I’ve ever seen, and it’s infectious. She looks much younger than her 40 years, and she likes to reminisce about the good old days when she made good money.

“In my day,” she reminisces, “I was shopping. I was shopping as hell … my shoes, just my shoes …” she trails off, giggling. That was in the 1990s, when Sevval lived in a neighborhood notorious for its unregistered brothels. She was 19 when she moved in.

Today, the quiet lane in central Istanbul looks much like it did in the 90s. But the sounds that fill the street are completely different.

Ulker St in Istanbul used to be part of a red-light district. The streetwalkers have long since moved on.

A lady washing her windows on the third floor takes a break to chat with a neighbor hollering hello from the street. It’s not, as it once was, packed with guys taking their pick of sexual adventures for the night. No catcalls descend from the windows like they did a couple of decades ago, like the kind of catcall Sevval used to attract clients: “Psh psh, psh psh — this is the way,” Sevval explains, “or sfoot sfoot.” Just a small, subtle sound to catch a guy’s attention.

In Turkey, prostitution is legal with a license and state-run brothels have an intense registration process. But Sevval and her colleagues were not eligible: The state did not, and still does not, accept transitioning women or gay men. Sevval had not completed her transition to becoming a woman when she signed up for her brothel.

In fact, she arrived with just her boy clothes. One of the more experienced women took her under her wing. “She took care of me like a real mom. She washed me, she fed me, she dressed me, she taught me everything about working, about secrecy,” she says. Secrecy included using a secret slang, or as linguists call it, an argot, called Lubunca.

Lubunca is how Sevval and her colleagues talked to each other about their work in front of clients or the cops. It uses Turkish sentences and grammar, but certain words are replaced. The words Sevval used were related to her work. There are terms for hair and make-up, sex positions and different types of clients. “Let's say there's a rich customer and the girl in the front apartment yells, 'It's a hundred dollar customer!' That’s bir but baari, Sevval explains.

Bir is the Turkish word for “one” and “but” means thigh or rump, like a large cut of meat. “Bari” is like saying “at least.” These are all Turkish words, but the way they’re strung together means you wouldn’t understand unless you knew Lubunca.

Other words in the slang come from different languages. “Some of the core elements of Lubunca come from other minority languages that haven't been spoken very much for quite some time,” Nicholas Kontovas explains. Kontovas is a socio-historical linguist who has studied the origins of Lubunca. He explains that most of the words come from Romani — the language of ethnic Roma, or gypsies, who live in Turkey.

There are words from Greek, Kurdish and Bulgarian, too. Kontovas explains that people from these communities have, to a greater or lesser extent, been outcasts in Turkish society, so they tend to live in the same city neighborhoods. That’s how Lubunca picked up its foreign feel.

Kontovas says the words from Lubunca are intimately tied to these neighborhoods and to meeting spots within those neighborhoods. The Turkish word for an Ottoman style bathhouse, for example, is hamam. In Lubunca, it’s tato which comes from the Romani word for warm. “The fact that there's a word for hamam is pretty telling. The queer slang varieties that were used beforehand, at least what is recorded, were predominantly used in hamams,” which is where male sex work took place during the Ottoman empire, Kontovas says.

Of course, Lubunca has evolved. The terms for sex organs and positions get pretty creative — and are not appropriate for publishing. Terms for flirting are pretty crafty, too. “Badem alikmak, which is also to eye up. Badem, meaning almond, obviously in reference to shape of the eye,” Kontovas describes. “There's another thing that's great, which is badem sekeri, which is 'almond candy,' which is eye candy,” he adds. 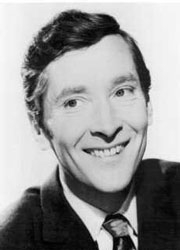 It is quite similar to Polari — the British gay argot that made it into the mainstream in the 1960s, back when being gay was still criminal in the UK. An example of Polari would be: “Bona to vada your dolly old eek.” That means “Nice to see your pretty face.”

Eventually, after homosexuality was decriminalized in Britain, the argot dropped out of fashion. Kontovas says, “The use of Polari started to decline so much so people had to go and record it and go into archives and look into recordings and ask older members of the community.”

As more people use Lubunca, it’s possible that it, too, could fade away like Polari, but that seems unlikely. Like Polari, Lubunca exists because it needs to: Not only is gay and trans sex work likely to stay illegal, but Lubunca’s use has grown in recent years. More members of the LGBT community — especially gay men — have adopted the argot. Sometimes they use it to show off — to declare they are part of the gay community while still keeping it a secret in public. And being trans or a sex worker can even be looked down upon within the LGBT community.

Turgay Bayindir, for example, came out as gay in college, but he knew nothing about the community. He heard his new friends using Lubunca for fun, but he did not get it. “At first I was uncomfortable, especially because it was associated with trans-women who are sex workers,” Turgay recalls, saying he considered it demeaning. But he got over his bias after he actually learned more about Lubunca and why certain people need to use it.

The word “lubunya” is how gay men and trans women often describe themselves — and it has crept into Turgay’s vocabulary. He says it might not be such a bad thing if the secret language becomes a little less secret. “I think in general exposure would be good and also it would make the lubunya community less scary to the public when they start learning about it,” he says.

Still, because certain words have become so mainstream, they are no longer used in the sex work community. Sevval, who left sex work to become an activist after her gender reassignment surgery, says she doesn’t recognize a lot of the words anymore. “Girls invented some new words — even I don’t understand them. In 2015, girls speak something else,” she says. “It evolves.”

Perhaps society will evolve too, so that Lubunca can be used for fun and not just because it is necessary.