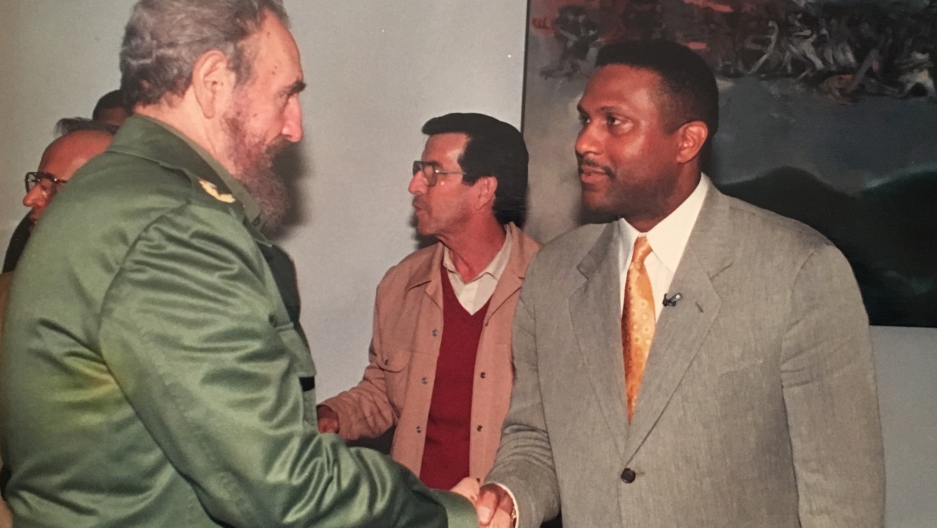 It was 1998, and I was on my way to Cuba as part of a select US delegation that had been invited to tour the small island nation.

We were to meet with government officials, businessmen, musical and visual artists, leaders of the Afro-Cuban community and everyday people, to get a sense of what life was like for Cubans living under the Castro regime.

As it turned out, a few of us in the delegation ended up having an impromptu off the record conversation with Assata Shakur, the Black Panther Party social activist who’s been living in Cuba for over three decades, after escaping a New Jersey prison in 1979. Shakur was pulled over by New Jersey State Police in May of 1973, shot twice and then charged with the murder of a police officer. Shakur is the first woman to be placed on the FBI “Most Wanted Terrorists List” and New Jersey governor Chris Christie has called for her extradition from Cuba. Shakur has always maintained her innocence, and like the champion boxer, Rubin “Hurricane” Carter, she claims that she too was setup by New Jersey police.

I knew Shakur lived on the island, but as a young 20-something black broadcaster, I was overwhelmed with the opportunity to actually engage her in conversation. Pardon the pun, but it felt like a coup.

Now, if only Fidel Castro would grant us an audience.

We’d been told that Castro was aware of our presence in Havana and that, if at all possible, he’d at least try to greet us. I had brought my film crew with me and held out hope for a conversation with him. But on the final day of our trip, it was clear to me that it wasn’t going to happen.

And then, around midnight, about eight hours before I was to fly back to the US, the call came that Castro would indeed see us. I guess people who take over in a coup d’etat tend to be nocturnal.

I went running up and down the hotel hallways banging on doors and waking up colleagues with the enthusiasm of a kid on Christmas morning.

Within minutes, our delegation loaded into the bus, and after a ride that felt like forever to me and the butterflies in my stomach, we arrived.

We cleared security and stood around in the foyer chatting and awaiting further instruction when Castro just appeared. I had my back turned when he walked up to us, but aside from seeing the looks in my associates’ eyes, I could feel the power of his presence behind me. I slowly turned, and there he was. The military fatigues, the beard, the stare. Talk about intimidation. Man. Without saying a word, he stuck out his hand. I obliged, looking him right back in the eye.

Moments later, after greeting our delegation one by one, we were ushered into a conference room where he sat to talk with us. I sat directly across the table from him, so that I could be in the frame with him when my cameras started to roll.

I had never met a dictator before, but after a few minutes of looking and listening to him, I could see how he’d pulled this off for 40 years. The power of his presence was palpable. Rarely had I met anyone with such charisma and charm.

And, yet, I had plenty of questions. We all had questions.

Problem was, Castro was long-winded. But not like Bill Clinton long-winded. This guy didn’t come up for air. He was famous for his hours-long speeches, but I had only brought so much videotape for our recorded conversation. (There was no digital back then.)

In any event, Castro talked for hours. We got about six questions in.

Seriously. Speaking to us in Spanish through his translator, he would only come up for air when she hadn’t properly articulated a particular nuance in his statement. He’d stop her, tell us in perfect English what he really said, and go right back to speaking Spanish. He wanted us to be abundantly clear about his positions on all manner of issues between our two countries.

At one point I tried to interrupt him, and he gave me that Dikembe Mutombo finger wag. No, sir. I eventually succeeded in telling him that we were out of tape. He smiled and said in English, “I was just getting started!” He kindly invited us to breakfast as the sun was about to come up, but, alas, we had planes to catch.

At the end of our all-nighter, I asked him to sign a book for me. A coffee table book called Fidel’s Cuba: A Revolution In Pictures that had just been published, commemorating his 40th anniversary as Cuban leader. The book was curated by his long time photographers, father and son Osvaldo and Roberto Salas.

When Castro saw the book, he again looked me dead in the eye and sternly asked me in English, “Where did you get this book?”

A quiet fell over the room. I took a deep breath.

“The publisher,” I replied.

“Why do you have this book and I do not?” he asked.

Since the book was published by a US imprint, I’d apparently received my copy before he’d received his, and he was none too happy.

And, so, like a fool, back and forth I went with Fidel Castro arguing about this book that he desperately wanted to keep. He even offered to sign a copy and send it to me in Los Angeles when his stash arrived. I had no intention of giving in to him, not to mention, I didn’t want the FBI and CIA knocking on my door asking me why Fidel Castro was sending me personal packages.

I knew I’d likely never get that close to Castro again, and I begged him to please sign it for me. After he saw my fierce determination to leave Cuba with that book, he eventually relented, albeit under protest, and signed the book.

Once everyone had cleared out of the room to re-board our bus, I snuck around to his side of the table, looked about, and seeing no one, I snatched all the handwritten notes he’d been scribbling during our chat. It only occurred to me later that I was, in fact, guilty of stealing Fidel Castro’s notes. My friends in that delegation still tease me about it to this very day. Now that he’s gone, I guess I can confess it.

For good measure, Castro graciously gave me a box of cigars, which I just knew I’d have trouble getting out of Cuba. With only a hint of sarcasm, he told me to just show the customs personnel his signature in my book, and I’d be OK. He was right. I’ve never been treated as well by airport security as I was that day.

Like him or loathe him, Fidel Castro withstood our efforts to topple him for almost 50 years. I only had to stand up to him for about 15 minutes, but I’m glad I did.