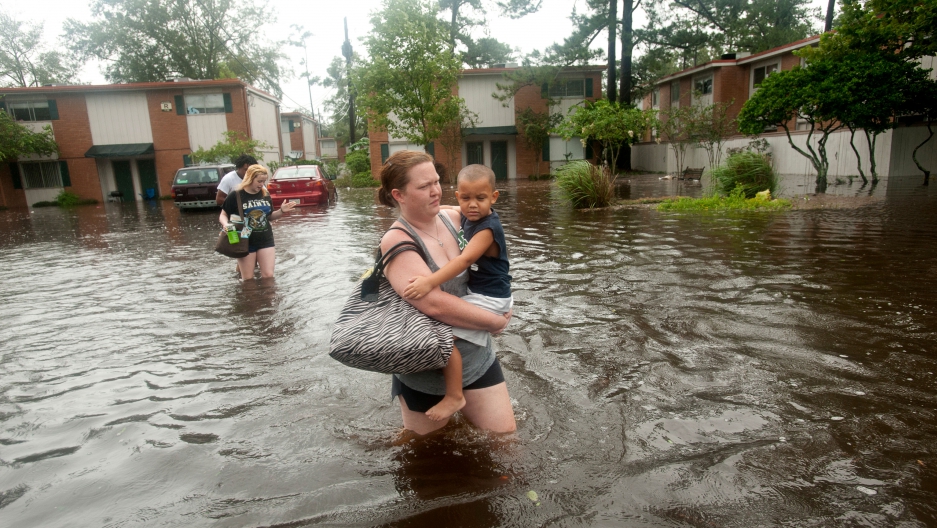 Eight years ago, I was in a presidential campaign field office in Santa Fe, New Mexico. I thought 2008 would be the most important election of my lifetime.

This year’s elections will have a far larger impact on the world for many reasons — but the biggest, at least for me, is that time has run out on climate change.

Santa Fe is my hometown. The people who have lived here — from the First Nations to present-day residents — have always been mindful of the limited water supply, but it wasn’t until college that I learned just how precarious the situation is. Climate change, population growth and other factors could lead to a severe water shortage by the middle of this century.

Santa Fe’s very existence is jeopardized by climate change, and it's hardly alone.  Climate change has intensified the drought in California, which has left many wells in California’s agricultural Central Valley without water.

Communities vulnerable to flooding have the opposite problem, as we saw in Louisiana last month when 7.1 trillion gallons of rain fell in one week. Worldwide, average temperature records are broken month after month, with increasingly adverse effects the world over. And rising sea levels are already causing more destructive and dangerous storm surges, as we witnessed with Hurricane Matthew last week.

Climate change will affect my career, my family, my community, my everything. For my generation, millennials, it is so much more than the “environmental” issue previous generations understood it to be.

How should young women think about family planning in places like Florida, when faced with the increased threat of Zika virus? If we do have kids, where will we raise them when communities like my hometown are running out of water?  Should we even consider a career move to San Francisco or New York (not to mention Miami or New Orleans), when cities along the ocean face stronger storm surges, hurricanes and sea level rise?

Climate change makes this presidential election terrifyingly urgent for someone my age — we cannot afford a leader who will allow irreparable harm to the home we share.

That’s why I work with Defend Our Future, a climate change initiative engaging young voters, as part of my work at the Environmental Defense Fund. We work with young people across the political spectrum — Republicans, Democrats, independents and everyone else — to push solutions to climate change. Right now, we’re registering millennials throughout the country to vote so they can champion environmental action and stewardship in the face of climate change.

As we’ve seen in recent years, the executive branch has enormous influence on climate change. President Barack Obama’s involvement helped forge the Paris climate agreement. (Find other examples here, here and even here). We need the next president to be someone who understands climate change is not an environmental problem; it is a human one.

Every one of our communities deserves clean air and clean water, and a safe and stable climate. We need a president ambitious enough to put forward climate solutions that simultaneously address economic inequality, job scarcity and environmental justice.

And we need a president who doesn’t merely want to lead on these issues, but will inspire others to take action. And for that to happen, we need the next president to put climate change front and center.

Many people think climate change is just a “future problem;” but it’s already affecting us, right now. And it will get far worse in our lifetimes if we don’t act in the next four years.

We have some momentum — the Paris agreement, the declining cost of solar, the Clean Power Plan — but we need to keep it up.

Lucía Oliva Hennelly is a millennial who works for the Environmental Defense Fund in San Francisco, California.

Join us for a week of The UnConvention events in New York City from October 17-21, exploring the issues and views of millennials, in partnership with 92Y and Mic.