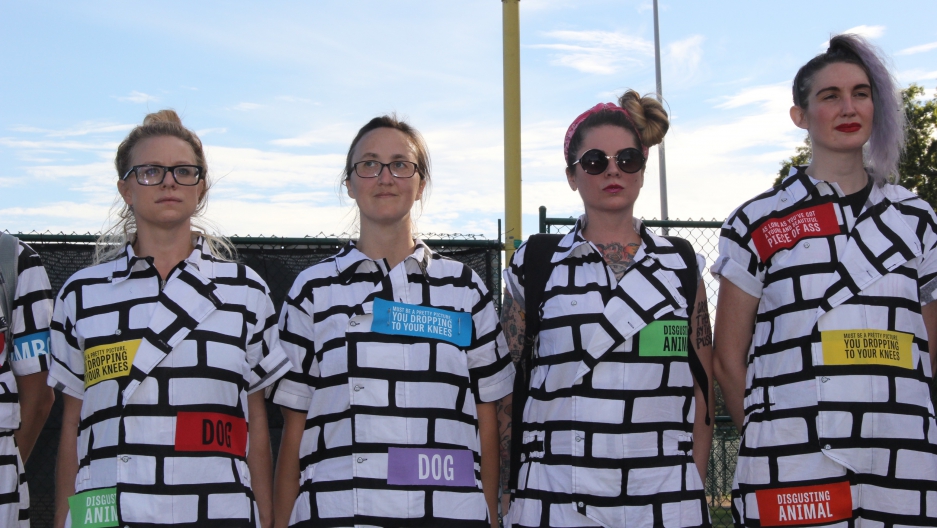 Don’t expect balloons or confetti in New York October 17-21 when The UnConvention comes to town. Instead there will be comic relief, straight talk and a focus on issues that young voters care about.

Young adults have the most at risk in the coming US election. They will live for more than half a century with the consequences of today’s policies on jobs, climate, immigration, education and security. Yet their voices, views and issues have barely been heard in this campaign. That is changing.

The UnConvention — a partnership of PRI, Mic and the 92nd Street Y — has been raising the voices of millennials in this election through reporting, quizzes, polls, social videos and conversations. Now the UnConvention comes to New York City, with a week of live events.

On Tuesday, October 18, a panel explores Political Correctness From Left to Right at The Greene Space at WNYC. Todd Zwillich, Washington correspondent for The Takeaway, will lead a candid conversation challenging the notion of what is 'politically correct' on both sides of the political spectrum. Helping him will be CNN political commentator and The Daily Beast contributor Sally Kohn, Mic senior staff writer Jamila King and associate editor at Reason Robby Soave.

The best place to watch the final presidential debate on Wednesday, October 19 will be at the UnConvention Debate Watching Party at Housing Works. An all-star line-up of New York City stand-up comics will square off over the issues in a mock debate, followed by livestreaming of the final Clinton/Trump showdown from Las Vegas. Participants include comedians Aparna Nancherla, Connor Raitliff, Jo Firestone and Keisha Zollar.

Thursday, October 20 brings a more serious topic to the UnConvention. A World without Borders: Data in the 21st Century is a conversation with White House Chief Data Scientist DJ Patil. He’ll talk with Zwillich about the purpose of all of this information and how is it revolutionizing everything from healthcare to civil rights to security.

All the events will be live-streamed from PRI’s Facebook page. Join us live or virtually. Balloons and confetti optional.

The Millennial generation has a lot of power to determine its future. In fact, Millennials have as much voting power as the Boomers and will soon surpass them. That is, if they vote.

Many young voters say they want nothing to do with polarized politics and stage-managed conventions. They tend to support movements — from Occupy to Black Lives Matter to Bernie Sanders — rather than parties. And 50 percent called themselves Independents in 2014, according to Pew.

And this generation is the first to see themselves as global citizens, connected with their peers around the world when it comes to jobs, immigration, human rights or climate change. Conventional politics is a non-starter. Party conventions are a relic of the past. Join the UnConvention live or online the week of October 17, 2016.