Penn State senior Makealy Meyers with NextGen Climate registers a potential voter just off campus and gets him to sign a commitment card to vote for a candidate who will tackle climate change.

Barack Obama carried the state of North Carolina in 2008 by just 14,000 votes. Four years later, the state flipped back to the Republicans and Mitt Romney, also in a tight election. So, to say that every vote matters in North Carolina — it’s not hyperbole.

Ramone Rushing, 32, knows this. He lives in Georgia, but recently loaded up his car and drove six hours northeast to Raleigh, North Carolina.

“It’s campaign life,” Rushing said. “For campaign work, you really just need clothes and notepads. Couple of jeans, couple of pairs of shirts, and comfortable shoes, and here I am.”

Rushing signed on with NextGen Climate, an organization targeting young voters in seven key battleground states. The group was founded, and is largely funded, by billionaire hedge fund manager and philanthropist Tom Steyer.

The organization is just getting going in North Carolina. The words “NextGen Climate” are scribbled in marker on a piece of paper taped next to an office door. There are also stickers that say “Stop Trump.” Donald Trump has said climate change is a hoax and b.s. And he’s called for the elimination of regulators like the Environmental Protection Agency.

“Trump has already made statements that he will eliminate the EPA. Those sorts of ideas are things that are just not in line with what we stand for,” Rushing said. “The idea of a President Trump to me is baffling and terrifying.”

Trump has also said he’d “cancel” the Paris Climate Agreement, a landmark deal reached last year by 195 nations to mitigate greenhouse gases. (The agreement is set to take effect in early November.) In September, 375 members of the National Academy of Sciences, including 30 Nobel laureates, posted an open letter warning against Trump’s positions.

Related: After quick action, the Paris climate deal is set to go into effect way earlier than expected 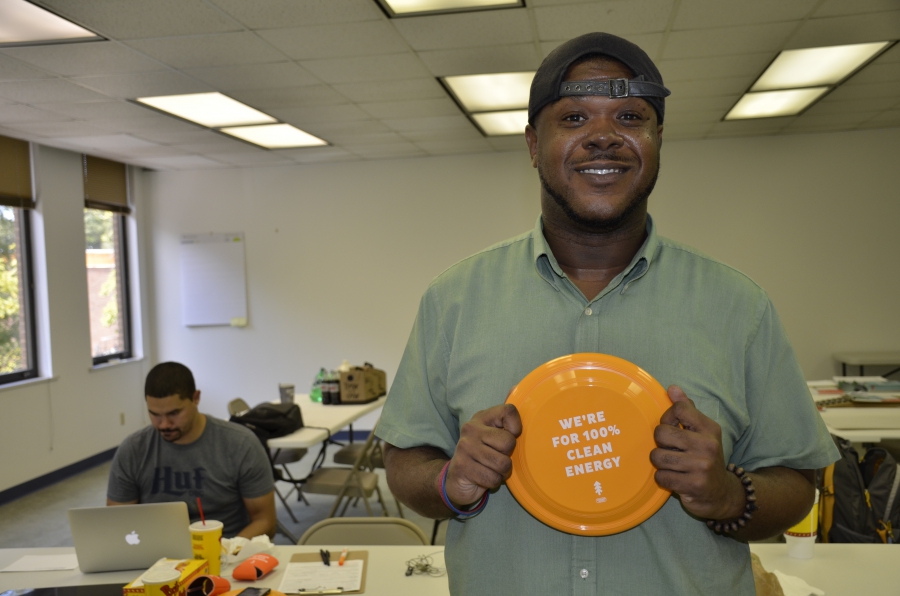 Ramone Rushing relocated from Atlanta to Raleigh, North Carolina recently to spread the word on candidates and climate change.

Besides North Carolina, NextGen is getting the word out in Nevada, Iowa, New Hampshire, Ohio and Colorado. In Pennsylvania, the group is working on more than 90 campuses, including Penn State University, where the organization has booths set up with volunteers trying to stop students walking by, just for a few seconds.

Jonathan Killner, a Penn State senior speaking with potential voters, said, “This is just saying that, come November, you’re going to be voting for people who have climate change at the forefront of their policy and who actually care about our planet.”

Green Party candidate Jill Stein is calling for the country to have 100 percent renewable energy by 2030. But she’s polling in the low single digits.

But are those other candidates the wrong choices, or is Hillary Clinton the right choice?

“Hillary Clinton is the right person to be president this year,” said Aleigha Cavalier, NextGen’s director of communications in Pennsylvania. “During the first presidential debate, Clinton came out swinging on climate change. When asked about the economy, the first thing she went to was transitioning to clean energy sources.” 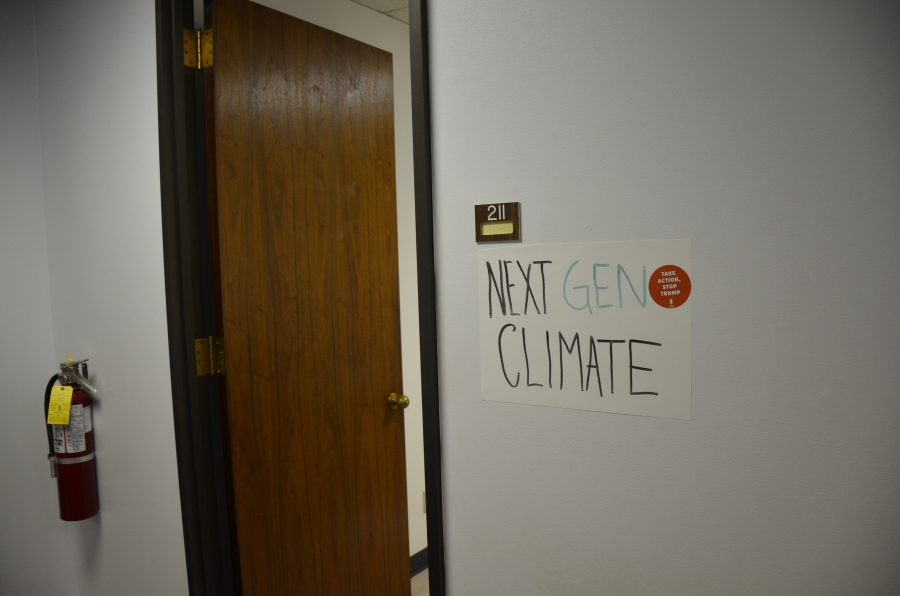 Cavalier says they’ve connected with close to 50,000 young voters in the state. The group also advocates for down-ticket candidates with progressive climate policies. But can you motivate voters with quick conversations like, “Hey, take a minute to fight climate change?”

“We recently conducted a focus group down in Philadelphia with undecided [millennial] voters, where seven of the eight of them said that if given the choice they would vote for a third Obama term over any of the candidates that were out there right now,” Chavez said.

Young voters did turn out in huge numbers for Bernie Sanders, but that enthusiasm hasn’t rolled over to the Clinton campaign.

Chavez says the other challenge NextGen faces is just getting young voters excited about the environment. Environmental issues rank toward the bottom for American voters as a whole. And Chavez says it’s not a top issue for millennials either.

“One of things we hear over and over again is that the first thing millennials do in the morning is they wake up and turn on their phone to check their bank account balance to make sure that they have enough to get through the day. When you’re having those issues that are driving you, it’s really hard for climate change to break through as the deciding factor in an election,” Chavez said.

Young people I met on Penn State’s campus working with NextGen Climate disagree with that though, and argue climate change is top of mind for young voters. 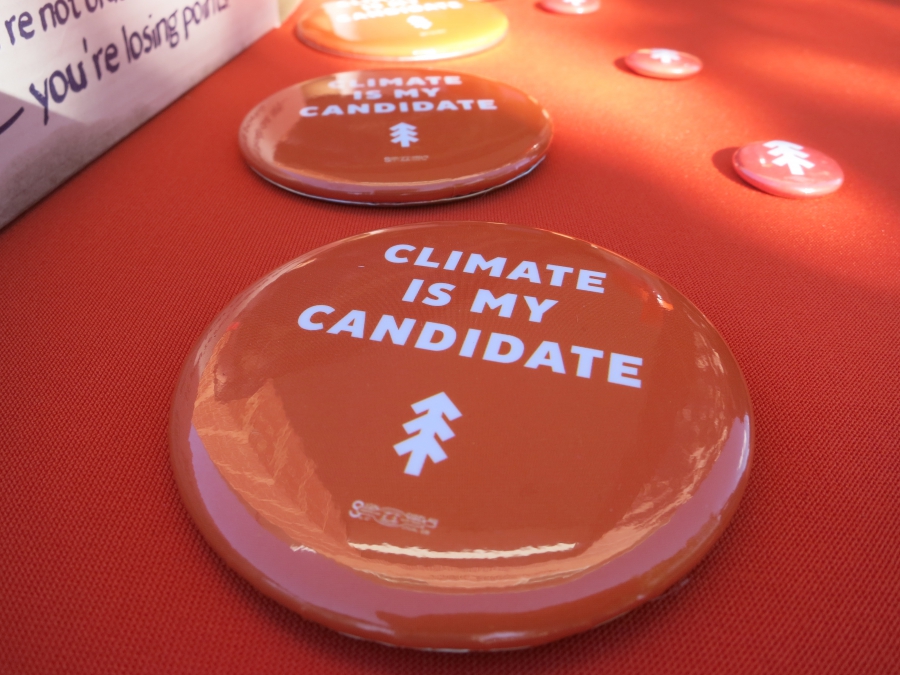 NextGen Climate says it has engaged with about 50,000 young people on 90 college campuses in Pennsylvania.