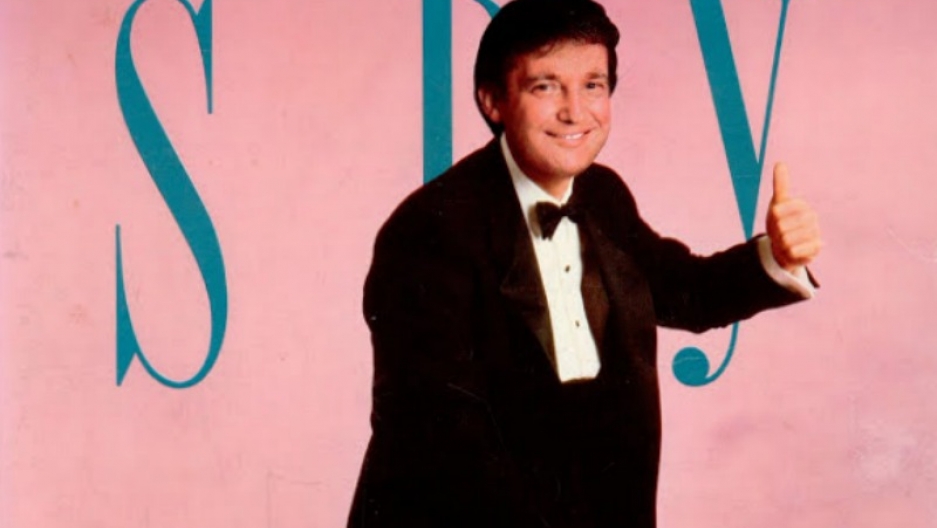 Before Kurt Andersen was hosting Studio 360 and writing books, he co-founded "Spy" magazine with Graydon Carter back in the 80s. The monthly satire magazine skewered New York's rich and famous ... including a certain real estate up-and-comer named Donald Trump.

Kurt sat down with "Spy's" first hire (and current "New Yorker" editor) Susan Morrison to talk about how the man they dubbed the "short-fingered vulgarian" became one of Spy's favorite targets --- and why Trump appeared in the very first issue of "Spy."

Kurt Andersen: Short-fingered vulgarian ... it's funny that that's the nickname we decided on. And I remember the short-fingered thing, that was based on Graydon's empirical observation of his fingers when he did his magazine profile of himbefore we ever started "Spy".

Susan Morrison: I think that one stuck because we had empirical evidence that it upset Trump because he would circle pictures of his hands in gold Sharpie and send them to us. I think he continues to send them to Graydon.

And again, the great thing about writing about Trump back then: it was so satisfying to know we were getting under his skin, it was like bear baiting.

I think I actually did a spit take when I was watching the [Republican primary] debate where this came up. This is in a debate for the nomination for the presidency!

And there's something to the fact that he took it up, and kind of ripped the scab off and invited the whole press corps to dig back into "Spy" ... it's been nice that after 30 years, "Spy" has appeared in the press a lot in the last year. And I was reading one of these stories, I think from "Bloomberg," and the reporter had crunched the numbers and calculated that Trump appeared 8.7 times in every issue of "Spy."