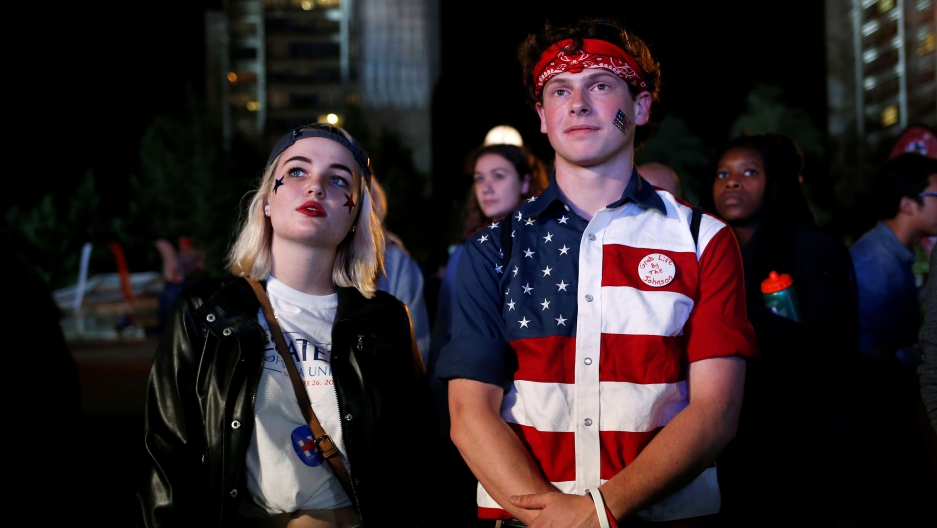 At debate-watching parties in the nation’s capital on Monday, young voters said they know just how important this election is — they just don’t agree on why.

About 350 college Republicans and Democrats came together at Georgetown University in Washington, DC, to watch the first presidential debate. Graduate student Anthony Gill, 22, plans to vote for Green Party candidate Jill Stein, because she says both Clinton and Trump don't pay enough attention to climate change and the collapse of the middle class.

Gill is from Washington state and says Clinton is projected to win there, so he’s voting third party to send a message. “If your vote won’t substantially alter the dynamics of the race, there’s real value of sending a signal” that the winning candidate doesn’t have a mandate, said Gill.

If he were voting in a different state, though, he says his choice might be different. “There are so many things that millennials care about that Trump does not care about, so if you’re voting third party in a swing state, you risk Trump.” 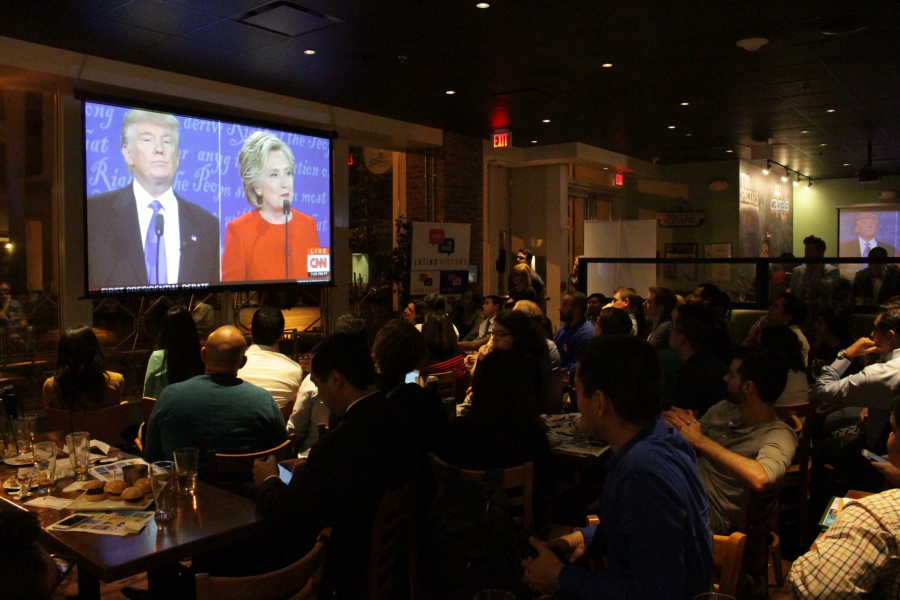 A debate watching party at a bar in Washington, DC.

Another third-party convert is student Arian Ghashghai, 21, who will vote for Gary Johnson as a mix of two-party protest and support for the Libertarian Party. He called Trump and Clinton out of touch with issues concerning millennials. “I just don’t connect with either of them,” he said.

Some older millennials, who voted in the Obama 2008 election, like 27-year-old LGBTQ activist Rebby Kern, are taking a practical view this time around.

“Clinton wasn’t my first reaction,” said Kern. “It took a lot of convincing, but I was also motivated by my distaste for Trump. And I think Hillary is the best candidate for millennials, for LGBT rights, women’s rights, and black rights.” Kern watched the debate with more than 150 young professionals at a party co-hosted by the Latino Victory Project, the Environmental Defense Action Fund, and the Gay and Lesbian Victory Fund.

READ MORE: In Hillary Clinton's own words, this is what she'll do for millennials

Martin Diego Garcia, 30, was an avid supporter of Obama in the 2008 election, but says he learned from the past eight years that he would rather see candidates make realistic promises.

“Immigration was something [Obama] promised, and he’s at the end of his second term and nothing has changed about it,” said Garcia, director of campaigns for the Latino Victory Project. “I don’t want [Clinton] to overpromise and then not fulfill it. She has been saying, ‘Here’s what I can accomplish in one to two terms.’” 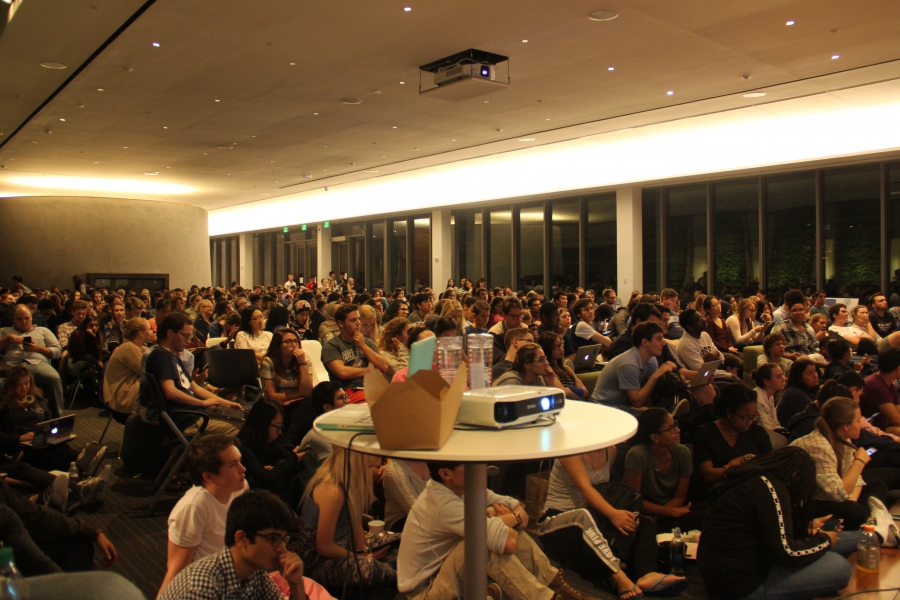 Immigration reform — an issue cited by many millennials as important — wasn’t mentioned in the first debate. Jess Torres, the 26-year-old Latino Victory Project deputy communications director, was disappointed that issues that sit at the intersections of the immigration debate like education, health care and women’s rights also weren’t addressed.

READ MORE: Women make up half the electorate, but only one percent of debate questions

However, Torres was pleased by the debate over criminal justice reform, “an issue that has become so big, in large part because of the work millennials have done,” she said.

Young voter turnout increased from 40 percent in 2000 to 45 percent in 2012, according to the Harvard University Institute of Politics, but still lags way behind the voting rates of older adults. Millennials now have roughly the same potential voting power as the boomer generation — each have 69 million registered voters. If millennials voted at the same rate as boomers — 68 percent in 2012 — they could have a huge impact on this election. 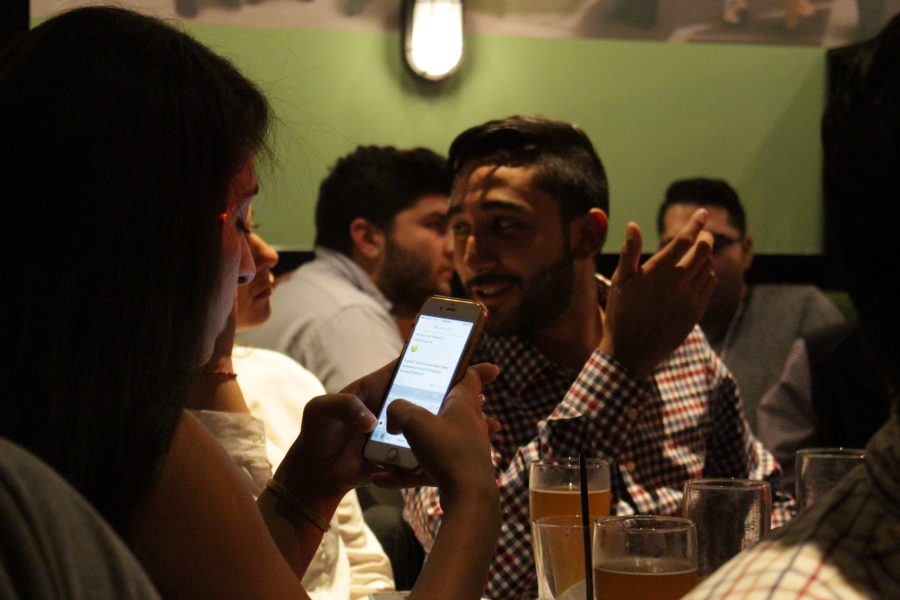 Some people are tempted to group the collective mass of 18-34 year-olds into a neat, liberal cohort, but many argue there’s real diversity of opinion among young adults. Colombian immigrant Milton Sanchez, 34, is an example of that.

Sanchez said he felt awkward “seeing so many Democrats in the room cheering on what Hillary was saying and not what Trump had to say.” Sanchez will vote for Trump because he feels current immigration policy is “irresponsible” and has taken away opportunities for talented Latinos to enter the country. Trump’s promise to restrict immigration will make the country stronger, Sanchez argued.

As a mental health physician, Sanchez said working with “the most vulnerable parts of society” — immigrants, African Americans, Hispanics and low-income people — has made him suspicious of how people could abuse the system to get government services for free. Sanchez, who is proud of his Latino culture, said the “image of Latinos that don’t know anything and need help from the government makes me sick.”

Leon Agee, 18, is still undecided but wants to vote for a candidate who will promise the best future for his four younger siblings and later generations. The Atlanta native feels every millennial vote counts, whether for a major party or third party candidate.

“Millennials are the group that are still trying to find ourselves, so we could vote either way. I feel like the younger people are actually trying to listen to [the candidates] to see where they stand, not just where our parents stand.”