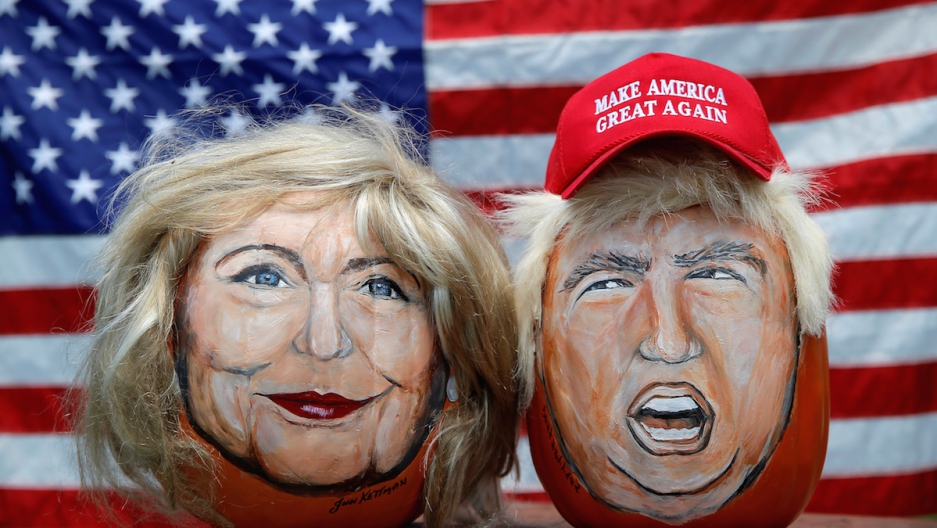 Like many Americans under 35, I grew up with endless information at my fingertips — from pre-paywall news services to hyper-specific Reddit threads and conspiracy-theory debunking videos on YouTube. But I don’t really trust any of it.

My generation grew up fashioning the stories of our lives on Facebook, Snapchat and Instagram. We know exactly how the sausage gets made and how, with a digital nip and a tuck, the blemishes disappear and we can all seem beautiful, happy, and intelligent — even if we’re anything but. It’s the same shiny gloss any newsroom or campaign director can put on the trending story of the day.

Which is probably why I don’t trust much of the news I’m getting in the 2016 election. And it turns out I’m not alone.

As the engagement producer for The UnConvention, I run a private Facebook group of millennials who are helping us at PRI cover this monumental, and utterly strange, election year. In partnership with 92Y and Mic, we're raising the voices and issues of the demographic which undeniably has the most at stake in the election. We are the largest generation, after all.

We call our coverage The UnConvention because it breaks from the controlled political messages. And there’s a common theme in The UnConvention group’s discussions — where can a young adult find the truth? Regardless of education, economic status, race, location, or political affiliation, being a civic-minded millennial means doing our own research — because, well, who else can we trust?

“Having just voted in my state's primary last night it occurred to me how hard it can be to find info on candidates, particularly in local elections,” wrote Jon Baker-McBride, an electronics technician from Orlando, FL. He ended up having to rely on local newspapers, “however with more and more newspapers putting up paywalls this can be challenging.”

Many in the group say they study the candidates’ websites and voting records to learn more about them, instead of relying on mainstream media.

And yet: “Isn't ‘research I do on my own utilizing the candidates' websites prone to its own set of problems and biases?” writes Jerome Gronli, a 33-year-old pediatrician from Chicago, IL. “This is not to say the media is perfect or to not recognize its problems. It's an easy target.”

Jeff Reoch, a 30-something from Seattle, WA, says the only answer is to seek out as many sources as possible. “Nowadays, [the] key is diversity of sources that you can synthesize to produce your own analysis of what's true and accurate,” he wrote, even if that means including sources that may be very biased. “It's unfortunate that we now have to be cognizant of the motives of the places claiming to keep us informed.”

As David Cahn, co-author of "When Millennials Rule: The Reshaping of America," told US News, “Millennials are this generation that is rejecting partisanship on both sides of the aisle and is uniting at the political center trying to come up with compromises to a lot of different issues.”

Millennials have a keen understanding that both sides need to be informed, and that takes a generous sharing of information — as opposed to name calling or finger-pointing — which is proving to be a pretty difficult task this election year.

"There has always been a battle within the field of ideas,” Naama Mendes Junior, a 26-year-old from Maringa, Brazil, wrote in The UnConvention group. “The only way in which we can make such subjective matter become more objective is to insert data.”

So where do millennials go to find truth in this election? To each other, often on social platforms, and in constructive, open-minded Facebook groups like ours.

As Reina Chua, a small business owner from the San Francisco area wrote in a thread in the group, “I'm just here for the comments. And to gain a perspective. I'd much rather hear from an educated person than weed out any trolling rubbish. [I’m] glad for the moderation and welcoming safe speaking space that allows us to air and express our views freely with respect.”

The UnConvention Facebook group is still accepting new members between the ages of 18-34. Click here for more information.