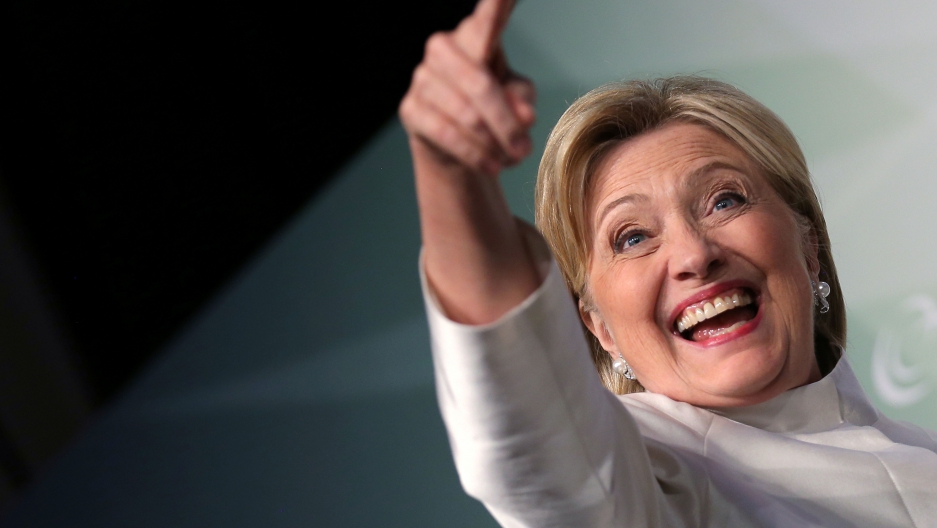 This essay originally appeared on Mic. Mic has invited the other major political candidates — Donald Trump, Gary Johnson and Jill Stein — to offers similar thoughts that we may publish if they address similar topics.

We hear a lot of things about the millennial generation. But too often, the people who are busy trying to define you are the ones who have spent the least time listening to you.

Here's what I have learned: Your generation is the most open, diverse and entrepreneurial generation in our country's history. And if we work together to take on the barriers that are holding you back and unleash your full potential, that won't just improve your lives — it'll make our entire country stronger.

From the first days of this campaign, you have shared the problems that keep you up at night and the hopes that get you up in the morning. You've reached for the opportunities that come with a college education at the highest rates of any generation in history — but faced ballooning tuition costs and crushing student debt like never before. Many of you entered the workforce during the worst recession since the Great Depression. And you've come of age during two deadly, costly wars in the Middle East.

And yet, despite all these challenges, you've never given up. Not even close.

Instead, you're leading the way to a brighter future for all of us. You've fought for some of the most important accomplishments in our nation's history, like the Affordable Care Act and marriage equality. You've come together to challenge our country to protect human rights and strengthen families by fixing a broken immigration system, reforming our criminal justice system and ending the era of mass incarceration. And you've demanded that people of color be able to live their lives without fear of being killed at a routine traffic stop.

And it's nothing short of inspiring.

Around the time I graduated from college, our country was in its own moment of soul-searching.  We were mired in a war in Vietnam, and reeling from the shooting of peaceful protesters at Kent State and the assassinations of Martin Luther King Jr. and Bobby Kennedy. At the same time, we were making progress on important fronts. The Civil Rights Act outlawed discrimination on the basis of race, and the Voting Rights Act broke down barriers that prevented too many people of color from casting their ballot. Women were entering the workforce like never before, challenging attitudes and expectations. It felt like all of America was struggling to decide who we were going to be. 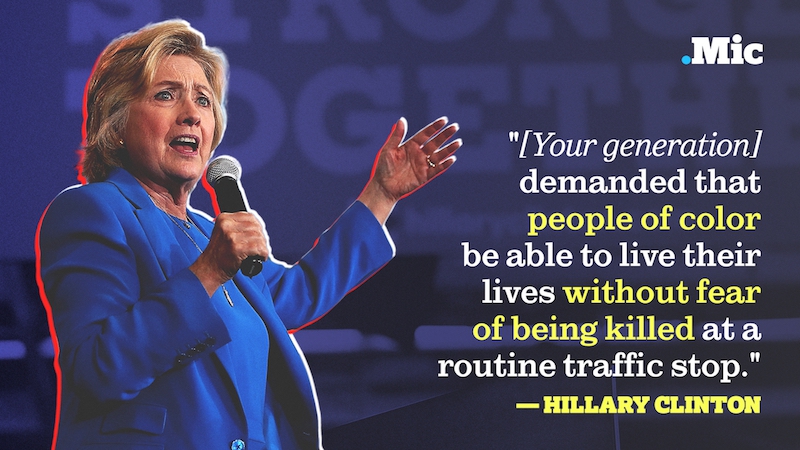 Today, many of you have told me you feel the same way. We've seen the rise of a presidential candidate who pits Americans against each other and traffics in prejudice and paranoia. I've heard how uneasy this race has made many of you feel — how chilling it is to see protesters beaten at political rallies while the candidate eggs them on. When he talks about making America great again, it's code for taking America back to a time when many of us — women, people of color, immigrants, LGBT Americans, people with disabilities — were marginalized, ostracized and treated as less-than.

But that's not what our country is made of. And it's not what I see when I look to your generation. In large part because of all of you, I am convinced that America's best days are ahead of us.

There's a lot that needs fixing — and we're going to fix it together.

To make it happen, we need to change both hearts and laws. Starting with my first job at the Children's Defense Fund, I've learned that if you want to help the greatest number of people in our democracy, you have to push for reform from both the outside in and the inside out. So we need activists and advocates, entrepreneurs and innovators, teachers and mentors, and everyone who changes lives every day in a million quiet ways. But we also need to do the slow, hard business of governing. We need to win elections, write laws, allocate resources and find common ground. Doing both is the secret to making change.

Let me tell you about a few things I want to work with you to change as your president. 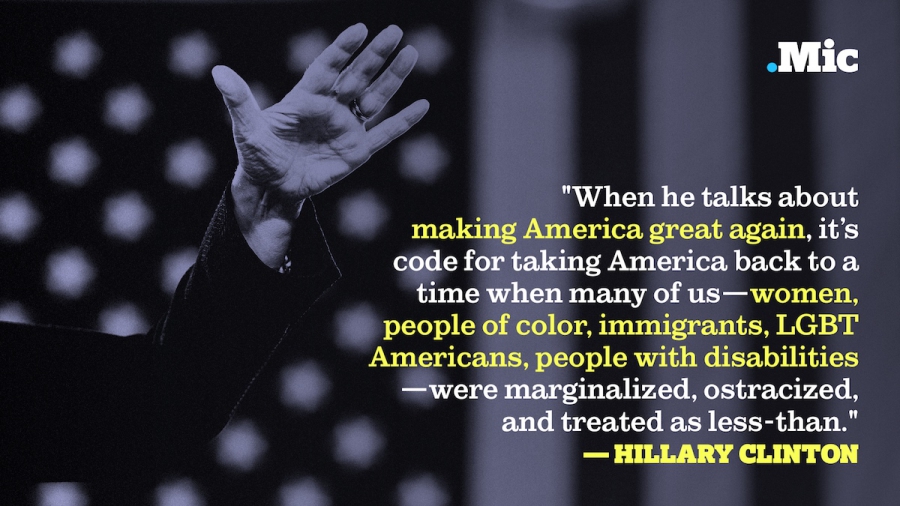 First, everyone who wants to go to college should be able to without drowning in debt. That's why I worked with Sen. Bernie Sanders to design a plan that will let everyone attend college debt-free. If you already have loans, we'll let you refinance them, defer them to start a business or forgive them if you spend 10 years in public service. You can even see how much you and your family could save under our plan by looking at the "college calculator" on our website. And we'll make sure a four-year degree isn't the only path to a good-paying job by supporting apprenticeships and other high-quality training programs.

Second, everyone should be able to get a job that pays the bills and can support a family. And not only that, you should be able to do work you love and find meaningful. So we'll create more good-paying jobs, raise the minimum wage and guarantee equal pay. This will help a lot of Americans, especially young people struggling to find footing in a difficult economy.

UnConvention Quiz: Do you know how Trump & Clinton might affect your wallet?

Third, no new parent should have to face the impossible choice between caring for a child or family member and losing a paycheck or even a job. It's outrageous that in 2016, the United States is the only developed country in the world without paid family leave of any kind. So we'll make high-quality child care and preschool available to every family in every community.  I've spent my career fighting to make a difference for children and families, and I can't wait to do even more as president.

Of course, to do any of these things, we can't have secret unaccountable money poisoning our politics. So I'll appoint Supreme Court justices who will overturn Citizens United and even propose a constitutional amendment to do the same. And by doing that, we'll make sure that no special interests can get in the way of protecting and expanding civil rights, LGBT rights and all human rights.

Many of you have shared with me that it feels like you're out there on your own — like no one has your back. It shouldn't be that way. If I'm fortunate enough to be elected, you will always have a champion in the White House. But I can't do it on my own. I need you to work with me, keep fighting for what you believe, hold me accountable. I can't promise we'll win every fight on our first try. But I can promise you this: I'll never stop fighting for you.

So let's stand together to show the world what our country, and your generation, really stands for. Let's overwhelm division and intolerance with compassion, understanding and unity. Let's make clear that Love Trumps Hate — not just this November, but always.

PRI, 92Y and Mic are co-presenting The UnConvention—a series of articles, videos, and events aimed at giving millennials a voice in the 2016 election. Learn more here.