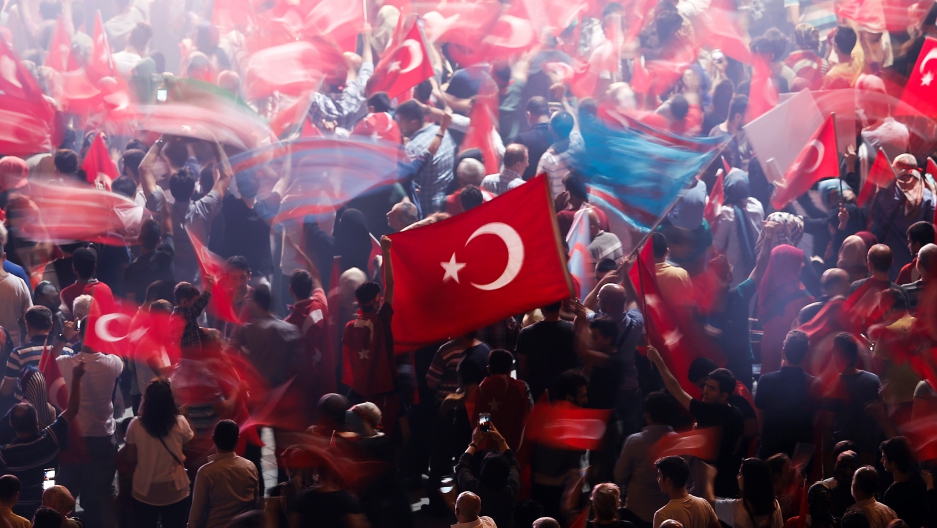 What did schools have to do with a failed military coup?

That's a question many are asking after the Turkish government ordered the Education Ministry to dismiss more than 15,000 education staff. The government also revoked the licenses of 21,000 private schoolteachers and fired more than 1,500 university deans.

It was the latest mass firing in a sweeping crackdown after troops attempted a takeover on Friday.

Here are some more startling numbers, according to the BBC: 6,000 military personnel arrested, including more than two dozen generals awaiting trial; 9,000 police officers fired; almost 3,000 judges suspended; and more than 250 members of Prime Minister Binali Yildirim's staff removed from their posts, as have 1,500 Finance Ministry employees.

It's not that this hasn't happened before, but the scale has surprised many.

Reporter Dalia Mortada in Istanbul says it seems like more of a purge than justice being served.

"I have read that this is reminiscent of the the 1980 coup, which was successful," she says, "meaning that [in 1980] the civilian government was overthrown by the military and the government had been purged of a lot of people at that time. But in this case the coup was not successful."

The Turkish authorities allege these ex-officials have links to Fethullah Gulen, a US-based cleric accused by the Turkish government of having plotted Friday's coup attempt. Gulen, a former ally of President Recep Tayyip Erdogan with many followers in Turkey, denies the accusation and has condemned the coup plot.

In May, Erdogan declared Gulen's movement a terrorist organization, and that supporting them constitutes supporting the "Gulenist terror group."

"This is something technical in Turkish law," says Mortada, "because they're so vague, it's really easy to umbrella basically anyone under a terror organization."

That explains why the education system was hit so hard.

"That's what the Gulen movement is best known for, they're actually heavily involved in education," Mortada says. "For all we know associations could be as loose or as thin as 'these people had graduated from [Gulenist] tutoring schools.'"

Opponents see the purge as a way to silence opposition with an iron fist; women's groups are making the same charge.

"Critics are saying that Erdogan has cast a much wider net than anyone could be involved in this coup," she says.

One thing is for sure, she adds, people will be much more afraid to speak up as a result of this purge.