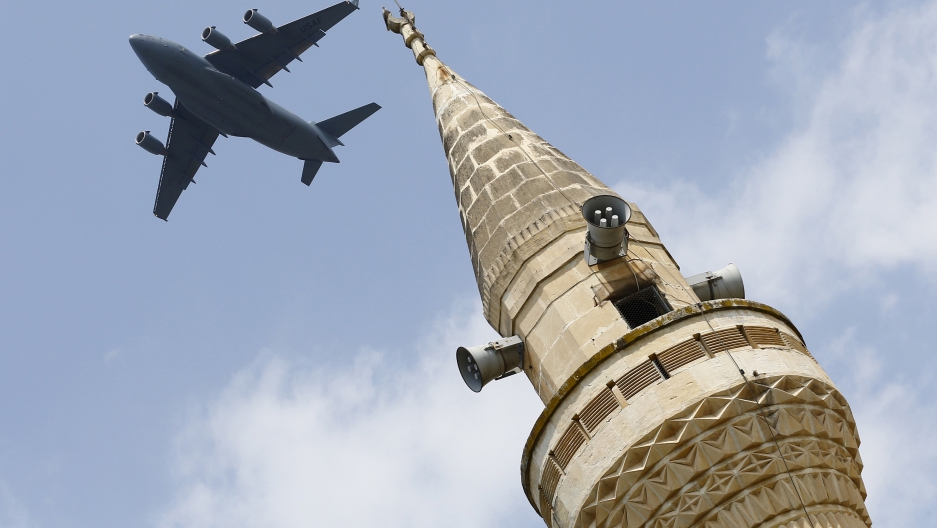 A US Air Force transport aircraft flies over a minaret after taking off from Incirlik air base in Adana, Turkey, in August 2015. After the attempted coup, operations at the air base were temporarily halted.
Credit:
Murad Sezer/Reuters
Share

The morning after a deadly failed coup in Turkey, President Recep Tayyip Erdoğan’s reaction was swift and wide-reaching.

Thousands of military personnel suspected of involvement in the takeover bid were arrested; 9,000 police officers have been fired. And fearing that the conspiracy spread to the courts, almost 3,000 judges were sacked, including 31 senior justices.

They're unlikely to be the only institutions purged.

The domestic implications for Turkey of this attempted coup are huge, and will probably be felt for a long time. But it will also have an impact on its place in the region and the world. Turkey has a vital role as a NATO member bridging Europe and the Middle East, and as a host to anti-Islamic State aircraft and dozens of nuclear weapons.

Many of the crises that make the country vulnerable to a military takeover are rooted beyond Turkey's borders: The war in neighboring Syria is weighing heavily. Turkey is home to some 2.5 million Syrian refugees. It has been hit by a number of deadly terror attacks over the past year, the most recent at Istanbul’s main airport, which killed more than 40 people. The Turkish government is also fighting Kurdish rebels in the southeast, a conflict that had quieted in recent years, but was inflamed by the Syrian civil war.

After a sluggish start, Turkey steadily increased its involvement in the campaign against the Islamic State network in Syria — and stepped up its cooperation with the United States. US jets take off from an air base in southern Turkey to bomb ISIS targets, and just days ago Washington won Turkey’s backing for a major offensive against ISIS led by Kurdish fighters in Syria. Ankara typically sees those Kurdish fighters as its enemy.

US-Turkey cooperation is now at risk, according to Soner Çağaptay, who heads the Turkish Research Program at The Washington Institute for Near East Policy, a think tank.

“I think it will have a major effect on US-Turkish cooperation against ISIS in Syria. That cooperation just peaked in the aftermath of the Istanbul airport attack, which prioritized ISIS as a major threat, finally,” Çağaptay said.

The US government is trying to assure the public that the tirmoil in Turkey will not hurt the campaign against ISIS. “According to our commanders, there may have been a minor delay here or there or something, but it has not affected the fundamental direction or commitment to the fight,” Secretary of State John Kerry told CNN on Sunday.

But independent experts are saying otherwise.

“This means in the short term there will likely be a freeze on Turkey-US military cooperation, which has already started, including freezing operations at Incirlik [air base]” in southern Turkey, where US planes take off to bomb ISIS.

After halting Incirlik operations on Saturday because of the coup attempt, the Pentagon said on Sunday that the US military could work there again and "counter-ISIL coalition air operations at all air bases in Turkey have resumed."

Even though President Barack Obama said he backed the elected government during the coup attempt, insinuations that the US supported anti-Erdoğan forces were potent enough that Secretary of State John Kerry issued a strongly worded denial late Saturday.

It's indicative of Turkey's complex role in the region that crowds of cheering people poured onto the streets in Damascus on Friday to hail the revolt in Ankara. Turkey has been a key backer of a number of rebel groups fighting to overthrow Syrian President Bashar al-Assad. A weakened Turkey would deal a severe blow to the armed opposition against him. One Syrian opposition official told Reuters while the coup attempt was underway: "If the coup succeeds, that will have a negative impact on the revolution [in Syria]. Turkish support [for anti-Assad rebels] was excellent compared to any other support.”

There is a question, too, about how Turkey's military purge — including almost 3,000 detained, and more than 100 suspected coup plotters killed — will affect its capabilities.

“We don’t know exactly how many senior military figures are implicated in the coup, but it’s fair to say that dozens, if not hundreds will be sent to jail, some may be executed. So the military will lose dozens maybe hundreds of its generals and senior staff,” Çağaptay said. This, in turn, will weaken the military’s “talent set,” he added, and its ability “as an institution that can project power and cooperate with the US and NATO.”

There are longer-term questions for Turkey’s allies. Europe, and the world, has a vested interest in stability in Turkey. Indeed, lives may depend on it. Michael Stephens, research fellow for Middle East studies at the Royal United Services Institute for Defence and Security Studies, a British think tank, argues that this attempted overthrow has exposed Turkey’s vulnerability.

“Turkey is a vital linchpin in both European and Middle East security architecture, sharing a heavy burden of coping with millions of refugees from Syria, hosting coalition aircraft targeting Daesh in both Syria and Iraq, as well as being a vital intelligence asset in tracking Daesh activity across the region,” he wrote after Friday's takeover bid (using the alternative name Daesh for ISIS).

“The coup attempt does not appear to have derailed any of these activities so far, but it will have alarmed policy-makers in the West that a NATO ally has come perilously close to a major political disaster.”

In the coming weeks, Turkey’s many enemies may look to take advantage of this instability to weaken the country further.