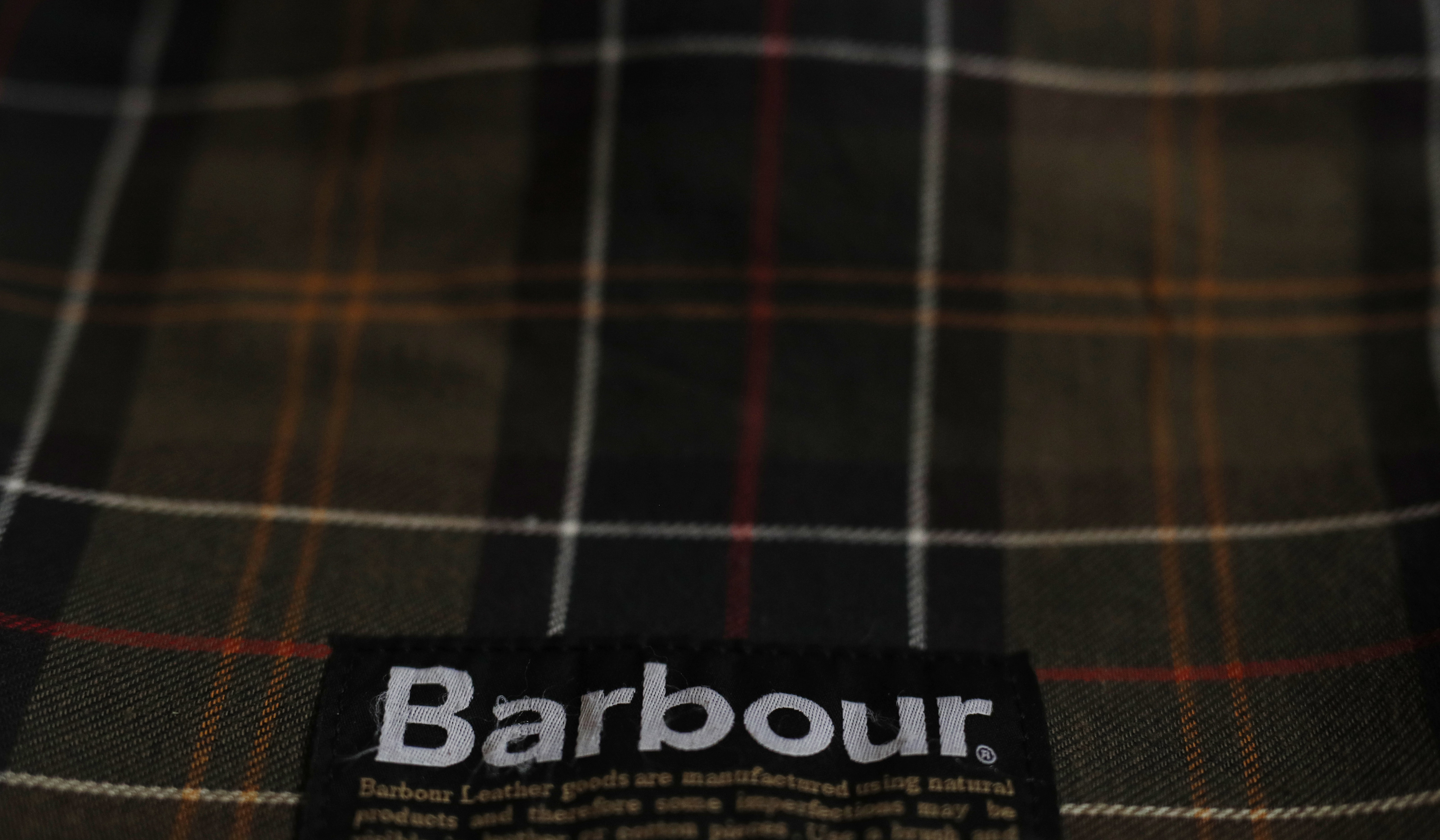 A logo of British fashion company Barbour is seen on a tartan bag in Manchester northern England, April 7, 2016.

In the production hall of the world's biggest tartan maker, huge iron spools rotate amid the roar of machines as threads of every colour are pulled together at lightning speed to produce its distinctive weaves.

A week after Britain voted to leave the European Union, the referendum has left dark clouds hanging over the business in Selkirk, near Scotland's border with England.

Lochcarron of Scotland produces 1,500 types of tartan including a blue and rose pastel version worn by Princess Diana, a product 100 percent "Made in Scotland".

But the firm, which employs 94 people, is now worrying about its future after the shock Brexit vote.

The factory depends heavily on high-precision equipment and raw materials that come from Europe, the prices of which could skyrocket as the pound plunges against the euro.

"That would be the first impact," says production boss David Riddell.

For many in Selkirk, an hour's drive south of Edinburgh, last week's vote was particularly unwelcome. While across the United Kingdom 52 percent of voters backed "leave", 62 percent of Scots voted "remain."

Many families, businesses and institutions come to Selkirk to order their own exclusive tartan pattern. Vivienne Westwood, Dior, Jean Paul Gaultier and Ralph Lauren are among those who have called on Lochcarron for their collections.

Forty-six percent of its sales are overseas.

Riddell says bluntly that Brexit could be a threat to his business. "If politicians do their jobs, we're going to benefit from this, but if not, the UK is going to go through a difficult period," he added.

Liz Cameron, head of Scotland's national Chambers of Commerce, said it was vital that the country continue to trade with Europe.

"We're part of a negotiating group which is within the UK, but our prime minister in Scotland is also developing other relationships," she said. "That's absolutely the right way to go because we're looking at anything that can enable us to continue to trade freely with the European business market."

Scotland's First Minister Nicola Sturgeon wants to keep the nation in the EU and is mulling a fresh independence referendum in a bid to protect its position.

She met European Commission chief Jean-Claude Juncker and European Parliament head Martin Schulz in Brussels on Wednesday, saying afterwards that she was "optimistic" and "heartened today that I've found a willingness to listen".

Other iconic Scottish industries are also looking to the post-Brexit future.

The Edinburgh-based Scotch Whisky Association (SWA), which backed the "remain" campaign, said it was "in touch with government here in Scotland and down in London but also active in Brussels, making sure that we understand that fluid situation as far as possible".

"If there is one thing business likes it's certainty and there's a lot of uncertainty at the moment. And the industry is trying to navigate through that to make sure that we continue to sell a successful product," said SWA spokesman David Williamson.

They are navigating a tsunami of questions.

"It's still unclear what ... EU arrangements there might be. It's unclear whether there'll be changes in terms of taxation, customs regulation, of paperwork," he said.

One key issue will be what will happen to Scotch whisky's special protected status. The EU protects food and drink tied closely to a certain place, and bans, for example, whisky not made in Scotland from being called Scotch.

The whisky industry employs some 40,000 people, and has a lot to lose. The European single market is its biggest market, accounting for a third of exports.

Williamson is nonetheless quietly confident for the future, once the Brexit clouds have cleared.

"For 500 years we have survived wars and revolutions, ups and downs along the way. But we continue to thrive," he said.