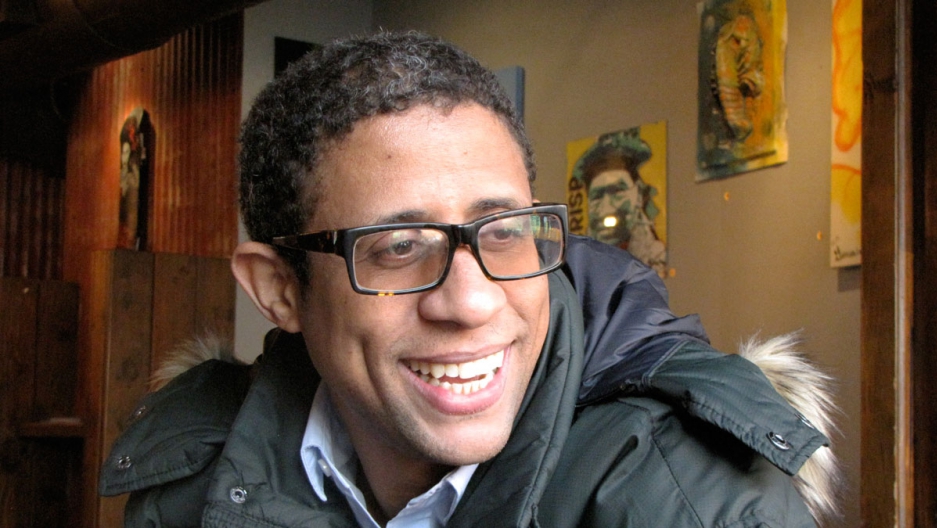 Deivis Ventura at a restaurant in Harlem.

When I meet Deivis Ventura at a bar in the Inwood neighborhood of Manhattan, I'm struck by the way he introduces himself.

“My name is Deivis Ventura,” he says, in strongly accented English. “I am teacher. I am activist for LGBT community in Dominican Republic. I am gay man. Black man, too.”

At 42, Ventura is the first openly gay candidate for Congress in the Dominican Republic. He’s running in the May 15 elections, and LGBT rights — as well as racial and gender equality — are central to his campaign.

Dominicans in the US can’t actually vote for Ventura. They do have representation in the Dominican Congress, but Ventura is running for a different district, which includes western Santo Domingo.

He’s here in Dominican neighborhoods to fundraise and because he thinks Dominicans in the US can influence friends and family back home.

The US is already influencing the conversation on gay rights in the Dominican Repubican, in part through its top diplomat. Ambassador James Wally Brewster regularly attends official functions with his husband, Bob Satawake.

Ventura is a fan. “I think Ambassador Wally has helped change the vision of LGBT people,” he says. “Dominicans see that an important North American public official who is openly gay is a normal human being, who eats, sleeps, gets up, has a life. And he’s also shed light on the big problems that LGBT people face.”

Those problems, he says, include violence against trans people, health providers’ insensitivity to LGBT issues and a lack of laws to protect LGBT people from discrimination.

Ventura knows that last one too well. He says he was forced from his job as a teacher after he publicly came out as gay in 2009.

It’s not illegal to be gay in the DR, but there is still a stigma. Church leaders have made disparaging comments about Ambassador Brewster, and they’ve put Ventura on a list of candidates that Christian Dominicans should vote against.

Some of his critics say he’s promoting a foreign agenda — something he finds ironic.

“The religious groups that are attacking us are also getting money from the United States,” he says.

It would, however, be a mistake to see the Dominican Republic as simply following the US on both sides of the gay rights issue. In fact, Ventura’s candidacy seems to be having an impact on activists here in New York.

Francisco Lazala runs a drop-in center for LGBT youth in Harlem, where many clients are HIV-positive and homeless. He also used to organize a Latino LGBT picnic and health fair that drew thousands. But he got burnt out, he says, because there wasn’t enough support. Then Ventura came along.

“He’s opening up like that dream,” he says. "He's motivating me to get involved. So hopefully if he wins in the DR, that’ll be a huge win for everybody, not only over there but also over here. And maybe his winning will help us to get people motivated again and get involved because a lot of us just stopped. Because we got tired.” 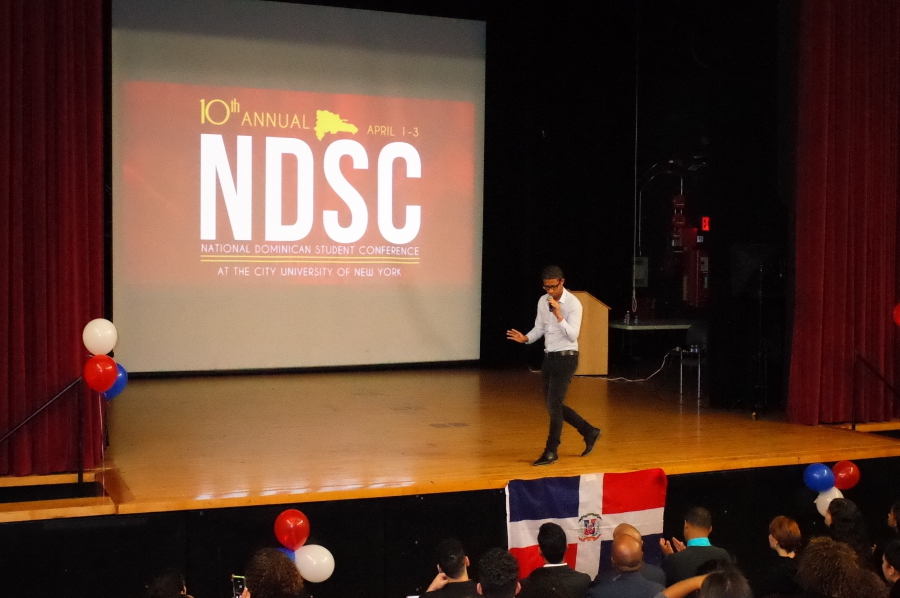 Lazala and Ventura both spoke at this year’s National Dominican Student Conference at The City College of New York.

Ventura spoke about the LGBT rights movement back home, and he was warmly received, with frequent laughter and applause. Afterward, some students skipped out on the next speaker to catch Ventura before he left.

Among them was Renangie Alcantara-Polanco, a student at George Washington University. She says Ventura’s candidacy can help people of her generation share their more progressive views on gay rights with their Dominican-born parents.

“I think it’s really valuable to talk about his candidacy in our homes,” she says, “because those two communities coming together, and the different kinds of education we receive surrounding the same kind of topic contribute to a really important conversation.”

There’s a word Ventura’s communications director, Alfonso Torres, likes to use to describe him: 'Chispeo' — pronounced 'chipeo’ in Dominican Spanish.

I ask for a translation, and Torres explains it this way: “A chispeo is when you have positive and negative cables," he says. "You put them together and, 'Pow!'” There’s a spark.

“Deivis,” he says, “is like a shock to the brain of the DR’s conservative society.”