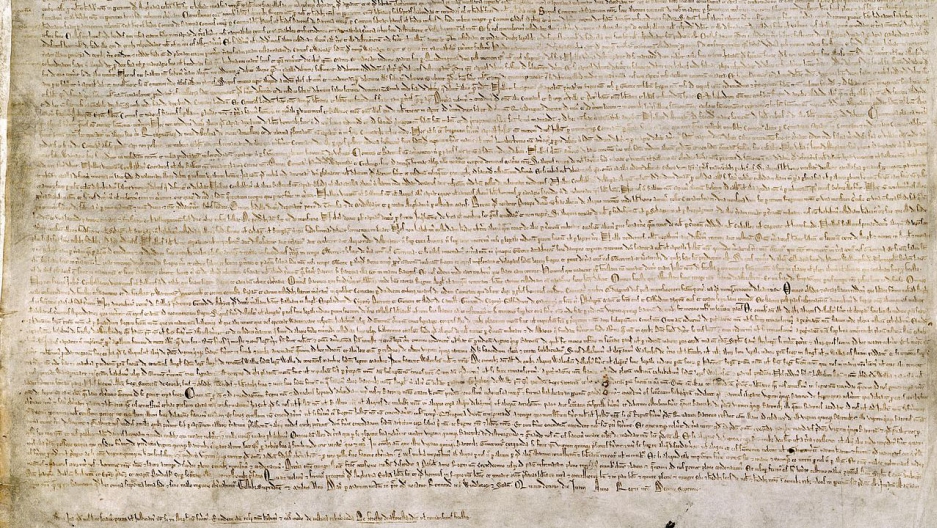 The Magna Carta is written on vellum, just like the laws of the UK Parliament — at least until April.

Parliament in London has written its laws down on vellum parchment since it was first summoned in 1264. But that is all set to end on April 1, when it switches to parchment paper.

What’s the difference? Vellum, made from calf-skin, will last thousands of years, without any special treatment. It’s also waterproof. Parchment paper will only last perhaps 250 years, if kept under optimum conditions.

The change is being introduced as a cost-cutting measure.

Sarah Hodgson is one of several MPs fighting the change. She’s seen and handled laws, ancient and modern, herself.

“It feels very much like a stiff card, but it can just go through a regular printer and printed on; or calligraphers can write on it.”

Hodgson vividly recalls the moment an archivist pulled out an Act from the reign of Elizabeth I (1558-1603), “and I said, oh, do I have to put on special gloves? And she went no, no, no, you can just touch it, look at it. You know, vellum is so sturdy, you don’t have to worry. No special conditions are needed. “

“I can’t see why, when there’s something that exists, that is so sturdy and will last for centuries, that we would want to scrap that in favor of using parchment paper.”

No-one is making an animal rights argument against vellum, says Hodgson. She says it’s a by-product of the meat industry, and the hides would be scrapped if they were not used for vellum.

Hodgson is also concerned that the change will destroy a heritage craft, making vellum.

She remains optimistic that parliament’s managers will change their mind. She’s filed a motion to protest the lack of debate on the issue in ‘the mother of parliaments’ and hopes that will lead to a stay.