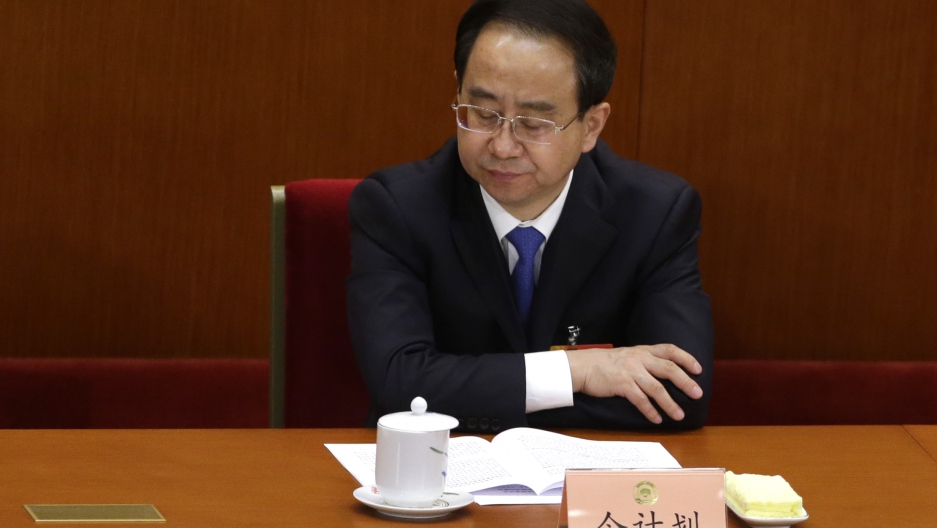 Ling Jihua, newly elected vice chairman of the Chinese People's Political Consultative Conference (CPPCC), pauses while attending the opening ceremony of the CPPCC at the Great Hall of the People in Beijing March 3, 2013.

In modern China, it's totally possible to have top Communist Party officials and Ferrari driving playboys in the same family.

But sometimes when the lines blur, the results can be ugly.

Take the case of Ling Wangchen and his brother, Ling Jihua.

Ling Jihua was a top Chinese leader. And he’s believed to have handed over top secret documents to his brother Wangchen who, it is believed, handed them over to individuals in the US.

“So what happened was Ling Jihua’s son was driving very late in the evening in a Ferrari that he somehow managed to purchase, despite his parents’ nominally modest salaries as government officials,” says Isaac Stone Fish with Foreign Policy. “He crashed the Ferrari with two half-naked, women in the car.”

The crash injured the women, and killed the son. Officials gave the women hush money. Ling Jihua hoped it would be the end of it. Not so, according to Stone Fish. “Ling Jihua’s enemies used this to peg him on corruption,” he says. “He was deposed and arrested.”

Wangchen flew to the US and passed those documents along, ultimately to the FBI/CIA. According to reports, the documents appear to include nuclear secrets and embarrassing facts about the communist government.

Stone Fish says he likely did it in an effort to protect his brother. “Wangchen could trade the information back to Beijing for perhaps more lenient sentencing or a get out of jail free card,” he says.

We don’t know where the brothers are right now. Jihau may be in a Chinese jail cell, or a high-end villa. Wangchen is believed to still be in the US. Stone Fish thinks the whole story could be trumpted to upwardly mobile Chinese citizens as a warning to not be so unbridled with wealth and greed.

“I think if there was one great takeaway for any top Chinese officials listening it’s this: Keep your children in line.”