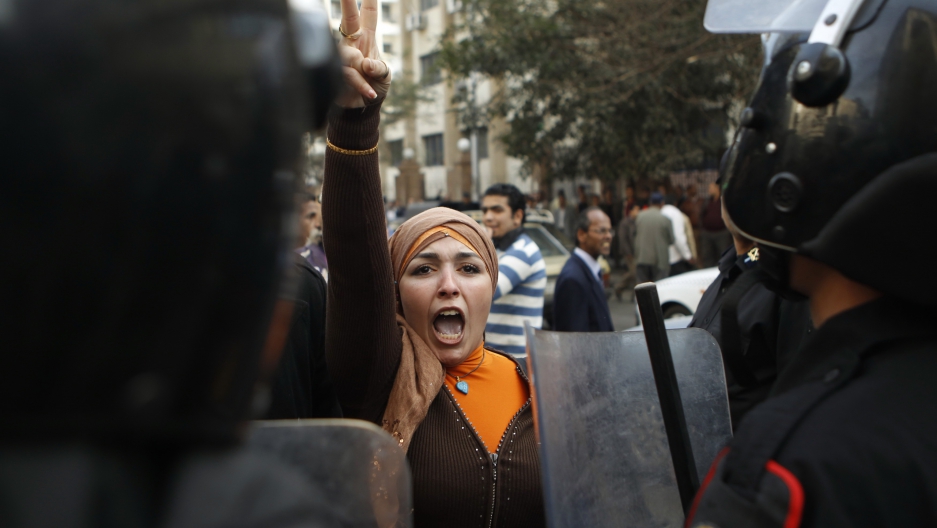 An anti-government protester gestures during clashes with police in Cairo January 26, 2011.

On the day of the fifth anniversary of the Egyptian uprising that lead to the fall of Hosni Mubarak, Egyptian writer and researcher Rasha Abdulla wasn’t giving interviews. Here, she tells us why — and what she thinks is worrying the current regime in Cairo.

I haven't been able to write much about January 25, and I've refrained from all media interviews. It's hard. Harder than I thought. Part of me didn’t want to tweet to the hashtag because I didn’t want to pollute the #Jan25 hashtag. I wanted it to remain intact with the beauty of the 18 days of the revolution. With its romance, and anger, and humor, and emergencies, and cries of freedom, and dreams of a better tomorrow. I didn’t want the hashtag to carry the painful scars of today, the disappointment, the cries of the dead and the detained and the disappeared.

I also realized that I wasn’t even able to put my feelings into words, and honestly, I wasn’t very interested in doing so. There didn’t seem to be much I could say. I know that this is far from over, in fact it's just beginning. Five years is nothing in the history of a nation. But it’s a such a bleak point in the modern history of Egypt that it’s difficult to raise your head above what’s happening for a breath of fresh air. Freedom, the ultimate value that we revolted for, is at its lowest point ever. And most people are drained, and don’t see much hope.

But sometimes little things give you hope. And this hashtag on Twitter last night did it for me. The hashtag translates into #The_regime_is_afraid_of, and this is some of what I believe the regime is afraid of.

The regime is afraid of young revolutionaries who had the power and the energy to move the crowds for #Jan25 and beyond. Their proper punishment is either to be thrown in jail for, get this, protesting, or to be driven out of the country in a form of informal forced exile. The regime is afraid of Mahienour el Masry, who while in jail, was awarded the “Ludovic-Trarieux” Human Rights Prize and dedicated it to protesters and freedom fighters worldwide. The regime is afraid of Alaa Abdel Fattah, who is serving a five-year sentence for protesting to end military trials for civilians. 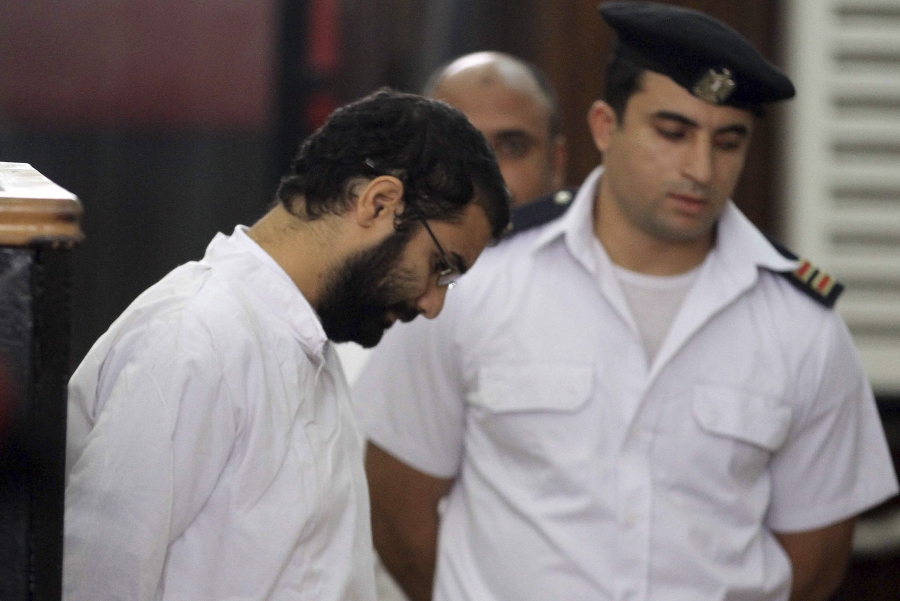 Activist Alaa Abdel Fattah stands in front of a police officer at a court during his trial in Cairo, November 11, 2014.

It is afraid of Ahmed Abdel Rahman, who happened to pass by that protest, and tried to help a young woman being choked by civilian-clothed men. He didn’t realize they were policemen and she was a protester, and for that, he is serving five years. It is afraid of Ahmed Doma, Mohamed Adel, Ahmed Maher and scores of other April 6 youths. It is afraid of Mahmoud Mohamed, the minor who has been detained pending investigation for more than two years now for wearing a T-shirt with the slogan “A Nation Without Torture.”

The regime is afraid of journalists Mahmoud Abou Zeid (Shawkan) and Yousef Shaaban and dozens more who are in prison for doing their job. It is afraid of Reem Magued and Dina Abdel Rahman and Yosri Fouda, popular talk show presenters who chose to tell the truth and for that reason were sent home, out of a job. It is afraid of Bassem Youssef, Egypt’s Jon Stewart, who dared to make fun of corruption and injustice.

The regime is afraid of Wael Ghonim, the former Google executive who played a major role in creating awareness among youth of issues of torture and police brutality though his “We Are All Khaled Said” page on Facebook, the page that ultimately posted the call for protests on Jan 25.

The regime is afraid of young award-winning human rights defender Yara Sallam, who just got out of prison also on protesting charges, and of her former cell mate, Sanaa Seif, the 20-year-old who walked a one-person protest on Jan. 25 to commemorate her usual route on that day. 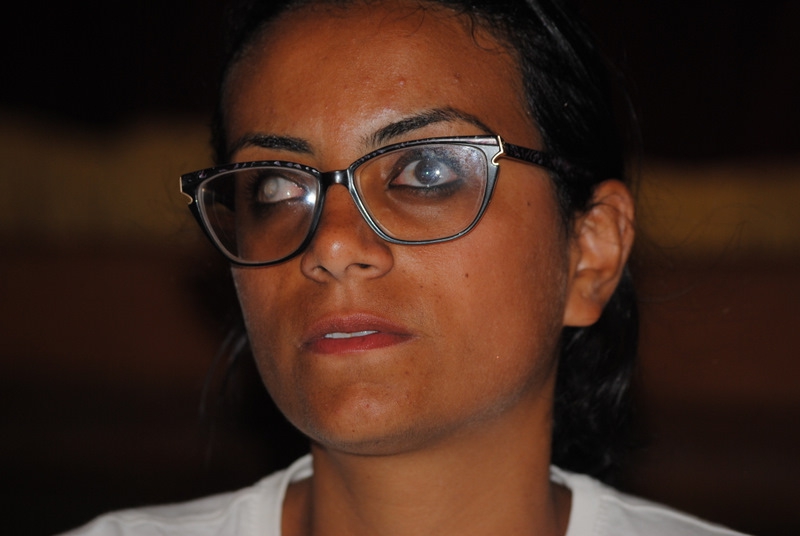 Egyptian Activist and human rights lawyer Mahienour El Masry is currently in jail serving a 15 month sentence.  She was arrested for after taking part in demonstration against police brutality. Authorities accused her of “storming” a police station.

Egypt has a very young population. More than half of our 90 million people are younger than 25. What does it mean for the future of Egypt when this population remains hurt and angry? What does it mean when the regime seems to be making a clear statement that no demands will be met, and that peaceful means of asking for a better life will all be banned?

Thanks #Jan25. You made me a better person.

Rasha Abdulla is associate professor of journalism and mass communication at The American University in Cairo. She tweets as @RashaAbdulla.