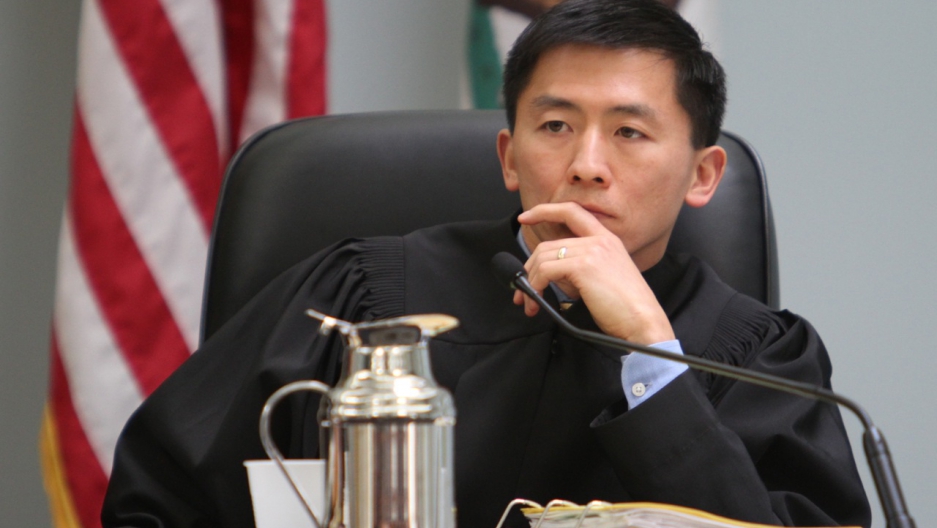 That experience can be a very personal evolution, because people are left to arrive at it by themselves — many adult children of immigrants say it never occurred to their parents to talk about the feeling of being different, and how to handle it.

In more diverse parts of the country, such as California, being different can be normal, and being first-generation doesn’t necessarily feel like being different.

That’s why California Supreme Court Justice Goodwin Liu’s story fascinates me. He was raised in “very faraway places,” like Augusta, Georgia, where he was born. (“And if you’ve ever been to Augusta, Georgia,” he says in this episode of Otherhood, “you know what I’m talking about.”)

His family moved to a sugarcane town in Florida with a population of 5,000 before settling outside Sacramento, where Liu grew up. All that time, he never really thought about being the son of Taiwanese immigrants.

“I mean, I realized I was different,” he says. “But I never thought anything of the notion of having an Asian American identity. It just wasn’t a relevant concept.”

Related: How Aziz Ansari helped me embrace my 'Otherhood'

Once Liu figured out he wanted to be a lawyer, he excelled. He was a Rhodes Scholar, clerked for Ruth Bader Ginsburg, worked at high-profile firms and taught at the University of California, Berkeley.

And then, in 2010, President Barack Obama nominated Liu as his nominee to the 9th Circuit US Court of Appeals. Republicans hailed Liu’s immigrant success story, but were appalled by his “extreme” opinions.

“When I met with Mr. Liu I found him to be personable and clearly bright,” then-US Senator Jim Webb, of Virginia, says in a speech on Liu’s nomination before the Senate. “But intellect in and of itself does not always give a person wisdom. Nor does it guarantee good judgment.”

The appointment languished, with some senators complaining Liu was too critical of US Supreme Court Justice Samuel Alito and too supportive of affirmative action. In May 2011, Liu withdrew his name from consideration.

Jerry Brown, the governor of California, nominated Liu to the state Supreme Court just two months later, joking that he had already been thoroughly vetted.

Now Liu sits on one of the most diverse state supreme court in the country. And in that position he discovered himself to be an Asian American role model — something he was surprised that people still need.

“I, frankly, was taken aback by it,” Liu says. “I didn’t have the sense of how powerful an effect that has on people — because it speaks to the very subtle ways in which people still find it occasionally difficult to navigate this world.”

Those first-generation people who still feel “different,” may continue to, Liu says, until many more glass ceilings are broken.