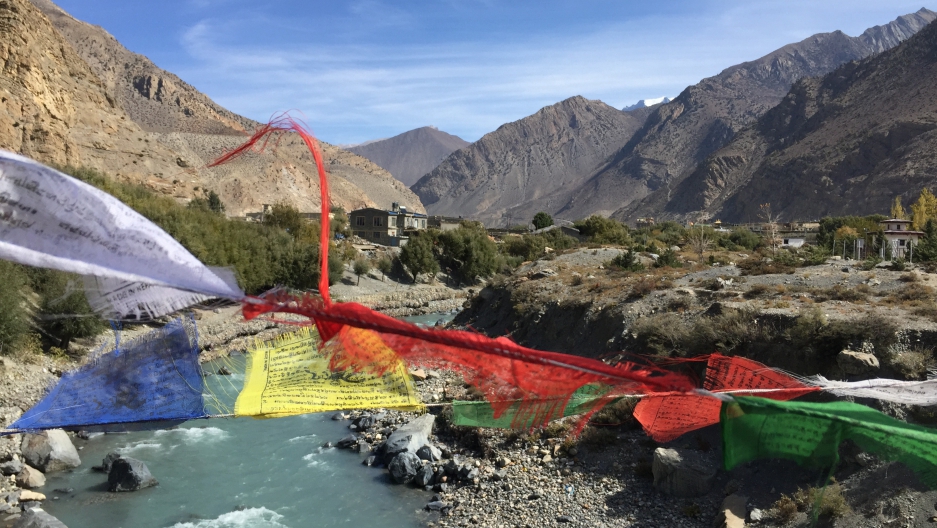 Trekking the Annapurna route near Jomsom. Trekkers are critical to Nepal's tourism industry, but the travel warnings boost the cost of travel insurance for them.

In April, Nepal was struck by a massive earthquake followed by a devastating series of aftershocks. We all saw the news coverage: millions of people displaced, ancient temples reduced to rubble, avalanches, landslides.

Aid poured into Nepal, more than $4 billion of it. But that news coverage proved to be a double-edged sword. All those images of destruction left the impression the entire country had been leveled, and led to a different kind of aftershock: the collapse of the tourist industry, which accounts for and estimated 4 percent of Nepal’s GDP.

Three months ago, I was invited on a trip to Nepal, sponsored by the Nepalese government, a private tourism industry group, and Samarth, an NGO funded by the British government. The goal was to show tourists that despite the earthquake and political protests, which erupted after the passage of a new constitution, Nepal was “open for business.”

I’d never paid much attention to government travel advisories, but I decided to check what the State Department had to say. In October, it issued a “warning” for Nepal. Also on the warning list — Iraq and Somalia.

“We want you to know the risks of traveling to these places and to strongly consider not going to them at all,” the State Department site said. Yikes. I began to wonder whether this trip was really such a great idea.

At the airport in Abu Dhabi, I wasn’t exactly reassured to learn I’d been bumped from my flight because the plane was carrying extra fuel to Kathmandu. The protests at Nepal’s border with India, related to the new constitution, had led to a severe shortage.

But once I finally got to Kathmandu, life seemed remarkably normal. The earthquake damage was largely cleared away and fenced off. There were, of course, lots of empty spaces where centuries-old temples once stood. And in historic Patan Durban Square, the sound of reconstruction was everywhere. 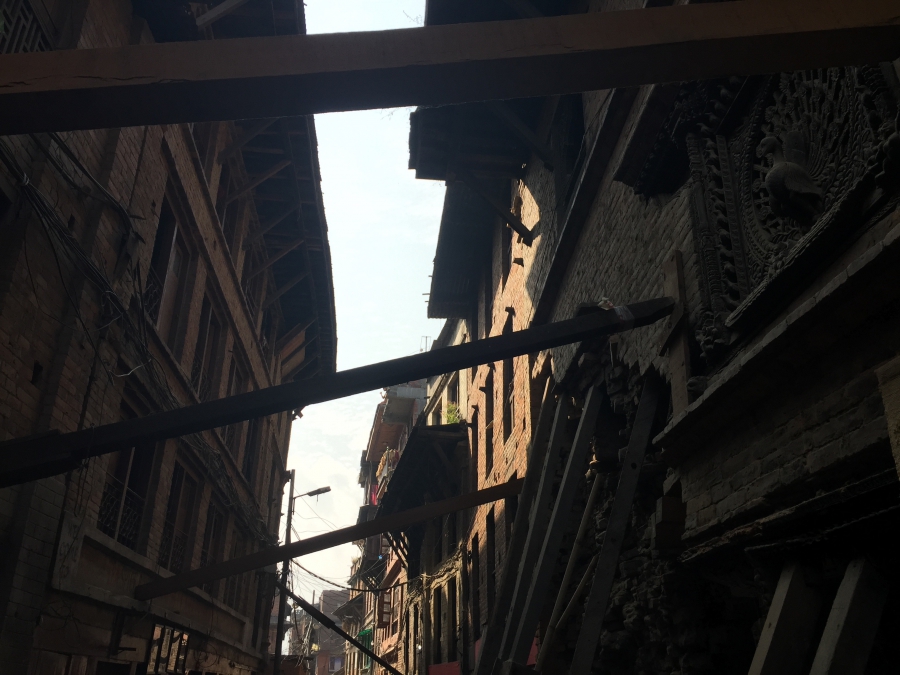 Earthquake-damaged buildings in the historic city of Bhaktapur. Nepalese officials want tourists to know the city is ready for visitors.

But I was also surprised to find plenty of temples left standing. Like everyone else, I’d seen the footage of post-earthquake Kathmandu and assumed most of Nepal’s heritage sites were gone.

That’s exactly the impression tourism officials in Nepal were trying to change.

“It is not Nepal that has been affected; it is only 14 districts that have been hit hard,” said Sunil Sharma, of the Nepal Tourism Board. Nepal's 61 other districts suffered minimal or no damage.

Samarth, the NGO that helped sponsor my trip, also commissioned an independent assessment of two of Nepal’s most popular trekking routes, Everest and Annapurna. They were pronounced safe, with some important caveats. The thing is, trekkers are key to reviving Nepal’s tourism industry, but travel warnings boost the cost of travel insurance. And backpackers need that insurance if they’re trekking in remote areas, like our next stop, the town of Jomsom on the Annapurna circuit.

The landscape is spectacular at the foot of the Himalayas — our trekking route threaded over wild mountain streams to Dhumba, a sacred Buddhist lake.

It’s far from the epicenter of the earthquake and the political struggles at the Indian border, but still, you won’t see many tourists here. Tripple Gurung, who owns a hotel called “Om’s Home,” told me bookings are down 50 percent. He’s not the only one here who depends on tourism.

“I’m running a hotel, but there are people who grow vegetables. They come here in the morning, so we buy the vegetables for our guests.”

The story was the same in Nepal’s second largest city, Pokhara: minimal earthquake damage, major tourism declines. And long lines of cars and mopeds were queuing up for rationed gas.

It’s easy for a tourists to insulate themselves from the day-to-day realities of life here from within a coach bus. But ethical quandaries are just a question away, as I learned from Krishna Poudel, a naturalist at our next stop, the Barahi Jungle Lodge in the Chitwan Valley.

When I asked how the hotel was managing during the fuel crisis, he told me that in preparation for my group’s arrival, hotel staff made a 10-hour round trip to the Indian border to buy gas on the black market — at four to five times the normal price.

On the one hand, Nepal really needs tourist dollars. On the other hand, the fuel crisis was hitting hospitals, schools and Internet servers — it felt terrible to be using up their scarce resources so that we could, you know, look at some rhinos.

I had to ask Krishna: Was it really worth it?

“For the hospitality business, we have to do it,” he said.

By the end of my trip, I was left with deeply mixed feelings. As a tourist, there are undeniable pleasures to be had trekking in Nepal’s mountains, parasailing its skies, and touring its temples. But the political crisis, and the growing fuel shortage, is a real problem for travelers. Two weeks after we left, all domestic flights in Nepal were grounded.  Of course, it’s much more than an inconvenience for the people of Nepal — it’s verging on a humanitarian crisis.

So one can only hope the crisis is resolved quickly. No matter how much Nepal insists it’s open for business, politics are still blocking the gate.