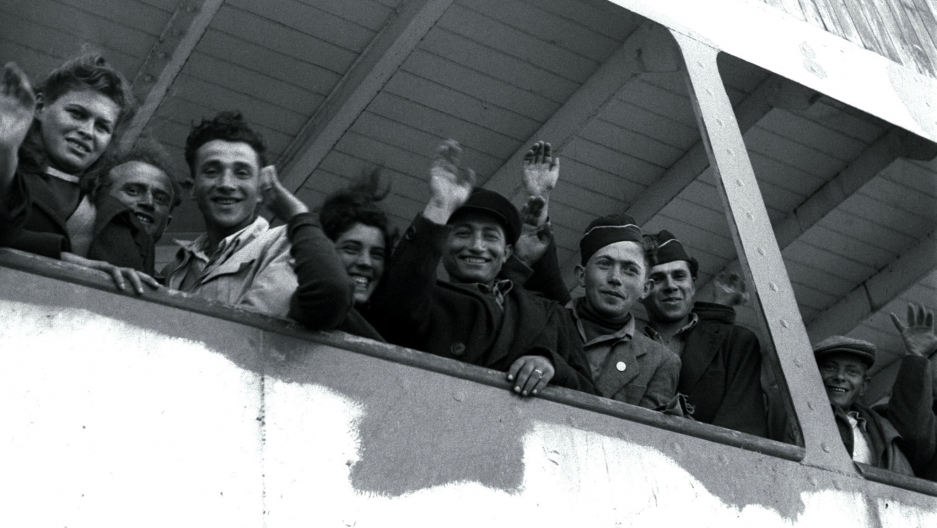 Newly arriving Jewish refugee from the Nazi Holocaust wave from the ship SS Awarea as it pulls into Haifa port on April 6, 1948.

In the summer of 1942, the SS Drottningholm set sail with hundreds of desperate Jewish refugees, en route to New York City from Sweden. Among them was Herbert Karl Friedrich Bahr, a 28-year-old from Germany, who was seeking entry to the United States.

When he arrived, his story was much like his fellow passengers: As a victim of persecution, he wanted asylum from Nazi violence.

But during a meticulous interview process that involved five separate government agencies, Bahr's story began to unravel. Days later, the FBI accused Bahr of being a Nazi spy. They said the Gestapo had given him $7,000 to steal American industrial secrets — and that he'd posed as a refugee in order to sneak into the country unnoticed. His case was rushed to trial, and the prosecution called for the death penalty.

What Bahr didn’t know, or perhaps didn’t mind, was that his story would be used as an excuse to deny visas to thousands of Jews fleeing the horrors of the Nazi regime.

World War II prompted the largest displacement of human beings the world has ever seen — although today's refugee crisis is starting to approach its unprecedented scale. But even with millions of European Jews displaced from their homes, the United States had a poor track record of offering asylum. Most notoriously, in June 1939, the German ocean liner St. Louis and its 937 passengers, almost all Jewish, were turned away from the port of Miami, forcing the ship to return to Europe. More than a quarter of the passengers died in the Holocaust.

Government officials from the State Department to the FBI to President Franklin Roosevelt himself argued that refugees posed a serious threat to national security.

Yet today, historians believe that Bahr's case was practically unique — and the concern about refugee spies was blown far out of proportion.