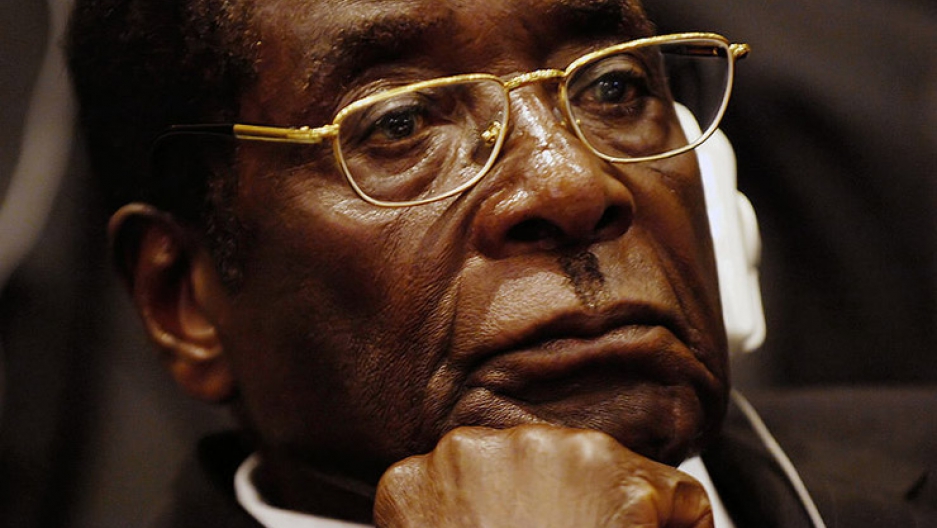 The winner of the 2015 Confucius Peace Prize is Robert Mugabe, the president of Zimbabwe.

The Confucius Prize is China's answer to the Nobel Peace Prize. So at first blush, it seems a little confusing that the award should go to the Zimbabwean strongman, rather than any of the other contenders (UN chief Ban Ki Moon; South Korea’s president Park Geun-Hye and Bill Gates.)

Mugabe is a former guerrilla fighter, who has ruled Zimbabwe with an iron fist for 35 years. He has been accused of rigging elections and having his opponents killed since the 1980s.

“I think what the organizers of the prize appreciated for Mugabe,” says Isaac Stone Fish, Asia editor for Foreign Policy magazine, “is that unlike failed states like Libya, Syria or North Korea — even though they didn’t say that — Mugabe has managed to keep his country together.”

“They also gave him credit for being an independence fighter,” adds Stone Fish.

“I will just take a controversial take on this one,” Stone Fish went on, “and say the organizers of this prize are doing something brave, by speaking outside of what the government has sanctioned. Now, it may seem strange to argue that awarding a peace prize to Mugabe is brave, but what they’re doing is that they’re trying to start an organization that advances their own views, as opposed to the views of Beijing. I think Beijing’s mandarins, officials in the party, would find it embarrassing to actually award Mugabe a prize. But these people believe it and they’re exercising their right of free speech to do it.”

“It’s probably not something they’re going to be allowed to do for very much longer, considering how much embarrassing press it’s gotten. But I do have to give them respect for that.”

The Confucius Prize was established in 2010, after the Nobel committee awarded its peace prize to imprisoned Chinese dissident Liu Xiaobo.