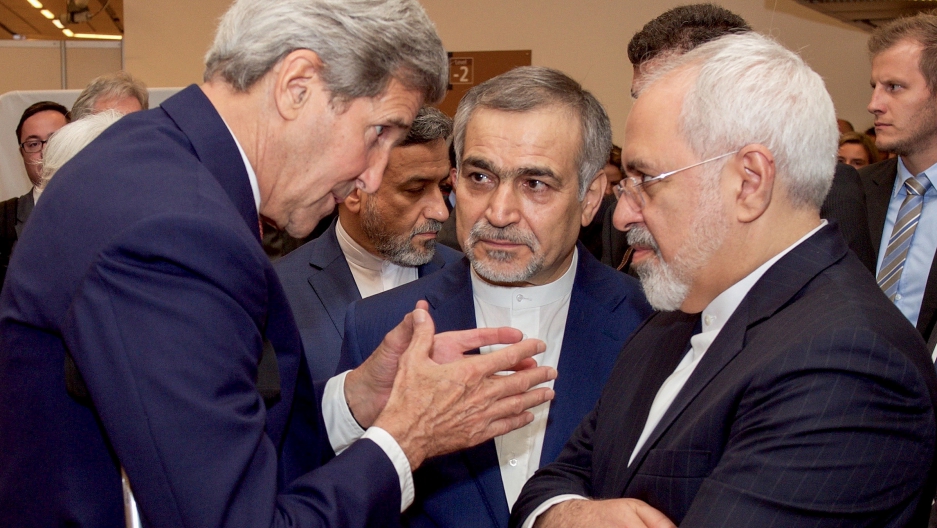 President Obama is wasting no time to sell the hard-fought nuclear deal his administration just reached with the Islamic Republic of Iran.

There are plenty of skeptics in Congress, which has the power to derail the agreement, if there is tremendous bipartisan opposition.

But the president says he has yet to hear any viable alternatives to what he describes as, “the most vigorous inspections and verification regime, by far, that has ever been negotiated.”

Obama told a news conference that the terms of this agreement with Iran would grant United Nations inspectors around-the-clock access to the entire nuclear supply chain.

“With this deal, we cut off every single one of Iran’s pathways to ... a nuclear weapons program,” the president said in prepared remarks. “Without a deal, those pathways remain open. There would be no limits to Iran’s nuclear program and Iran could move closer to a nuclear bomb.”

If Iran gets caught cheating on its obligations, Obama said the US and its international partners would still have the ability to re-impose economic sanctions on the country. And the president said the agreement maintain a one-year break-out time, which means that Iran would be kept 12 months away from being able to build a nuclear bomb.

“Really, the only argument you can make against the verification and inspection mechanism that we’ve put forward is that Iran is so intent on obtaining a nuclear weapon, that no inspection regime and no verification mechanism would be sufficient, because they would find some way to get around it,” Obama said.

The president said this line of thinking leads to the conclusion that the only way of preventing Iran from obtaining a nuclear weapon is by applying military force. “[I]f somebody wants to make that debate, whether it’s the Republican leadership, or [Israeli] Prime Minister [Benjamin] Netanyahu, or the Israeli ambassador or others, they’re free to make it. But it’s not persuasive,” Obama said.

Another concern that skeptics of the Iran deal have raised centers on Tehran’s support for Hezbollah in Lebanon, Hamas in Gaza, and pro-Assad militias in Syria. President Obama said these remain serious concerns for the United States and its allies.

But Obama pointed out that the multilateral negotiations leading up to this agreement were always focused on the narrow issue of Iran’s nuclear activities. “Having resolved the nuclear issue, we will be in a stronger position to work with Israel, work with the Gulf countries, work with our other partners, work with the Europeans, to bring additional pressure to bear on Iran around those issues that remain of concern.”

Plenty of people in the Middle East are skeptical of the deal. There are a lot of concerns about how it will affect the balance of power in the region. Israel and Saudi Arabia are both airing their concerns about the deal.

"It's an odd state of affairs," says Feisal al-Istrabadi, a former diplomat who represented Iraq at the UN. "There is obviously a warming of what had been, at least at an official level, a very deep freeze in relations between Israel and Saudi Arabia. I think the Saudi's are apoplectic at the possible rapprochement between the United State and Iran."

Istrabadi reminds us the US and Iran had great relations before the 1970 revolution. He says Saudi Arabia is concerned about a return to those days as it currently sits in a regional geo-political struggle with Iran. To him, the deal will do little to stop Iran from projecting its interests in the region.

"Iranian influence is in Iraq. It's in Afghanistan to a certain extent. It's in the Gulf. It's in Syria. And it's in Lebanon of course," he says. "But the option isn't, 'Do we get a scaled back Iran?' It's 'Do we have an Iran doing these things with or without a nuclear weapon?' And the without sounds like a better idea."