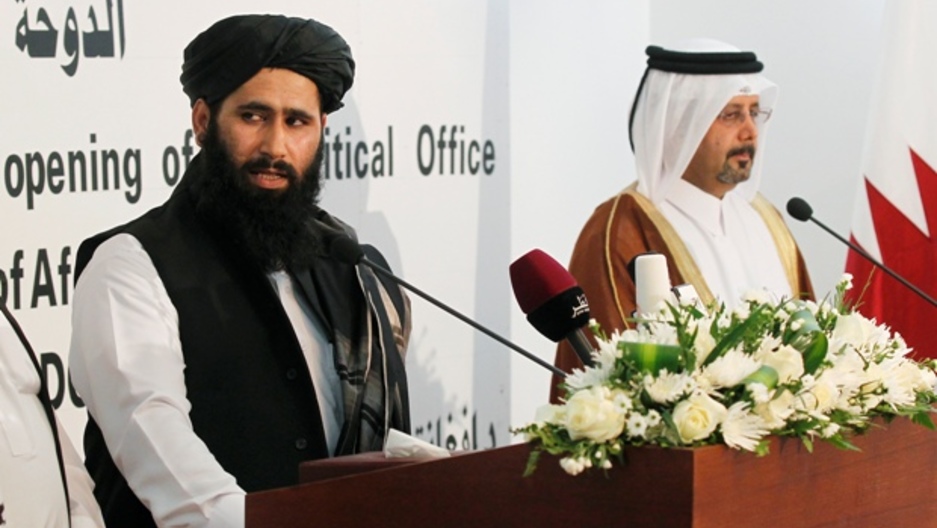 The men were swapped for US Army Sgt. Bowe Bergdahl and sent to Qatar, where they're subject to extensive monitoring and travel restrictions.

But the year-long travel ban on the five is due to expire, raising questions about what happens next, including whether they could return to Afghanistan. The US State Department says it's doing all it can to keep them in Qatar.

"We continue to work to make sure that these individuals do not pose a threat to the US, and these are ongoing discussions about what will happen next. But as those discussions happen, Qatar has agreed to maintain those restrictions," says State Department deputy spokeswoman Marie Harf.

Charlie Sennott, founder of The GroundTruth Project, says this "trust us" statement isn't exactly encouraging. Sennott says Afghan analysts believe one of these five, Mullah Mohammed Fazl, to be the "worst of these worst." And the other four aren't much better.

"I understand the Afghan military commanders who are less than trusting and quite concerned about that possibility," Sennott says. "What happens is a huge question. The US intelligence reports on Mullah Fazl state that it is likely he'll try to return to the battle, that he's a committed commander of the Taliban."

In addition to Fazl, who was the former Taliban army chief of staff, there's a former deputy intelligence minister, and a former interior minister, as well as two other senior Taliban members.

Their release in May last year triggered a storm of protest from some Republican US lawmakers, which was renewed Sunday by Rep. Ed Royce, chairman of the House Foreign Affairs committee.

The White House had defended the exchange on grounds Bergdahl was a prisoner of war and the US was following the principle of not leaving US military personnel behind. Bergdahl, who was taken prisoner in June 2009 after going missing from his unit, was charged in March with desertion and misbehavior before the enemy.

"The theory behind it is really interesting, which is that President Obama had a problem in Guantanamo," says Sennott. "At some point he's going to have to release these Taliban leaders. He has another problem, which was Bowe Bergdahl being held. Here was a win-win for him: he could take five of the Taliban commanders out of Guantanamo, release them, and get Bowe Bergdahl back. So he was sort of killing two birds with one stone."

There was also supposition floating around that Obama hoped these men, once free, might help with negotiations between the Taliban and Afghan officials.