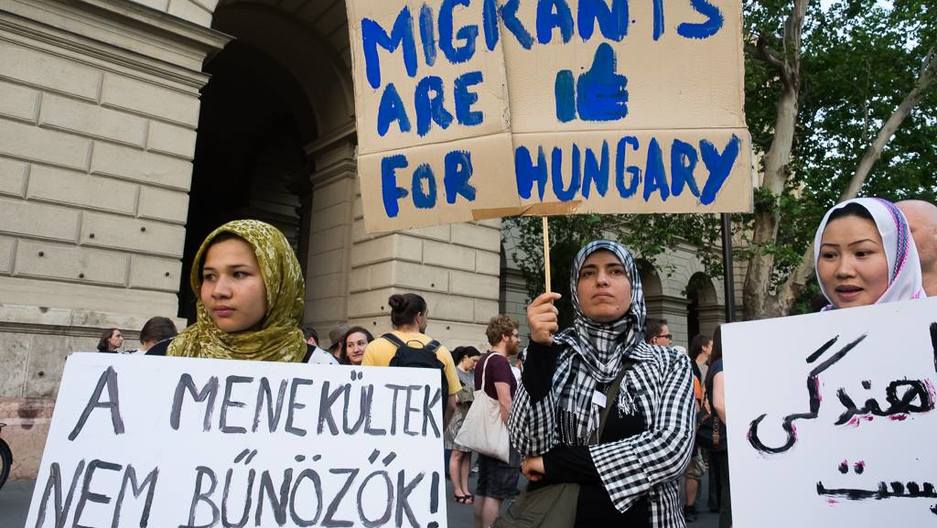 As Europe grapples with the stream of people risking their lives on the Mediterranean to reach its borders, Hungarian authorities have stood out for their especially virulent anti-immigration rhetoric.

With Prime Minister Viktor Orbán leading the charge, the government mailed a 12-point questionnaire to more than 8 million households at the beginning of May 2015 to gauge attitudes toward immigration. According to the government’s website, the consultation was initiated in order to assess public support for future policy changes, but it doesn't require particularly detailed examination to reveal bias and xenophobic undertones in its leading questions.

Upon receiving the questionnaire, many Hungarians took to social networks to comment that the questions therein set a tone of dread, firmly linking the issue of terrorism with the issue of immigration. In fact, the first question asks about ISIS and the deadly Charlie Hebdo attack in Paris, and does not mention immigration or immigrants at all:

The European Union doesn't get away unscathed either. The consultation laments the “mismanagement” of the EU's immigration policies and proposes that the Hungarian government implement stricter rules on its own:

Other questions blur the line between documented and undocumented immigration and push the premise that immigration is a threat to Hungarians’ economic opportunities:

Reading a sentence as simple as, “recently the number of immigrants in Hungary has increased twenty-fold,” one can't help but wonder when exactly “recently” was, what kind of “immigrants” the question refers to, and what the “twenty-fold” increase is in comparison to. In fact, the number of asylum seekers has increased from about 19,000 in 2013 to 42,000 in 2014, but according to the UNHCR, only around 4,000 were granted refugee status or have their claims pending.

As seen above, the questionnaire, which cost the government more than $3.2 million, manipulates the respondents in a number of ways. Most glaringly, it presents Hungarians with a false dilemma when it comes to the possible answers they can choose. There are only three options, two-thirds of which are beneficial to the party line: “I fully agree,” “I tend to agree”, and “I do not agree” (or variations of those three, depending on the wording of the question). The option of “I somewhat disagree” is suspiciously absent.

Officials don't appear to be planning to make the results public.

Observers have pointed to Orbán and the ruling Fidesz's weakened political position as the reason behind their increased use of hardline right-wing rhetoric. In February 2015, a by-election was held to replace a Fidesz-KDNP coalition member of Parliament from Veszprém, who had taken on an EU commissioner position. In the by-elections, an independent candidate won and, as a result, Fidesz lost its overwhelming two-thirds majority in Parliament.

In addition to emphasizing the detrimental effects that the allegedly growing economic immigration has had for Hungary, Orbán has also called for “keeping the death penalty on the agenda” in response to the murder of a woman last month in the southwestern city of Kaposvár. The death penalty is banned in the EU.

The government's hostile rhetoric toward immigration and the questionnaire in particular have caused backlash among individuals and civil society in Hungary.

On May 19, MigSzol, a Budapest-based NGO working for migrant and refugee rights, organized a protest where participants were encouraged to fold the questionnaires into tiny paper boats and set them afloat on the Danube. More than 1,000 people attended and according to the organization’s Facebook update, visits to their website skyrocketed. 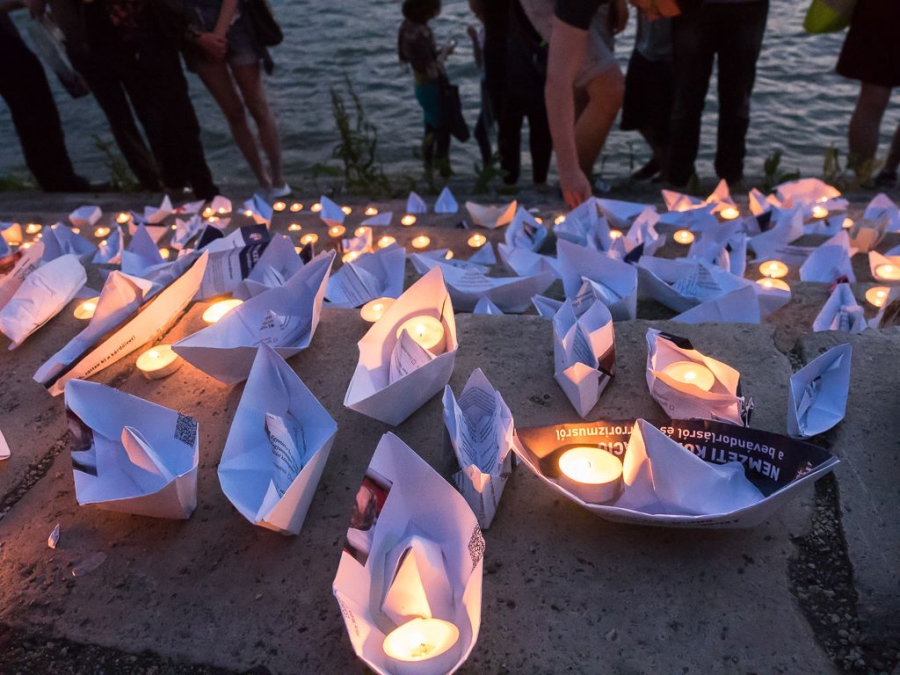 Hungarian protesters launch paper boats made out of pages of the biased questionnaire, to represent the lost lives of illegal migrants.

Such initiatives, including the now widely used hashtag #bevandorlovagyok (I am migrant), seek to remind people that Hungarians come from a variety of backgrounds. Alienation and hostility promoted by the political agenda turns a blind eye to ethnic complexities and the peripatetic history of Central and Eastern Europe as well as the world as a whole.