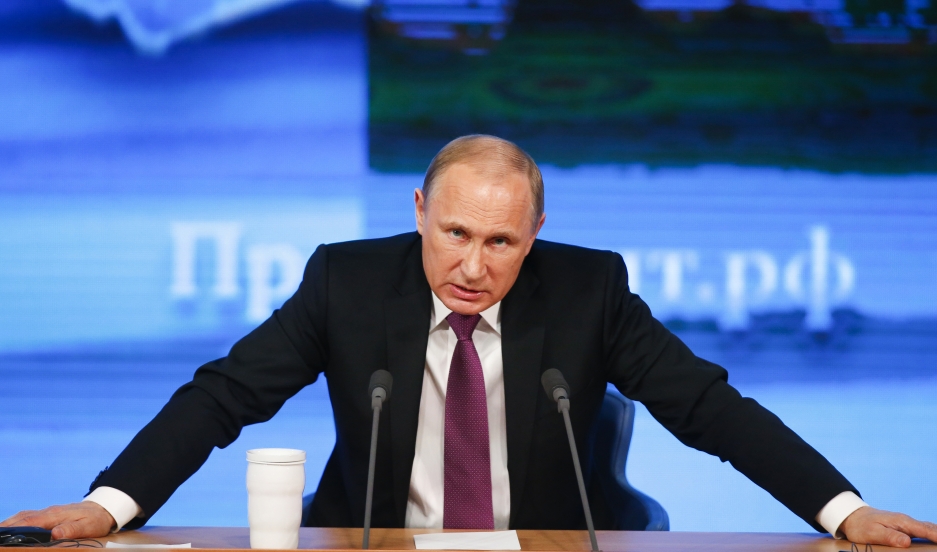 Russian President Vladimir Putin may be trying to escalate the conflict in Ukraine to reshape Russia's borders and cement his sphere of influence in Eastern Europe. But what is the endgame for Putin? And what will he do next?

Many who know him, like his biographer, Nataliya Gevorkyan, say that Putin has a specific mentality: When he’s in a corner, he will strike.

"He said that, 'I learned very good. I learned forever, don’t try to push somebody into the corner. They will jump. Because when you don’t have [anything] to lose, you just — you attack,'" says Gevorkyan. "I think it’s absolutely true about himself. When he’s in a corner, that’s why he’s dangerous. He can jump. He will not say, 'OK, let’s talk.' He will jump."

And with oil prices down 50 percent and the ruble losing more than half its value, Russia and Putin are feeling threatened, according to George Friedman, the CEO of global intelligence firm Stratfor and author, most recently, of "Flashpoints: The Emerging Crisis in Europe."

Those concerns aren't just economic, either. Though it’s never been successfully occupied for an extended period of time, Russia has been invaded and feels the need for geographic protection as well.

“Russia needs buffers  — the traditional buffer is the line in the Baltics, Belarus, and Ukraine,” Friedman says. “Russia reads what happened in Kiev as the following: The legitimately elected president of Ukraine — no one doubts that Yanukovych won the election — refused to sign a treaty with the Europeans, which was his right. He came home to demonstrations.”

“Now, the Americans have another story, which was that Yanukovych was corrupt and so on and he had to be disposed of,” Friedman says. “But from the Russian point of view, they’re wondering why the Americans did this. Why are the Americans so interested in Kiev?”

“The answer they come up with is the Americans are extending their power far to the east — nearly to Stalingrad — about 300 miles from Moscow. Why? Because they want the Russian Federation to fragment.”

Friedman says that while this narrative has both elements of truth and fable, it is the Russian view point. And the actions being taken by the United States isn’t doing anything to calm Russian fears: The US has sent top military officials to Kiev and is repositioning tanks and artillery in the Baltics, Poland and Romania. It may also send weapons to arm Ukrainian fighters.

“This is freaking the Russians out,” Friedman says. “They look at this as the United States making a strategic decision to undermine Russia by prepositioning forces. They’ve moved into the Ukraine, and the Russians have failed miserably — they’ve completely miscalculated everything that was happening Kiev.”

Combined with the economic crisis of "epic proportions," Friedman says “the Russians are now desperate. When Russia gets desperate, that’s when it becomes the most dangerous.”

On the other hand, Friedman says the Americans fear a strong Russian comeback. And he argues both fears are legitimate.

“For the Americans it’s a fear, not a hysteria,” he says. “For the Russians, it’s everything. The question is what does Putin do? Not because he’s Putin — any Russian leader would have to respond to the Ukraine. ”

Friedman says that the Russians have nothing but bad choices. It’s just a matter of time before they make one.

“My fear is not that they’re going to go to turn towards nuclear war, my fear is that so much pressure will be put on Russia that it actually fragments — that it’ll go the way of the Soviet Union and that Moscow can no longer control the provinces,” he says. “Then what happens to the nukes out in the provinces?”