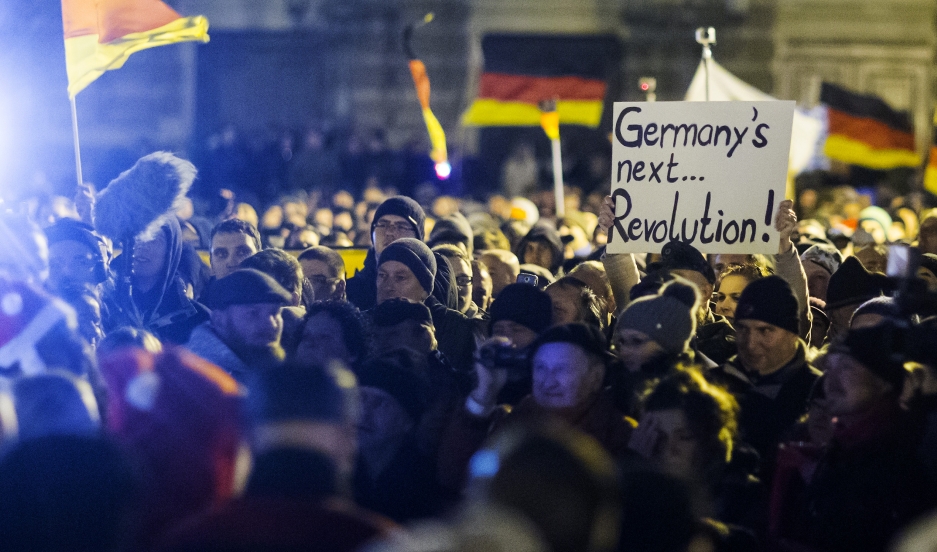 A woman holds a sign during a demonstration organised by anti-immigration group PEGIDA, a German abbreviation for "Patriotic Europeans against the Islamisation of the West", in Dresden December 22, 2014.

“Help me with my papers! Please.”

I vividly remember the young Moroccan who said that to me on the streets of Greece a couple of years ago. He was one of several dozen men from various African countries living rough in Athens. All of them were in the country illegally.

I was in Greece at the time to report on the ongoing financial crisis, and went out with a Greek volunteer organization that was trying to do what it could to help feed and clothe the needy. Mostly, that meant Greeks, not illegal immigrants. But the director of the organization was adamant that they try to help anyone who needed it.

A lot of other Greeks I met didn’t see it that way.

“The Greek government can’t even feed us,” one interviewee told me. “Why should we bother feeding illegals?”

That reporting trip made me realize that the underlying tensions in Europe between immigrant communities, many of them Muslim, and the native population were being made worse — much worse, actually — by the financial turmoil.

New immigrants, legal or otherwise, to Europe were finding it harder than ever to find jobs. Second generation immigrants couldn’t make a living either. And that economic frustration, coupled with a general sense of disaffection among young European Muslims in the wake of the Iraq War and its aftermath, was starting to show.

On the flip side, white working class Europeans were feeling the economic crunch as well, and they were looking for a scapegoat. Many of them found that scapegoat in undocumented immigrants, in that young man asking me to help with his papers on the streets of Athens.

From Britain’s UKIP, to Italy’s Northern League, to France’s National Front, European right-wing parties are tapping into that anti-immigrant sentiment in a big way. Earlier this week, more than 15,000 joined an anti-immigrant march in Dresden, Germany, organized by a group called PEDIGA, a German acronym for Patriotic Europeans Against the Islamisation of the West.

“Integration” and “social cohesion” were things I would hear a lot when doing interviews in Europe between 2010 and 2012. Each country seemed to have its own way of trying to strike a balance between the demands of citizenship, and the desire to allow people to worship and live their lives on their own terms.

Often, that balance looked like Brussels, where I lived during that time. There were parts of town that were almost 100 percent Muslim. And I was told more than once that those were areas where native Belgians just didn’t go. It was a de facto kind of segregation.

“But are those Muslims integrated into Belgian society in any way?” I’d ask.

“Yes, we’re doing a great job,” some of the more left-leaning politicians would tell me.

“They are not integrated, and we don’t want them to be integrated,” the right-wingers would tell me.

“We don’t feel very integrated,” a lot Muslims in Brussels would tell me. “And we’re not sure we want to be all that Belgian.”

It's a conversation I had time and time again, in almost every European city I visited. Which means that many in Europe will be looking at Paris, and wondering if their city might be next.