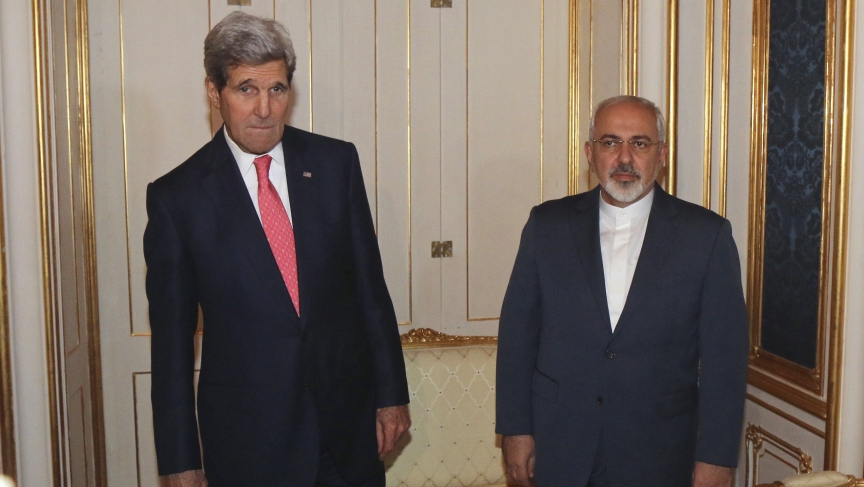 Monday's deadline for nuclear talks between Iran and the West nearly passed without a deal, so the two sides did the next best thing: moved back the deadline.

"There was definitely something of a letdown earlier today when word emerged that they were going to go for an extension," says Laura Rozen, a journalist with Al Monitor who's covering the talks in Vienna. Those negotiations will now extend until March.

"I think they decided instead of going fast and just going for what they could get in these days, they decided, 'Let's really get a deal we're confident can last 10, 20 years,'" she says. The goal is to avoid a situation like "the agreement with North Korea that broke down and North Korea eventually did produce nuclear weapons."

The West is hoping to strike a deal that will stop Iran's ability to develop a nuclear weapons program, offering to ease economic sanctions against Iran in exchange.

Talks on the nuclear accord are slated to resume next month, and Rozen says Secretary of State John Kerry appeared hopeful when he addressed reporters in Vienna on Monday.

"[Kerry] said they had made progress on some of the most intractable issues that had been stalling the negotiations this past year," Rozen says. "He seemed to be reaching out, I thought, to the Iranian audience — many of whom are, as you can imagine, quite disappointed that the deal wasn't finished today."

Thomas Erdbrink, Tehran bureau chief for the New York Times, says the talks have been an "emotional roller coaster for normal, ordinary Iranians."

"Many in Iran feel like they want to get off that ride," he adds. "They want to know where the country is heading. ... They have been postponing a lot of decisions, and now they are left with another seven months."

Erdbrink says many Iranians voted for President Hassan Rouhani, seen as a moderate in the Iranian political world, hoping he could bring increased social and personal freedoms to Iranian citizens.

Those promises have not yet materialized, he says, and "now the nuclear deal is not coming to a close," leading to widespread frustration. "They feel they are stuck between a rock and a hard place."

The key sticking points in the talks continue to be Iran's uranium enrichment capacity and how quickly sanctions will be lifted from its beleaguered economy. "Kerry said we want to lift sanctions and we've agreed that we will lift sanctions in this deal," Rozen says. "But the argument is the pace of the sanctions relief."

Despite Kerry's apparent optimism, negotiators are "sobered up" by the prospect of a Republican-led Congress that is "less friendly" to a deal with Iran, according to Rozen. Yet the participants seem determined to forge ahead.

Even without a deal, the talks themselves appear to have lowered tensions between Tehran and Washington. Bilateral discussions between American and Iranian officials used be a rarity. Now they're commonplace, and Rozen says seven more months of talks might go even further in normalizing relations.