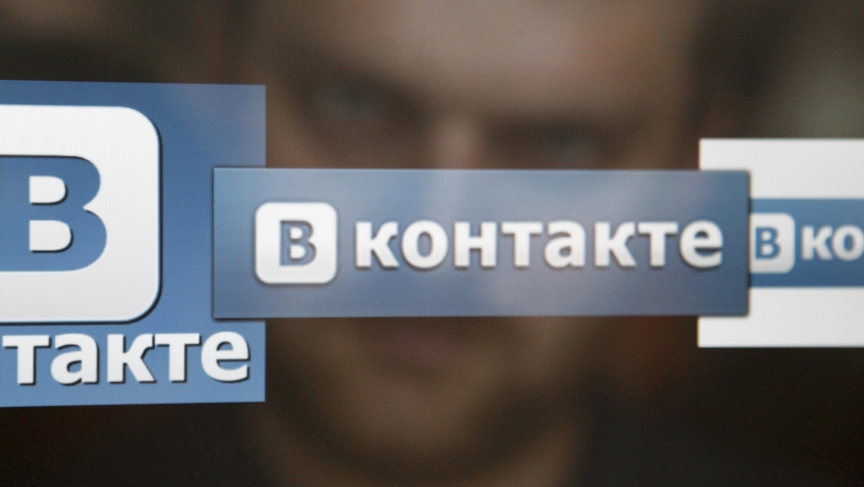 A man looks at a computer screen showing logos of Russian social network VKontakte in an office in Moscow.
Credit:

The Internet army of ISIS, after being chased from social networks like Facebook and Twitter, is now recruiting and fundraising on the Russian social network VKontakte, a Russian media investigation claims.

In an extensive feature story, Russian Internet and technology news website Apparat revealed what they say is proof of a massive move by ISIS into the “free” and “comfortable” Russian social network space.

According to the report, there is a large undercover ISIS network on VKontakte, with accounts and pages in both Arabic and Russian. The network engages in recruiting efforts, as well as propaganda and fundraising for ISIS. Apparat says the first pages sprang up on VKontakte about a month ago, after Twitter and Facebook began blocking ISIS-led accounts.

In Russia, ISIS — which calls itself the Islamic State — and its leader, Abu Bakr al-Baghdadi, are on an official list of extremist and terrorist organizations and individuals. According to Russian anti-terrorism laws, any pages of these entities online are subject to immediate blocking or removal.

It appears that the release of Apparat's investigation has had some effect. On Friday, VKontakte spokesman George Lobushkin told news site Mashable that the site is "shutting down all communities and personal accounts that promote ISIS and have been found by our moderators or reported by users." That totaled 62 pages as of Friday morning, he said.

The discovery of a massive ISIS network on VKontakte (VK) seems strange given growing restrictions on Russian Internet freedom — and the relatively innocuous content that has activated state censors in the past.

Just a month ago, for instance, the prosecutor's office in Russia blocked the VK page of the “March for Federalization of Siberia” on accusations of separatism. And in April, Russian communications watchdog Roscomnadzor blocked a number of pages linked to the Ukrainian “Right Sector” movement, claiming that the group is extremist.

Among the first ISIS pages to appear on VK were those of the propaganda arms of ISIS — the Arabic-language Al-Itisam and English-language Al-Hayat groups. ISIS also created several clones of the communities under the name “Islamic State News,” Apparat's investigation shows.

Apparat also found many public pages for "provinces" of the group's self-proclaimed caliphate, as well as accounts belonging to ISIS fighters and supporters. ISIS “fan groups” are nothing new to VKontakte: The largest Russian-language ISIS community, ShamToday, has been around since the fall of last year and had over 12,000 subscribers. It now appears to be deleted.

In the course of its investigation, Apparat says it was able to contact ISIS fundraisers and recruiters using VKontakte messaging and phone numbers published in VK communities. Finding out how to donate to or even join ISIS was relatively easy, Apparat reporters say. The news site claims it spoke to some Russia-based recruits, who said it's possible to reach ISIS territory via Turkey.

Earlier this month, ISIS released a video addressed to Russia's Vladimir Putin claiming that fighters were heading to the North Caucasus to liberate the region and wage war on Russia. This got a reaction from Chechnya's pro-Moscow leader, Ramzan Kadyrov, who said on Instagram that anyone who threatens Russia or mentions Putin's name “will be destroyed where he stands.”

VKontakte, the world's largest Russian-language social network, is also popular in many post-Soviet states. Many ISIS recruits allegedly come from Kazakhstan and Uzbekistan, though Russians join ISIS as well, according to Apparat. Indeed, the news site lists “a graduate of an education department in Ufa, a young father from Derbent, and a Kazan university student” among the profiles it found on VKontakte.

Before publishing, Apparat says they contacted the VKontakte press service and Russia's Roskomnadzor regulator for comments. The state watchdog did not respond to the request, while VKontakte said, “Unfortunately, we will not comment on that."

Until the Russian government releases more details about its policy toward ISIS-related online content, it's hard to deny the Kremlin's double standard, which at best seems to be a case of willful ignorance.

This story by Tetyana Lokot was originally published by our partner Global Voices Online, a community of bloggers from around the world.