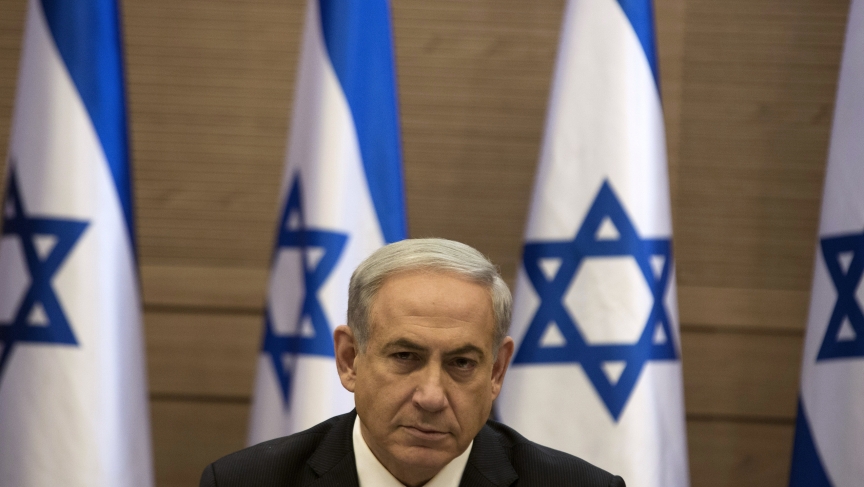 Israel's Prime Minister Benjamin Netanyahu heads a cabinet meeting in Jerusalem, Thursday. So far, his government has enjoyed the support of the Israeli people in the conflict with Hamas.
Credit:

Despite the mounting civilian death toll in Gaza, opinion polls in Israel show overwhelming support for the government and the Israeli Defense Forces.

But there is dissent. Mikhael Manekin is one critic. He’s a former combat soldier and he’s still a captain in the reserves. He's also the managing director of a progressive thinktank in Jerusalem called Molad - The Center for Renewal of Israeli Democracy.

Manekin says the current high level of support for the operation is "natural."

“Rockets are being fired, and soldiers are sadly being killed and wounded,” Manekin says. “I think there’s a feeling that everybody needs to be united.”

He says that’s while he himself has not taken to the streets in protest, he has in the past.

The operation is also very new. Manekin says dissent could grow as the operation continues.

“More importantly,” he continues, “I don’t know where this is going. If the solution that our prime minister is offering Israelis is that every two or three years we’re going to have another bloody round, that’s something that will get me very, very nervous as an Israeli and as a father to children here in this country.”

Manekin says he in no way is trying to justify Hamas, whose conduct he says is "dreadful." But he says the conflict could have been managed without violence.