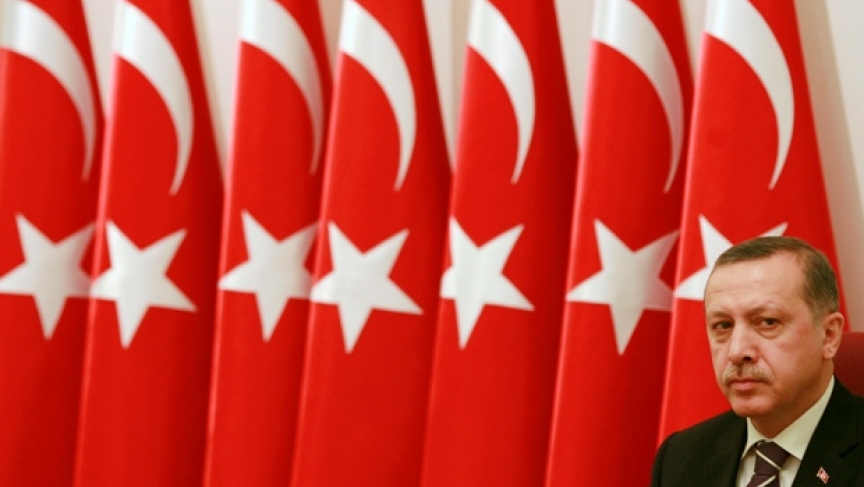 Turkish Prime Minister Recep Tayyip Erdogan has lately blamed "foreign agents" for just about all of Turkey's ills — from economic problems to a corruption scandal plaguing his own government. His pronouncements have both transfixed and baffled Turks, with some wondering whether perhaps he's gone off the rails.

Recently, at a rally to mark the one-year anniversary of the Gezi Park protests, police arrested and detained CNN’s Istanbul correspondent, Ivan Watson, on live TV.

“Excuse me! Excuse me! Are you journalist?” they yelled. Watson tried to keep broadcasting while cooperating with the police, but eventually he had to end his spot. “We’re being detained right now,” he said, simply.

Anyone watching the channel saw the whole thing.

To people watching from the outside, it sounds crazy. It does to author Mustafa Akyol, too. “It sounds crazy to me to say that a CNN reporter, reporting what is happening in the middle of Istanbul is a spy or has evil intentions.”

But Akyol recognizes that just because he thinks it is crazy, it doesn't mean most Turks do.

“Erdogan is doing this because it’s useful rhetoric, because it is [taught] in the educational system that there are enemies out there who are conspiring against Turkey all the time,” Akyol explains. “So when you have this narrative, it appeals to broad masses in society.”

He says blaming outsiders for trouble in Turkey is not unique to Erdogan supporters. In large part, it is a politician’s fallback maneuver; because it works. Just ask Istanbul resident Nezireh Aladag.

“Of course foreign powers and foreigners interfere with Turkey,” Aladag says. “Sometimes they do good things — like invest and help the economy. But when they do bad things — like cause unrest — I don’t want them around.” Aladag says Erdogan must make a stand.

That stand is good politics, says Howard Eissenstat, a Turkey expert and professor at St. Lawrence University. In August, Turks will be voting directly for president for the first time ever.

“The truth is that he’s looking forward to an election that will more or less seal his capacity to define Turkey, at least for the next decade,” Eissenstat says. “So he is pulling out all the stops.”

The question is, do Erdogan and his top advisors really believe this stuff?

“I asked this question to a friend of mine who is in a high level of government,” Akyol admits. Akyol’s friend responded, “Well I really don’t believe in this it, but it sells. It makes sense to a lot of voters.”

Erdogan’s fortunes as presidential candidate may also be boosted by a successfully negotiated hostage release. And there’s even a chance that Turkey could play some part in stabilizing northern Iraq. Turkey does a lot of business in the region.

But Erdogan's politics remain confusing for some. A trial is ongoing for 26 Gezi Park demonstrators. Five of them are accused of "founding a criminal organization," a law usually used to fight organized crime or terrorism, not peaceful protest movements.

As for CNN’s Ivan Watson, he's doing fine and moving on to his new gig in Hong Kong, a plan in the works well before Erdogan accused him of being a spy.