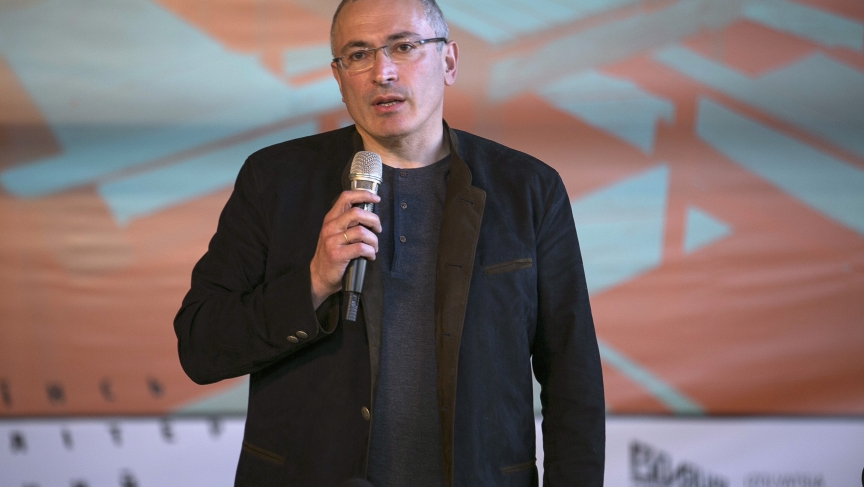 Remember what Russia was like before the Ukraine crisis blew up? Even before the Winter Olympics in Sochi?

Back then — just a few months ago — Russian President Vladimir Putin was busy showing the world his lenient side. He even let his main political opponent, the former oil tycoon Mikhail Khodorkovsky, out of prison.

Khodorkovsky spent 10 years in jail after being convicted on fraud and tax evasion charges. But most observers would tell you he was being punished for something else: speaking out against Putin.

After his release, Khodorkovsky left Russia.

But he's speaking out again. Talking to the BBC about Russia's actions in Crimea and eastern Ukraine, he said there are two types of forces at work within Russia right now.

"Some people, in my opinion, these are normal people, understand that we live in a global world," Khodorkovsky said. "And that Russia won't survive alone outside this global world. The others think that Russia will live better separated from the West with an iron wall."

Cold War echoes there, for sure. And Khodorkovsky said what happens in Ukraine could have a great impact on what amounts to an ideological struggle within Russia.

If Ukraine's pro-democracy drive succeeds, "the probability of democratization in Russia will increase as well," he said.

But he says the flip side is true as well.

"If the situation in Ukraine after the democratic revolution gets worse, it will be a really potent argument for strengthening authoritarian rule in Russia," he said.

That may sound like a good thing for President Putin. But Khodorkovsky warned that Putin also has a lot at stake — now that he's stirred up Russian nationalism.

"The genie that he let out of the bottle does not want to go back," he said.

Provocative words from a man who spent the last decade in a Russian jail.