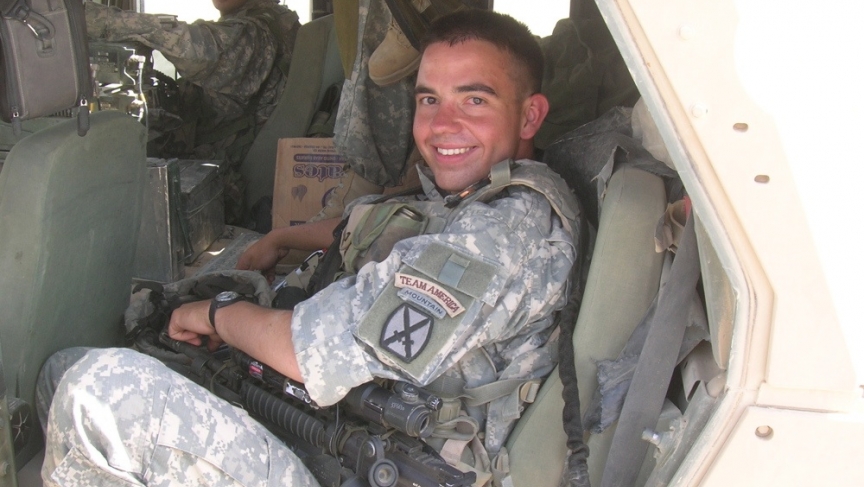 Honestly, he's busy trying to avoid thinking about it at all.

Farwell's a former sergeant in the US Army. He served 16 months in Afghanistan's eastern Paktika province in 2006 and 2007. And he thinks that no matter who gets elected, it's not going to make much of a difference for the people of Afghanistan.

It's a wry joke. President Hamid Karzai can't run. But it's also commentary on the election. He doesn't think the national election can do much more than change the "mayor" of Kabul.

During his time in the country he saw a road get built. But he also saw the nation become more violent. And he was on the front lines of that violence. He went to war as a private in the 2nd battalion of the 87th infantry regiment.

"My job was to go out there and get shot at and then shoot at the people who were shooting at me," he says. "So I don't know necessarily how much that made a country better.”

His goal was pretty simple: Keep himself and his buddies alive. And he says the mission would be the same no matter what country he was serving in, be it Iraq or North Korea — or in Mexico or Costa Rica.

But that doesn't he mean he dislikes Afghanistan, as a country.

“It’s actually a place I’m fond of,” he says. “It’s a place that holds a lot of beauty in my mind. But also a lot of ugliness and terror and violence that I’m still trying to reconcile.”

“Somehow, they were making it work,” he says.

These days Farwell has another goal: make it through the year without going to jail or a mental hospital. It’s something that hasn’t happened since 2008. About a month ago, one of his friends from his old unit overdosed on pills and died. But he’s cautiously optimistic.

“We’re hoping this is the year,” he adds.

You can understand, then, why he doesn't care about what happens in Kabul.