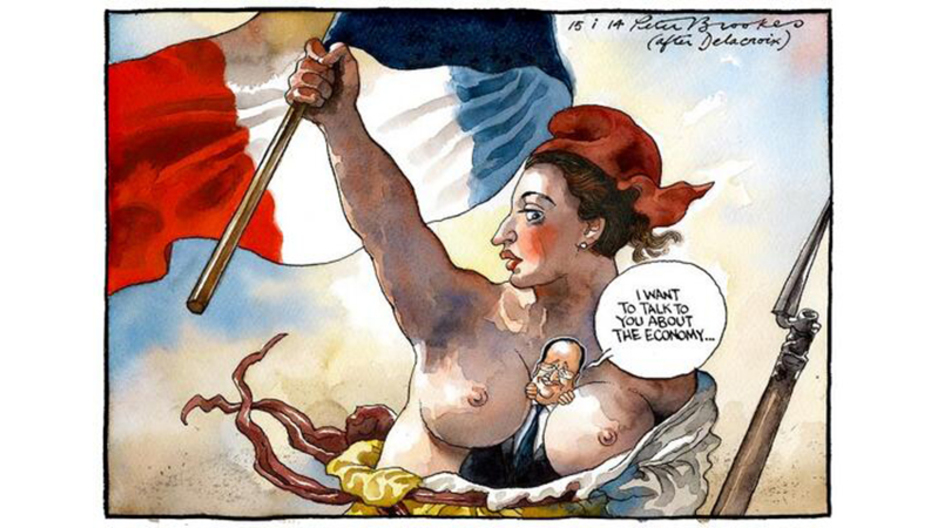 French President François Hollande would like nothing more than to have something to talk about that isn't his affair. Though it's unlikely he'd prefer the sort of diplomatic row that continues to capture headlines in India.

Two employees of the US embassy in Delhi have been accused of racism after their Facebook conversations were printed in Indian newspapers. Security Liasion Officer Wayne May and his wife Alicia Muller, who is also a senior diplomat, were expelled from New Delhi following the recent arrest of Devyani Khobragade, an Indian diplomat accused of visa fraud in the US.

The messages included complaints about local standards of sanitation and jokes about cows, considered to be sacred animals in India. The Times of India reports on the details of their conversations.

The only black minister in Italy’s government is calling on her fellow politicians to speak out against racism — after being subjected to constant verbal abuse. Congolese born Cecile Kyenge is responsible for efforts to integrate immigrant communities into Italian society. The right-wing Northern League Party has attacked her since she was appointed to the position in March 2013. The group's newspaper recently started publishing her daily schedule, presumably so hecklers could greet her at her every stop. Kyenge says allowing this racism to persist is a threat to democracy, the BBC reports.

A tiny flower has been taken

Police in Britain are investigating after an extremely rare flower was stolen from London’s Kew Gardens. The tiny water lily is just the size of a fingertip and used to grow in Rwanda — but is no longer found in the wild and is facing extinction. PRI's The World reports on the implications for this theft, and just what the thief may be able to get for his effort. Here's a clue: just because it's small, doesn't mean it's cheap.

Keepers at a zoo in the south of England have put their monkeys on a diet — and banned them from eating bananas. Nutritionists at Paighton Zoo in Devon say that bananas grown for humans to eat are high in sugar — too high for monkeys. So, now It’s time for the monkeys to get healthy, The Guardian reports. Since the monkeys started their new diet, zookeepers have reported changes in monkey health and behavior. Among the changes: their coats are healthier.

A Nobel Prize winning scientist has taken on an Australian climate skeptic by offering a $10,000 bet that the Earth will warm significantly in the next 20 years. Professor Brian Schmidt won the Nobel Prize for Physics in 2011. He made his offer after reading businessman Maurice Newman's criticisms of climate science, The Australian reports. Schmidt concedes that not all climate science has been perfect, but says there is still undeniable proof the planet is warming.

The heat continues in Australia and it's gotten to the point where it's being described as simply "inhumane." As the Australian Open tennis tournament gets underway, competitors have literally been dropping from the heat. It's so hot, according to a report from Sports Illustrated, one competitor set her water bottle down on the court and, when she returned to it, discovered the plastic had started to melt.