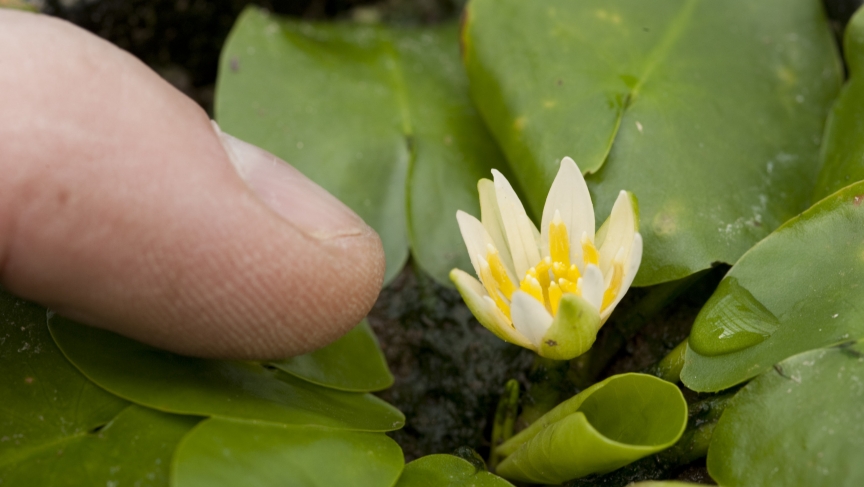 Nymphaea thermarum, the smallest water lily in the world.

A tiny water lily only the size of your fingertip is missing. British police are investigating.

The extremely rare plant was allegedly stolen last week from the Royal Botanic Gardens at Kew in West London. The Nymphaea Thermarum is no ordinary flower.

It used to grow in Rwanda, and there are only a few plants left. There are few other details because the managers of Kew Gardens say they're still in the midst of an investigation and don't want to compromise it.

The plant, which is now extinct in the wild, would have had to have been dug or pulled up from a shallow water lily pond, London police said.

Discovered in 1987 by German botanist Eberhard Fischer in one location in Mashyuza, in southwest Rwanda, it grew around freshwater hot springs and needs warm, damp mud.

But the thermal water lily disappeared from the site in Africa about two years ago "due to over-exploitation of the hot spring that fed this fragile habitat", the Kew Gardens' website said.

Kew is one of the few places where the water lilies are cultivated.

Susan Orlean is the author of "The Orchid Thief." For her, the range of possible suspects goes from people with a manic passion for really rare things, to cynical thieves who understand the economic value of such a rare plant.

“The remarkable thing is, unlike stealing a painting, which gives you one painting, with a rare flower, you have the potential to make lots of flowers, and lots of money,” says Orlean.

And theft from Kew Gardens is especially daring: “It’s a very public space, we’re talking about somebody who’s willing to lean over with a little trowel, dig it up and hide it in a pocket.”