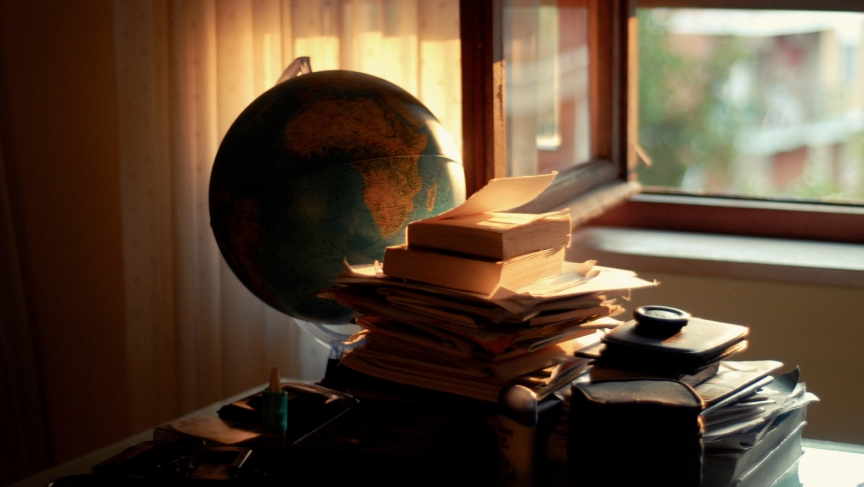 It was a great year for books. Though, we say that every year.

We read a lot of books here at The World. Fiction, non-fiction, graphic novels, anything we can get our hands on. And, since it's that time of the year, we wanted to offer some of our favorites global titles.

I loved this book. So visual and moving. It's told through the voice of Darling, who we meet as a young girl living in a shack settlement called Paradise in Zimbabwe. It's a brutal place to live, and Darling is eventually sent to be with relatives in Detroit. A whole new set of challenges sets in there, of course. The novel also feels original. Often, when we hear about people leaving their country and restarting life in the United States, it's through a mature, adult perspective. Here, we move through immigrant life with Darling, a kid, a young woman, and we feel all the messiness that comes with being in a new country. — Monica Campbell

"A Constellation of Vital Phenomena" by Anthony Marra

Don't be scared off by the idea of curling up with a violent Chechen conflict. The themes here are universal and you care deeply about the characters. We meet Akhmed, a kind but incompetent doctor, who can't decide whether to intervene when the Feds abduct his neighbor - the father of 8-year-old girl Havaa. There's an intensely driven Russian surgeon - Sonja who stitches up chest wounds with dental floss, and an informer haunted by his father's disappointment in his only son. All as the snow just keep on falling.  As Marra told our program, "It's a very morally complicated place."  Oh, and The World was on this one way before it was Obama's top pick. — Joyce Hackel

"Brazil on the Rise" by Larry Rohter

This book really provides a comprehensive overview of the economic and social challenges, as well as the successes, of modern Brazil. — Jason Margolis

"Scarcity: Why Having Too Little Means So Much" by Sendhil Mullainathan and Eldar Shafir

The book examines how scarcity—and our flawed responses to it—shapes our lives, our society, and our culture.  It brings seemingly unconnected questions all together and examines them in the context of not having enough, time, money, bandwidth, etc. - Alan West

"The Rook" by Daniel O'Malley

It’s time to set aside your massive tomes about foreign policy, your elegiac musings on weighty global issues. It’s time for some kick-butt sci-fi. One of my favorite books from the past year is Australian author Daniel O’Malley’s debut novel, "The Rook." It follows the story of a young woman who wakes to find that her memory has been wiped. Little does she know of her central role in a top-secret organization that protects Great Britain from supernatural threats. The fact that some fairly hapless Belgians play the baddies makes this book especially sweet. — Clark Boyd

"The Dangerous Summer" by Ernest Hemingway

"Lean In" by Sheryl Sandberg

Even without the national conversation it inspired, the book in itself is a great combination of informative studies about women in the workplace and personal anecdotes about Sandberg's struggles with balancing expectations both from society and from herself. The book made me think a lot about my own preoccupations and renewed my focus at work. — Tory Starr 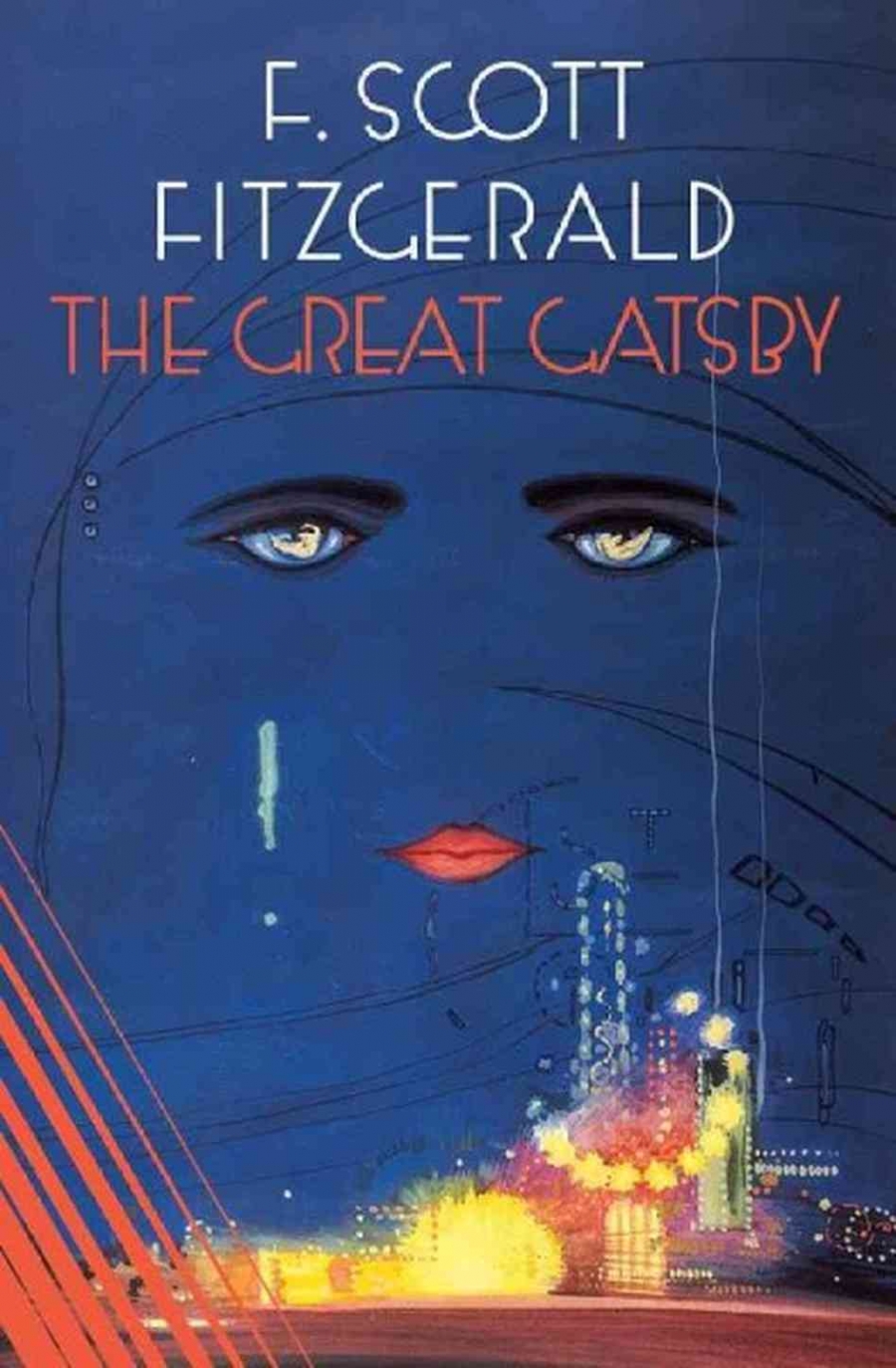 This is the book I hated in high school, the one that I just didn't get. I finally re-read it and really enjoyed it. It turns out it doesn't make sense to read this book when you're 15. — Jennifer Goren

It's not a new book. And, in the interest of full disclosure, it's also co-edited by one of my colleagues at PRI, Angilee Shah. But I'm going to recommend "Chinese Characters: Profiles of Fast-Changing Lives in a Fast-Changing Land" without reservation. I pored through most of this book on the plane to Beijing in November. It's an absolutely brilliant collection of profile stories by some of the best writers on China you can find anywhere. If you're interested in how people live in China today, this is a fantastic read. — Matthew Bell

It’s a crash course in contemporary warfare, showing how small units of highly trained fighters are being used to project American power in places such as Yemen and Somalia. Scahill went to those countries, and others, to chronicle secretive US military operations that, in his view, are becoming counterproductive, and encouraging rather than supressing insurgencies. Scahill is highly opinionated. And persuasive. He supports his views with solid reporting. Worth reading every one of the book’s 680 pages. — Stephen Snyder

My absolute favorite book of 2013 was "Where'd You Go, Bernadette?" by Maria Semple. Written by a former TV comedy writer, this novel is smart, laugh-out-loud funny, and the kicker: it mentions The World, albeit in a teasing, sarcastic way. — Louie Cronin

"Love in the Time of Cholera" by Gabriel García Márquez

I’ve read many of his short stories, but not one of his novels. Finally, this summer I pulled the hardcover off the shelf and after the first paragraph I was drawn in. I’m so glad to be re-introduced to his writing. — April Peavey

"Claire of the Sea Light" by Edwidge Danticat

For a country that is so close to America and so tied to it historically, I have long found it hard to penetrate Haitian society through policy books. And there are a lot of them. With writing that feels both modern and like an ancient parable at once, Danticat’s book drew me in to the country in a way I never have. — Marco Werman

"Drinking with Men" by Rosie Schaap

I read this charming memoir in a single sitting on a trans-Atlantic flight. Schaap has been an independent spirit since she was a teenager. As she set out to make her own way in the world she found that drinking and bars would play a big role. But this isn't a moralizing tale. Bars are where Schaap found friendship, companionship, support, and even love as she forged her unique identity. Great company in the back of coach. — Jonathan Dyer

"Too Big to Know: Rethinking Knowledge Now That the Facts Aren't the Facts, Experts Are Everywhere, and the Smartest Person in the Room Is the Room"  by David Weinberger

Just what is the very concept of Knowledge (with a capital K) in our networked world? This dense and thought provoking book by David Weinberger argues that we are living in a time after the painstakingly learned "classical facts," past the age of punchcard stacked "databased facts," and are in the "Age of the Net." It's a fascinating world of networked facts. We'll still have experts doing their expert thing, but now they are hyperlinked together and groups can "develop ideas further than any individual could. This moves knowledge from individual heads to the networking of the group," Weinberger writes. You can get lost in all the craziness where people can publish whatever they want. But I take solice that our new networked world offers hope for the world's major problems. - Steven Davy

"Under the Wire" by Paul Conroy

Paul Conroy, a photographer for the Sunday Times of London accompanied Mary Colvin, also a correspondent for the paper, to Syria. It was the last trip they would take together. She died in an attack by the Syrian government forces on the media center where they were staying in. Paul tells the riveting story of their trip together, how they dodged bullets to get into Syria and then move from city to city. The war in Syria is one of the most important foreign stories today and this book helps us understand the challenges of reporting it. It takes a brave soul to bring those stories out to the world and Mary Colvin was surely one of them. - Shirin Jaafari

Okay, I had to read this book so I could interview the author. But I must admit that I don’t always love the books I’m asked to read. This is a great story about a few weeks in the life of American author Jack Kerouac, told from the perspective of “The Mexican girl.” She’s a character who occupies about 20 pages in Kerouac’s famed “On the Road.” Hernandez spent years tracking down “Terry” from the novel, the real life Bea Franco, and hours interviewing her. He weaves together the facts of Bea’s life along with letters found in a Kerouac archive, and the story from “On the Road.” It’s wonderfully written and a lovely conceit. It will also send you back to the source material, which if you haven’t read you should. And if you have read, you should read again (at least those 20 pages). - Aaron Schachter

"Love in a Fallen City" by Eileen Chang

"Love in a Fallen City" is a page-turning collection of stories from the 1940s from a writer who grew up in Shanghai and died in Los Angeles. The metaphors are vibrant and-- to me, a westerner-- memorably singular ("a water-snake waist"; "chicken-fat yellow [window] frames"; "I may be pointing at the mulberry but I'm cursing the locust tree.") The colonial and post-colonial settings of Hong Kong and Shanghai took me to the flip-side of a world that I'd previously read about only from a British perspective. It's a real eye-opener to learn what the Chinese said of their onetime colonial masters behind their backs.  — Patrick Cox

I finally managed to read “Absurdistan” by Gary Shteyngart which came out a few years ago – okay, make that seven years. It’s a hilarious political satire at the center of which we find the 325-pound son of the 1,238th-richest man in Russia who wants nothing more than living in New York City but ends up in the somewhat fictitious  Absurdistan, the ‘Norway of the Caspian’, in the middle of a civil war. Really, the kind of place, we scrutinize at The World all the time.  I actually read Shteyngart’s  more recent “Super Sad True Love Story” first and immediately became a big fan. – Michael Rass