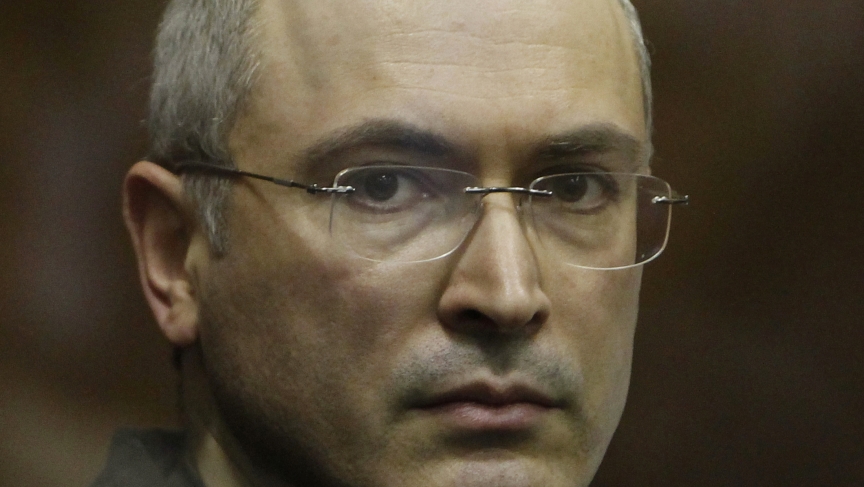 As President Vladimir Putin goes, so goes Russia. And a lot of people are watching Putin for clues — from President Barack Obama to the protesters in Ukraine.

Thursday, the Russian leader gave his annual State of the Nation address. He warned against anyone attempting to gain "military superiority over Russia."

"We shall never allow this to happen," he said.

In reference to the protests in Ukraine, he proclaimed that Russia isn't out to bully anyone — not even a former Soviet republic.

"We have always been proud of our country, but we do not aspire to be called some kind of a superpower, which is understood as an ambition for global and regional hegemony," he said. "We do not encroach on anybody's interests, we do not impose our patronage, we do not teach anybody how to live."

There are some in Russia who would strongly disagree with Putin's suggestion that he doesn't impose his will on anybody. The members of the punk collective Pussy Riot would be one example. Two of them are in jail, convicted of "hooliganism" after staging an anti-Kremlin protest inside a Moscow cathedral. Or there's Mikhail Khodorkovsky, the former oil tycoon and Putin critic, who is in prison after being convicted of fraud and tax evasion. He and several human rights groups have claimed his prosecution was politically motivated, though the European Court of Human Rights rejected that claim.

Putin has proposed an amnesty that could free the Pussy Riot members. But there has been no mention of Khodorkovsky and amnesty. Many view the businessman as a political prisoner. In fact, after he'd been convicted and sentenced once, he was retried and convicted again, this time of embezzlement and money laundering. He has been sentenced to remain in prison until 2017.

Masha Gessen, a Russian-American journalist based in Moscow, wrote about the Khodorkovsky case for Vanity Fair. She thinks Khodorkovsky will remain in prison as long as Putin remains in power. She says he has become a symbol for many Russians.

"He represents integrity," she says. "People think he is very brave to have stayed in Russia when he knew he would be arrested."

Though the courts convicted him of criminal acts, Gessen says what he really did was refuse to play by Putin's rules. She says Khodorkovsy was critical of the endemic corruption in Putin's Russia and how it costs the country. He even confronted Putin on television about the matter.

"You just don't believe you can be stripped of all that and put behind bars," she says.

While Putin may bend on Pussy Riot, she doubts he will bend on Khodorkovsky. So what's it like inside Putin's head?

Gessen, who was born in Russia but has dual US-Russian citizenship after living in the US for a decade in the 1980s, is one of the few journalists who have been summoned by Putin. Unfortunately, she says, the personal meeting didn't provide any insight. She says he was "two-dimensional, unemotional, not particularly smart, and, increasingly, he's not well informed."

"He's been ruining my country for the last 14 years," she says. "I think that's a remarkable achievement for a mediocre man."