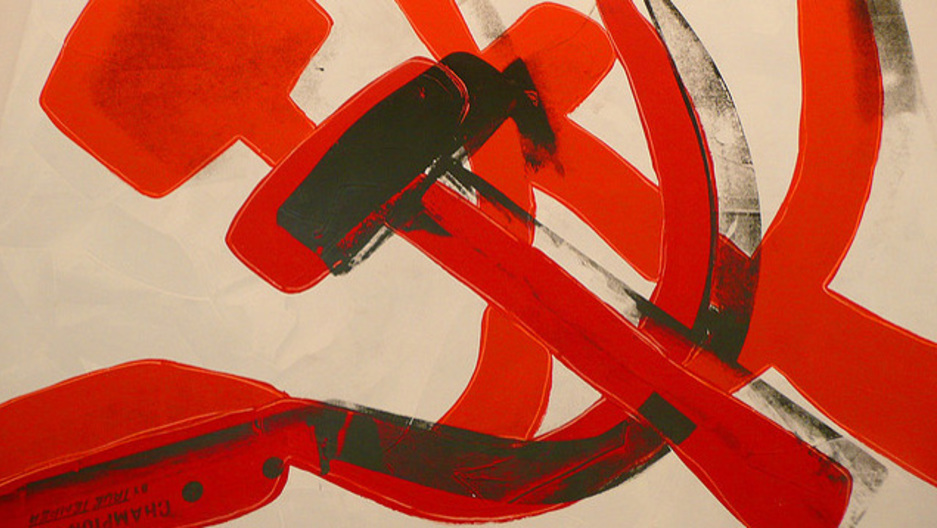 And the last five communist countries in the world are:

While China, North Korea, Vietnam, Laos, and Cuba officially claim to be communist states, the country that adheres most strictly to communist principles, according to Oxford University scholar Robert Service, is North Korea. He should know, he wrote the book on it — Comrades! A History of World Communism.

Today, he says, Karl Marx would hardly recognize his manifesto.

"In it's original form, it's long been dead," said Service.

Communism was meant to spread around the world. But, says Service, "when the Chinese go to Africa, they aren't taking communism. They are taking the market economy in one of its wildest forms. We are not talking about the expansionist communism of the 1920s, 1930s, 1940s any longer, anywhere in the world."

President Obama's handshake today with Cuba's communist leader, Raul Castro, made headlines around the world. The handshake, which took place at Nelson Mandela's memorial service, caught Service by surprise because of the decades of strained relations between the US and Cuba.

However, he said a memorial service for a man who sought truth and reconciliation is a fitting place for this historic handshake.

"History is a sort of tangled web of contradictions. Who would've thought, 30 years ago, that we'd only be talking about five states that have any official adherence to communism — it's all happened so very, very quickly," said Service.