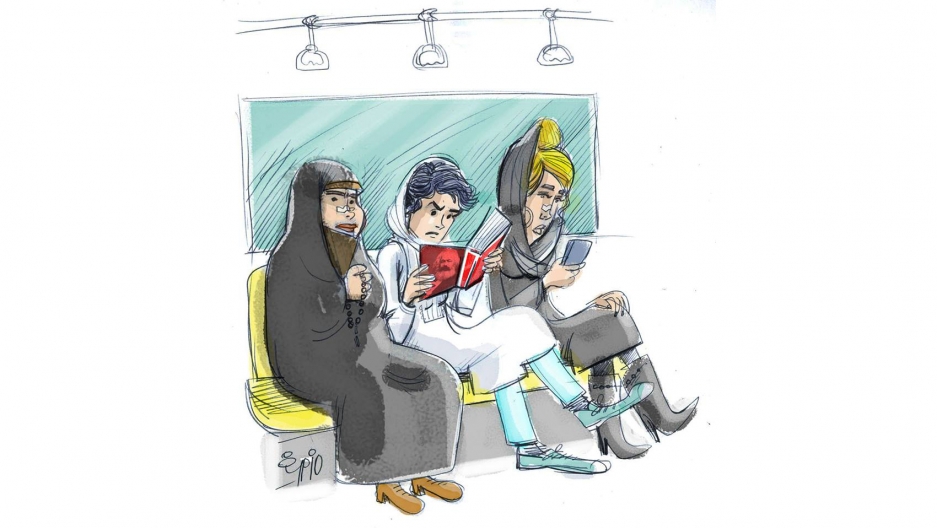 We step away from the nuke deal with Iran for a different slice of life in Tehran. This cartoon was drawn by Firoozeh Mozaffari, a (female) cartoonist in Iran. It's a comment on the many types of women you see on Tehran's subways. An Iranian colleague confirmed that it's a very accurate portrayal.

China plans to land on the moon next month. It won't be sending any astronauts, though, just the Jade Rabbit.

Jade Rabbit is the crowd-sourced name of its new lunar rover. The name harkens back to a Chinese myth about how the Jade Rabbit lives with the moon goddess Chang'e on the moon and mixes a formula for immortality. But this Jade Rabbit has a limited life. The Wall Street Journal has the story of the rover's three-month mission to the moon. NASA, by the way, is concerned that the Jade Rabbit might interfere with its lunar probe, already in operation.

There's a growing movement in Scotland to support a vote for independence from the United Kingdom. But the governing party in the UK is doing all it can to extoll the problems that may crop up for an independent Scotland. For example, a new Scotland may not be in the European Union.

The Scotsman has more, including a rather revealing comment thread.

There's been a lot of reporting about who is being targetted by NSA surveillance, yet only a bit on how the NSA actually conducts its massive surveillance operations. Now even the most technologically challenged of us have a shot at understanding the NSA's techniques. The Guardian has a simple explainer video that shows, in cartoon style, what the NSA and British GCHQ do to collect our electronic communications.

Typhoon Haiyan left many victims as it devastated the city of Tacloban in the Philippines. It also cut power and destroyed equipment at one of the city's main hospitals. Photographer David Guttenfelder of the Associated Press was at the makeshift neonatal ward, relocated to a chapel. He tells PRI's The World the stories of desperate parents working round the clock to save their newborns and shares his powerful, and wrenching, photographs.

Could this be the world's worst royal portrait? 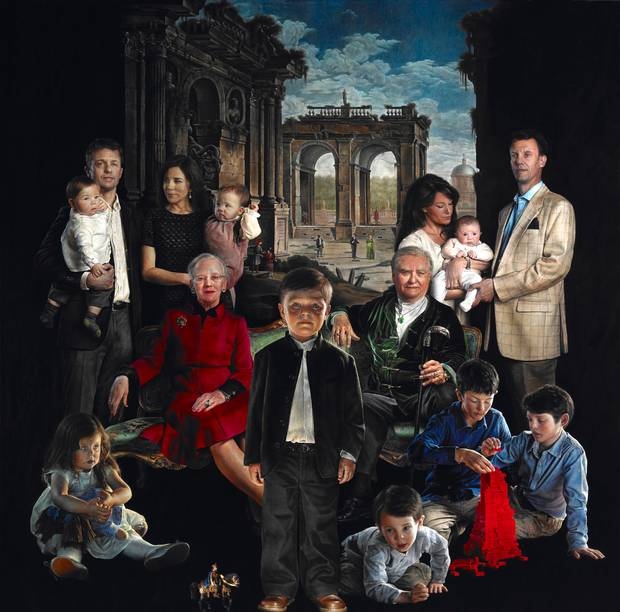 The Danish Royal Family, including Queen Margrethe II and her husband, Prince Henrik, as well as Prince Christian, at center.

Denmark's Queen Margrethe II commissioned this picture to commemorate the 150th anniversary of the House of Glucksburg's ascendency to the throne. It's been widely panned, but the artist says it was never meant to be a traditional portrait. The Independent has the details.

Tell us what you think. Leave a comment below.

Enough of the cinnamon already

It's the holiday season, which means pies and other baked treats, which means — often — cinnamon. Heaps of cinnamon. But PRI's The World's Patrick Cox has had it up to here with the seasonal spice. And he's found out that some cinnamon can even be dangerous, sort of.

Not seen that before. Polio team at traffic lights vaccinating children in cars on the spot pic.twitter.com/gVvUbqhNR7

Tropical Cyclone Lehar is churning through the Bay of Bengal toward India, dropping almost 10" of rain on some islands since Saturday. The storm is forecast to make landfall on India's eastern coast on Thursday. Winds of up to 100 mph, along with more flooding, are expected, according to AccuWeather.