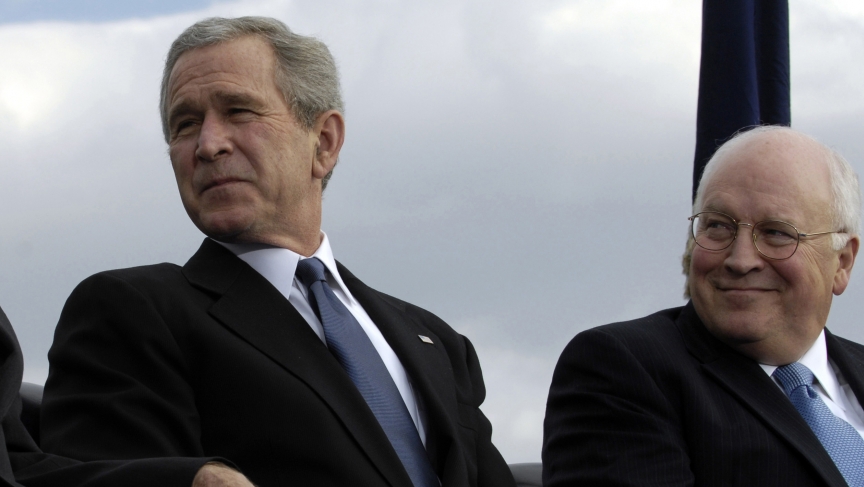 Dick Cheney lost influence as the Bush administration moved into its second term. Here are the two men at a Pentagon ceremony in December 2006.

The dynamics inside the White House always make for good drama. A new book just out looks at those dynamics during the George W. Bush presidency.

It's called "Days of Fire: Bush and Cheney in the White House," written by Peter Baker, White House correspondent for The New York Times.

Baker dismisses what he calls the "cartoonish" view that Bush just did whatever Cheney told him. In fact, he quotes one source as saying Bush was the "undisputed alpha male" in the White House: it was just that Bush agreed with Cheney on most issues through much of his first term. "Cheney was pushing on open doors," Baker says. 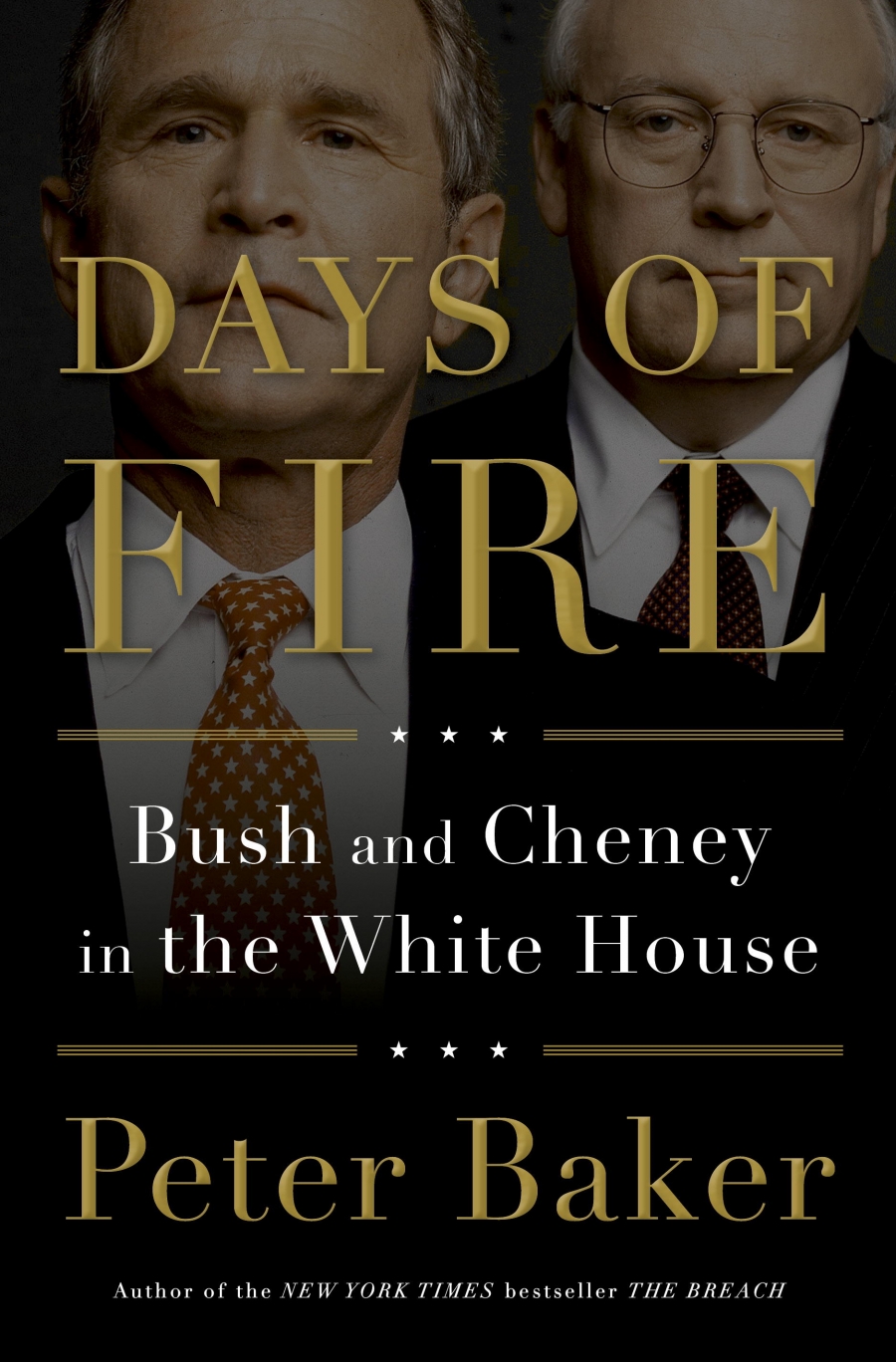 Cheney was influential, for sure. But that influence waned.

"There's a striking change between 2003, when President Bush is about to go into Iraq," Baker says, "and 2007 when he's asked if he should bomb Syria because they have a nuclear reactor. In the first instance — 2003 — he meets with all his advisers. They've got intel about where they think Saddam Hussein is. And then he kicks everybody else out, except for Dick Cheney. He just wants to talk to Cheney before he makes this big decision. [He] comes out of that meeting and says 'Go!' That's the beginning of the Iraq War.

"By 2007, he's asked by the Israelis to bomb this nuclear facility in Syria. He meets with all his advisers. This time, he asks Cheney to give his position in front of everybody else. Cheney says they should go ahead and bomb the facility; red lines matter and they should do it for credibility's sake. And the president says, 'OK, does anyone agree?' And no hands go up. So this time, rather than just relying on Cheney, he's shown that Cheney is isolated from the rest of the team and forced him to kind of confront it, as Bush decides to try diplomacy instead."

The two men disagreed on almost every substantive issue in the second administration, Baker argues. You can see the way Bush wants his legacy to be remembered when you visit the Bush library in Dallas.

"You see exhibits on Iraq, freedom, PEPFAR — his AIDS program. You see videos narrated by Condi Rice and Josh Bolton and Andy Carr," he says. "There's a portrait of the First Lady, pictures of the daughters, even a statue of the dogs. But what you don't really see in his library is Dick Cheney."

Baker says today the two men have a respectful relationship, but they're not close. "I don't think they talk very often. I interviewed Cheney for the book; he said, 'we're not buddies, we weren't buddies.' It was a professional relationship."