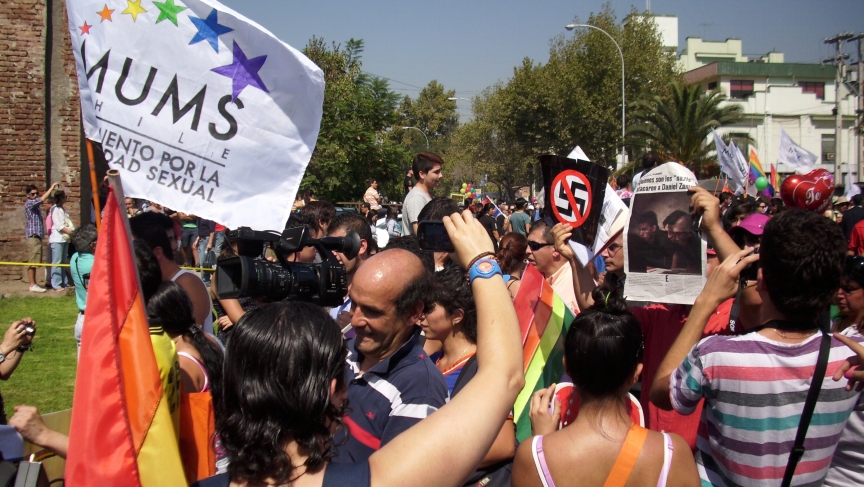 Friends and supporters of Daniel Zamudio's pass by the Plaza of Peace during the young man's funeral on March 30, 2012.

Four men beat Daniel Zamudio to death in a park in Santiago, Chile, 18 months ago.

He wasn't the first gay man to be attacked, not even to be killed, but his murder galvanized many in the country to push for gay rights and anti-discrimination laws.

Why? The BBC's Gideon Long says much of it is due to the sadistic nature of the attack. 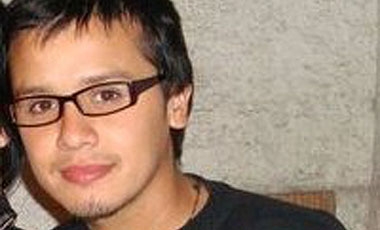 Daniel Zamudio's sadistic murder at the hands of four men has caused many Chileans, including leading presidential candidates, to push for gay rights and to condemn homophobia.

Zamudio was walking alone in a park late at night when the men attacked him. They beat him to the ground. They kicked him. They knocked him unconscious. Then, they started to torture him — by carving swastikas into his skin, by smashing his leg with a huge rock, and then by urinating on his body before they left him for dead.

All this was describes in detail during the trial of the four men. All were convicted of murder.

The whole incident — and the response it has generated — is reminiscent of the 1998 murder of Matthew Shepard in Laramie, Wyo. Like Shepard's tragic story, the murder of Zamudio is changing the conversation about gay rights in Chile.

The BBC's Long says gay rights haven't figured in previous elections. Pride parades have also popped up in recent years. So one might think that Chile is well on its way to change.

And, it is. But, it still has a long way to go. Just last week, six people beat another gay man in a town south of Santiago. There are reports the man had one of his eyes cut out.

"He's in a coma right now, fighting for his life," Long says. "Clearly, there is a lot of work still to do."