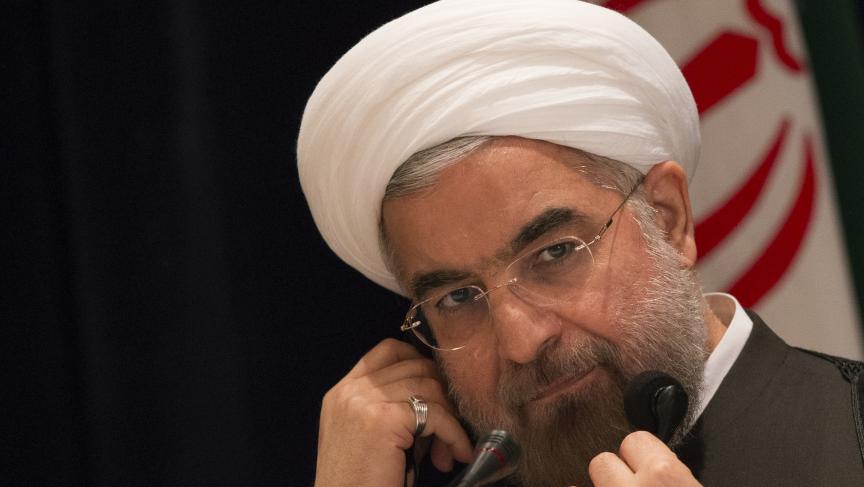 As multilateral talks on Iran's nuclear program kick off this week in Geneva, many Iranians are applauding what they see as a striking new tone in Iran's diplomacy.

Among those celebrating the change is Haleh Anvari, an Iranian artist and writer who divides her time between London and Tehran.

"During eight years of [former president Mahmoud] Ahmadinejad, the whole language of the country changed to this sort of feisty street language which, as you say, if it was colorful for you, I can assure you it was 50 times more colorful and astounding by Iranian standards. You never expected the kind of allusions that he used to be used by a man of politics," Anvari says.

"What I see now is... not what they're referring to as a 'charm offensive,' which I also see as being a little bit cynical, but more a return to how I would expect my country to be presenting itself — to be representing me and this nation that is 3,000 years old with this incredible history."

Anvari was born in Iran and went to England when she was a teenager — before Iran's revolution. She returned to live in Iran about 20 years ago, but these days, she's in London.

She says she's "amazed and incredibly proud" of the political maturity of the young generation of Iranians who went to the polls to vote for President Hassan Rouhani.

"This pragmatism needs to seep up to the highest echelons of the Islamic Republic," Anvari says.

She hopes international economic sanctions on Iran will ease soon.

"For us, the sanctions, apart from making things expensive, it also means that the country goes into a kind of 'Cold War' mode, which means that freedom of expression becomes less available to us," Anvari says.