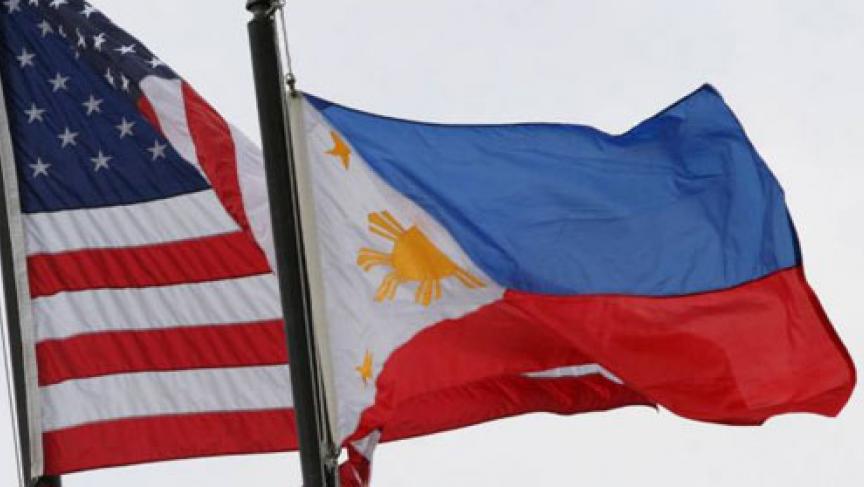 The Filipino and American flags fly together.

Brown signed AB 123, a bill introduced by Filipino American Assemblymember Rob Bonta (D-Alameda) earlier this year, which would require the State Board of Education to include the role of Filipino Americans in the farm worker movement as part of the state’s curriculum.

“I am proud that Governor Brown recognizes the contributions of Filipinos to the history of our state and country by signing AB 123 and including them in the history and social sciences curriculum taught in California schools,” Bonta said in a statement.

Cruz, Itliong and the Delano Manongs' contributions to the farm worker movement that sparked massive social change in the 1960s and 1970s are largely forgotten in mainstream history books and national media, Bonta said.

But historians say it was Itliong who spearheaded the 1960s farm worker movement, coordinating strikes for better wage and living conditions for his colleagues before Chavez joined the board. Now, he stands to gain some measure of recogition for that role

“It’s about time,” said Johnny Itliong, Larry Itliong’s son. “I’ve waited most of my life for people to give my father credit for his work. This is a dream come true.”

Johnny Itliong, who is in the process of writing a book about his father, said it’s important for Filipino kids to learn about their history. Most Filipino Americans don’t really learn about the contributions of Filipinos in the farm worker movement until they get into college.

“By signing AB 123, Governor Brown has made an unprecedented move to give students a more complete account of California’s farm labor movement and ensure that these important leaders, such as Philip Vera Cruz and Larry Itliong, are remembered by future generations of Californians,” Bonta said.

Under the legislation, middle and high school students from grades 7 to 12, will learn about the roles of Filipino Americans and other immigrants in the farm worker movement.

“The students of California need to learn that the sacrifices made by both the Filipino and Latino workers benefitted all Californians. AB 123 will ensure that the history is taught accurately,” Huerta said in a statement.

Itliong said this legislation is only part of Filipinos getting the recognition they deserve. He hopes this will become a nationwide initiative and be included in all textbooks.