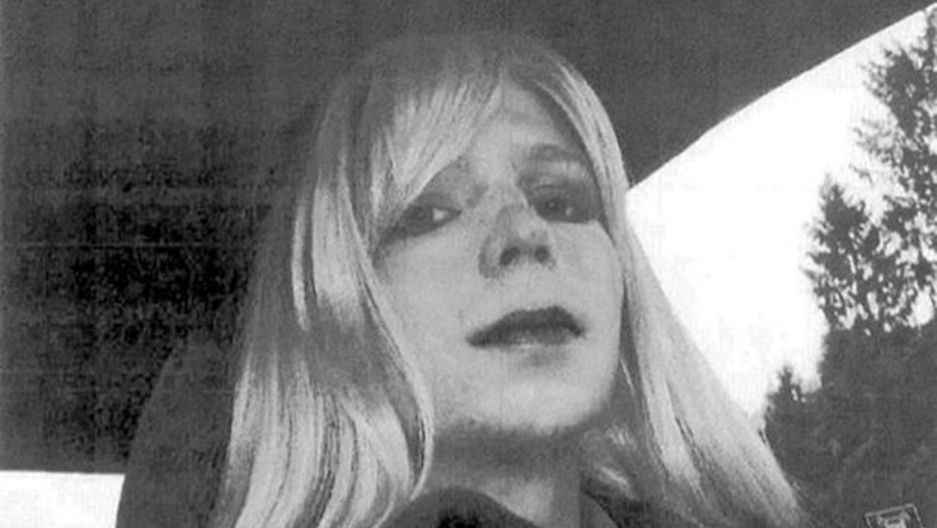 One day after being sentenced to 35 years in military prison for leaking state secrets, United States soldier Bradley Manning came out as transgendered, requested to be referred to as a woman, and asked to be called Chelsea Manning.

"As I transition into this next phase of my life, I want everyone to know the real me," Manning wrote in an Aug. 22 statement, "I am Chelsea Manning. I am a female. Given the way that I feel, and have felt since childhood, I want to begin hormone therapy as soon as possible. I hope that you will support me in this transition."

However, Manning may find that support be in short supply at Fort Leavenworth.

At Leavenworth, an all-male military prison in Kansas, the military leadership have announced that they do not intend to provide Manning with transgender hormone therapy. The prison will provide psychiatric support, but their refusal to provide the hormones Manning has requested has drawn backlash from critics who say the move is in violation of the Eighth Amendment, which prohibits cruel and unusual punishment.

Recent court cases have established an evolving precedent around the way transgender people are treated by the prison system. In August 2011, a U.S. Court of Appeals upheld a 2005 ruling overturning a Wisconsin law that prevented doctors from proscribing hormone therapy to inmates.

The standards offer rights to the full spectrum of transgender people including those who look male but have XX chromosomes, those with differently gendered genitalia internally than outwardly, and those who took hormones or underwent surgery to make the switch.

According to the PREA rules, transgender inmates have the ability to choose whether to live around men or women. The rules apply to all correctional facilities including military prisons.

On top of the high profile surrounding Manning's case, her coming out could make her a target at Fort Leavenworth. Manning's lawyer, David Coombs, said he was going to do everything in his power to be sure that the prison is forced to provide the hormone therapy Manning requested.

Critics have blamed the military for failing to provide assistance to Manning who, in 2010, was diagnosed with gender identity disorder by an Army clinical psychologist. Also in 2010, Manning emailed a superior describing her gender issues and included a photo of herself in a wig and lipstick. The email's subject line was "My Problem."

Alisha Williams, Director of Prisoner Justice at the Sylvia Rivera Law Project, said she sees Manning's disorder as separate from the circumstances of her trial.

"It seems that Chelsea has identified as a woman or having some of those feelings well before these any of these leaks or anything occurred and whether or not the trial had happened, I still think that she would have come out as transgendered — as Chelsea Manning," Williams said.

Williams represents 35 transgender clients who have been mistreated in prison and gets calls each day from people describing similar physical and sexual harassment, she said.

"Just in the context of prisons themselves, they are the primary source of state violence that trans people and low income people face everyday," Williams said. "Especially being in the hyper-masculine environment of the military I fear for her safety even more."