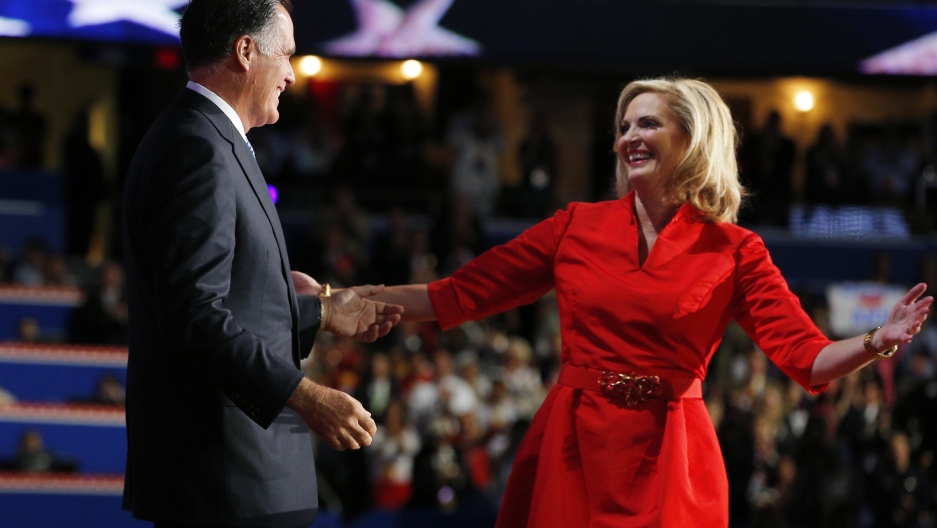 It's been a rough few weeks with women voters for the GOP, especially in the wake of controversial comments from Republican Rep. Todd Akin. It fell then to Ann Romney to introduce her husband Mitt to the nation and try to build connections with women voters.

"I can only stand here tonight as a wife and a mother and a grandmother, an American, and make you this solemn commitment," Romney said to the assembled delegates. "This man will not fail."

Jennifer DeJournett, president and co-founder of Voices of Conservative Women, said Ann Romney made the case that the Romney/Ryan team have heard the concerns of American moms, American women.

"As a mom, and especially a woman, working mom in this economy, I appreciated finally someone acknowledging that America has been working as hard as we can for the last four years and it's just not working," DeJournett said.

DeJournett rejected calls for more women to step up and repudiate Akin's comments. She said that's been happening ever since Akin made his totally "inappropriate" remarks.

"Every party has elements in it that aren't appropriate and obviously, everybody condemned Akin," she said.

Joyce Kimball, a 76-year-old who has voted for a Republican in every election since John F. Kennedy ran in 1960, but who now considers herself an independent, said Ann Romney's speech was very good.

"She did a good job of humanizing (Mitt)," Kimball said. "As far as swaying votes, I don't know. I suppose it depends on what the women were wanting to hear."

For her own opinion, Kimball said she wouldn't be casting her vote based on personality, but rather on what she thinks Mitt Romney can do for the country.

"I think he will be able to do better than what we've had in the last four years," she said.

Renee Amoore, deputy chairwoman of the Pennsylvania Republican State Committee, said as good as Ann Romney's speech was — and she too praised it for humanizing Mitt Romney — she said the candidate himself will have to connect with women voters when he speaks Thursday night.

"He has to do a good job so people know, 'OK, great, he does care about us. He does want to make sure we have a job, we have a home to live in,'" Amoore said. "He has to really hit it. He has to hit everything."

Amoore said she wants to hear facts and solutions. While she lauded President Barack Obama's speaking ability, she said she's suffered under regulations his government has put in place or allowed to continue. So she's hoping to hear Romney speak directly to her concerns.

"Governor Romney understands business, he understands economy and those kinds of things," she said. "Our party has to make sure we have the right messengers. We have a good a message, but it's about your message."