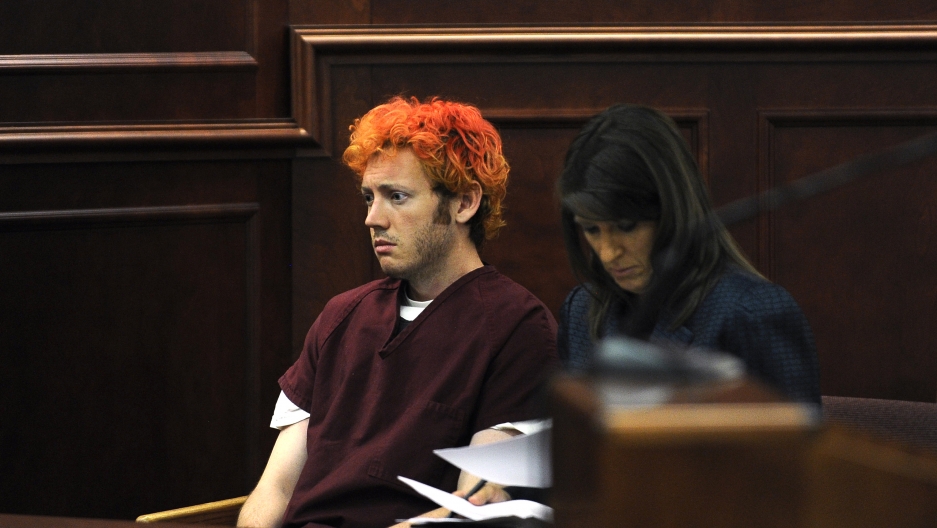 Commentators and politicians have started to liken James Holmes, the suspected killer in last week's deadly shooting in a Colorado movie theater, to a terrorist.

Colorado Governor John Hickenlooper did so twice Sunday morning — on NBC's Meet the Press and again on CNN's State of the Union.

"In a funny way, this guy was a terrorist," Hickenlooper said on CNN. "He wasn't a terrorist in the sense of politics, but for whatever twisted reasons that we can barely even imagine, he wanted to create terror. He wanted to put fear into peoples' lives."

Whether a mass murderer like Holmes qualifies as a terrorist will remain a hotly debated issue in the weeks to come.

Anders Breivik, the far-right Norwegian accused of murdering 77 people last summer, is often called a terrorist, even though he acted alone and killed his own countrymen. Joe Stack, the man who flew a plane into a Texas IRS building in 2010, is also sometimes remembered as a domestic terrorist, as is Timothy McVeigh, the man responsible for the Oklahoma City Bombing in 1995 that killed 168.

But what about 24-year-old Holmes? On Friday, he opened fired on a crowded movie theater during a midnight showing of "The Dark Knight Rises" in Aurora, Colo., killing 12 people and injuring 50 more.

Anthony Lemieux, a social scientist who studies terrorism, said certain aspects of the Aurora shooting fit the profile of a terrorist attack, but that investigators needed more information to know for sure.

"One of the things that really is important in understanding terrorism is getting at some of those underlying motivations," said Lemieux, a professor at Emory University and at Georgia State University, and an investigator with the National Consortium for the Study of Terrorism and Responses to Terrorism.

Lemieux said it was still too early to know what motivated Holmes. That he appears to have worked alone, though, or even without an obvious ideological bent doesn't disqualify him as a terrorist, Lemieux said.

"There's definitely the lone-wolf aspect of terrorism that we need to be concerned with," he said.

He said law enforcement officials had a harder time identifying lone-wolf terrorists than members of terrorism networks, such as al-Qaeda.

Holmes appeared in court for the first time Monday, where he sat in silence as a district court judge told him his rights and that he would likely face charges of first-degree murder, the New York Times reported. Prosecutors are expected to formally file charges next Monday.